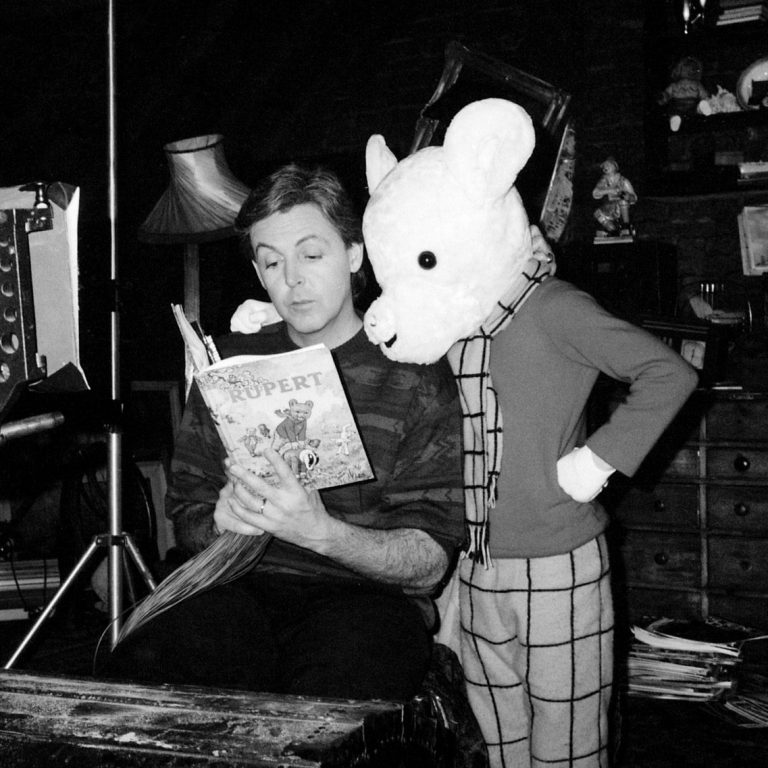 “We All Stand Together” sessions

Rupert Bear is a children’s comic strip character created by English artist Mary Tourtel and first appearing in the Daily Express newspaper on 8 November 1920. Rupert’s initial purpose was to win sales from the rival Daily Mail and Daily Mirror. In 1935, the stories were taken over by Alfred Bestall, who was previously an illustrator for Punch and other glossy magazines. Bestall proved to be successful in the field of children’s literature and worked on Rupert stories and artwork into his 90s. More recently, various other artists and writers have continued the series. About 50 million copies have been sold worldwide.

The comic strip was, and still is, published daily in the Daily Express, with many of these stories later being printed in books, and every year since 1936 a Rupert annual has also been released. Rupert Bear has become a well-known character in children’s culture in the United Kingdom, and the success of the Rupert stories has led to the creation of several television series based on the character. The character also has a large fan following, with such groups as The Followers of Rupert.

On this day, it was announced that recently-formed company MPL (McCartney Productions Ltd) acquired the film rights for the cartoon character Rubert The Bear. From MSN.com:

Paul McCartney enjoyed Rupert’s stories as a kid, and particularly loved the illustrations of Alfred Bestall, who spent more than 40 years crafting tales and pictures for the bear. But it wasn’t until he was telling those stories to his daughter Heather that McCartney saw the character’s full potential.

With The Beatles coming to an end, McCartney was looking for new endeavours, so approached Daily Express editor Sir Max Aitken, and convinced him to sell the film rights. With Macca bemoaning the Americanisation of Winnie the Pooh by Walt Disney, he promised to keep U.S. accents out of this very British story.

I’ve bought up the film rights for Rupert the Bear the cartoon character from the Daily Express. As a kid I loved that strip – I’ve still got all the old Rupert annuals at home.

I ended up going to see Sir Max Aitken who was the head of the Daily Express at the time, in his big office in Fleet Street, and said, ‘Look, Max, baby, we’ve got to keep Rupert in England because if the Yanks get hold of him they’ll make him talk like Winnie the Pooh and he’ll be an American Rupert.’ So I said, ‘You’ve got to let someone like me do it.’ I gave him all the big spiel and he was impressed. So that was how we got the animation rights to do Rupert.