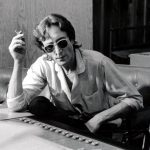 From Wikipedia: On the evening of 8 December 1980, English musician John Lennon, formerly of the Beatles, was fatally shot in the archway of the Dakota, his residence in New York City. The perpetrator was Mark David Chapman, a recently unemployed resident of Hawaii. Chapman stated that he was incensed by Lennon’s lifestyle and public 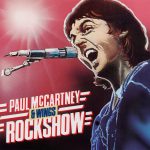 From Wikipedia: Rockshow is a 1980 concert film release by Paul McCartney and Wings, filmed during the band’s 1976 North American tour. The film features 30 songs from segments of four concerts of the tour: New York, on 25 May (four songs); Seattle, Washington, 10 June (five songs); and Los Angeles, California, 22 June (fifteen

“Seaside Woman“, Linda McCartney’s 1973 song has been turned into a five-minute animated film by Oscar Grillo in 1980. It depicts a young Jamaican girl and her loving parents who tend the fishing lines in Jamaica. From TVTropes: The simple story, set in Jamaica, involves a fisherman, his wife, and their little daughter. The “seaside 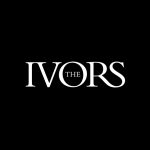 From Wikipedia: The Ivor Novello Awards, named after the entertainer Ivor Novello, are awards for songwriting and composing. They have been presented annually in London by the British Academy of Songwriters, Composers and Authors (BASCA) since 1956, and over 1,000 statuettes have been awarded. The 25th Ivors were presented by BASCA and sponsored by PRS;

Day 2 of the filming of the "Coming Up" promotional video

Day 1 of the filming of the "Coming Up" promotional video

From Wikipedia: The music video for “Coming Up” features Paul McCartney playing ten roles (himself, two guitarists, a bassist, a drummer, a keyboard player, and four horn players) and Linda McCartney playing two (one female and one male backup singer.) The “band” identified as “The Plastic Macs” on the drum kit (a homage to Lennon’s 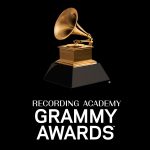 From Wikipedia: The 22nd Annual Grammy Awards were held on February 27, 1980, at Shrine Auditorium, Los Angeles, and were broadcast live on American television. They recognized accomplishments by musicians from the year 1979. This year was notable for being the first year to have a designated category for Rock music. In this newly created

Paul receives the Reader's Award For Outstanding Music Personality of 1979

Paul received on this day a “Reader’s Award For Outstanding Music Personality of 1979“, as voted by the readers of the Daily Mirror. This was the first public appearance since the Japan accident. The ceremony was held at the Café Royal in London, as part of the “The British Rock & Pop Awards“. It was 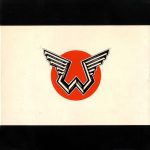 Back from Japan, Paul McCartney decided to write his memories of this 9-days experience in a Japanese jail. As explained by Philip Norman: On his return home, he had recorded a video message to be shown on Japanese television, apologising to his tearful fans for his ‘mistake’ and giving a thumbs-up to his former guards.

Arriving in Amsterdam, from Japan, Paul McCartney was interviewed for the Dutch television: What happened ? Paul McCartney. I was in jail for 10 days, didn’t you hear it? Yes indeed… How did you get out? How I did get out… Walking on foot. What did the authorities do? They dropped the charges. Why? Don’t