While the focus since the beginning of the year was on the Beatles songs, I have switched to pure McCartney stuff in the past weeks. Year 1987, some live albums, “Run Devil Run“… Don’t ask me the logic, as I sometimes go very random when it comes to organize the work on this project 🙂

Released in 1988 in the USSR, and three years later in Western countries, the Russian album has been recorded in 2 days of 1987. Discover all the details about the “Choba B CCCP” and related albums:

“Once Upon A Long Ago” was the single of year 1987, released in 4 different versions – with never previously heard songs from Choba B CCCP in Western countries:

“Once Upon A Long Ago” was however issued first on All The Best!, a few days before the singles.

The mostly overlooked live album from Paul, released in 1993: 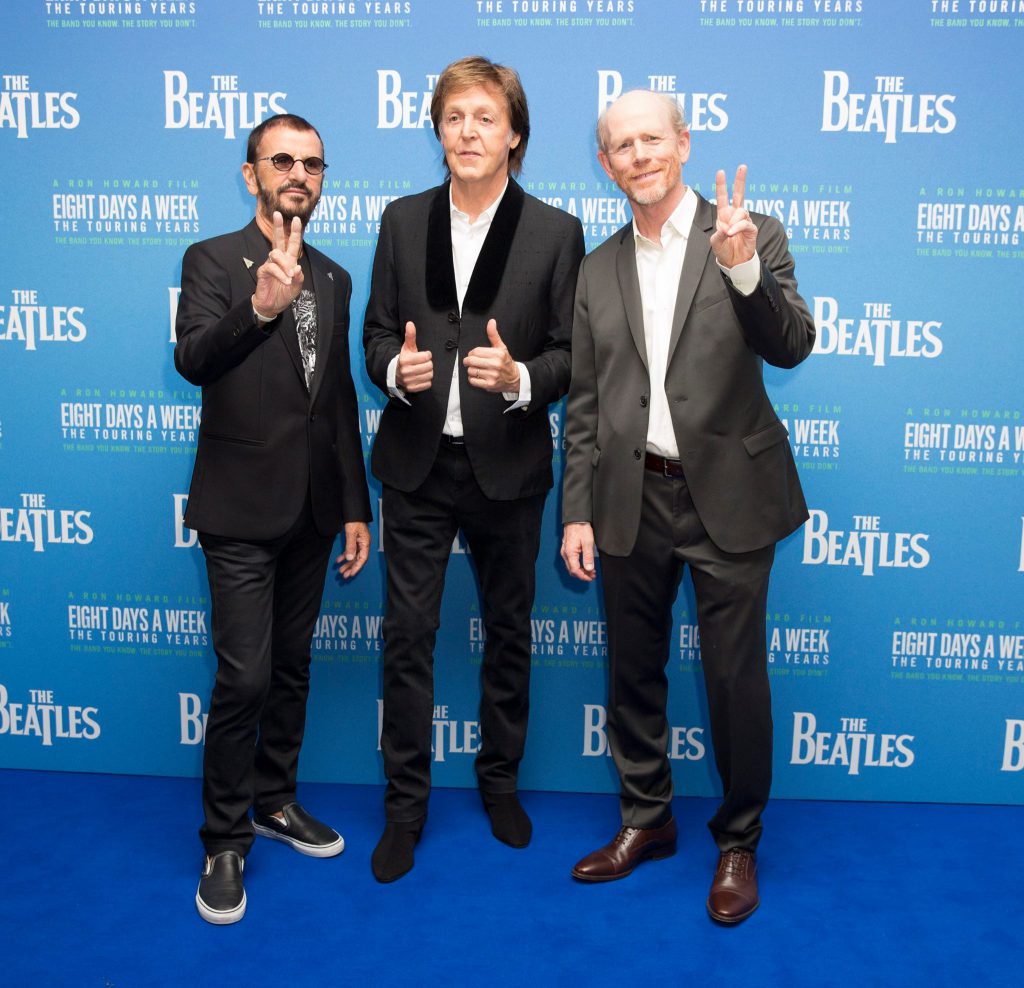 Paul, Ringo & Ron Howard at the World Premiere of The Beatles: Eight Days A Week – The Touring Years. – From The Beatles Official Facebook Page

Hello!
I want to know, does Paul McCartney co-sings in a song named "Black Beatles"? Is it true?

Thank you. I love your web.

Thanks for the kind words, Ruben.

My understanding is that Paul endorsed the song "Black Beatles" by tweeting his own Mannequin Challenge video with this song in the background, back in 2016 ; but as far as I get it, I don't think Paul has cosigned it, as some articles have reported it.