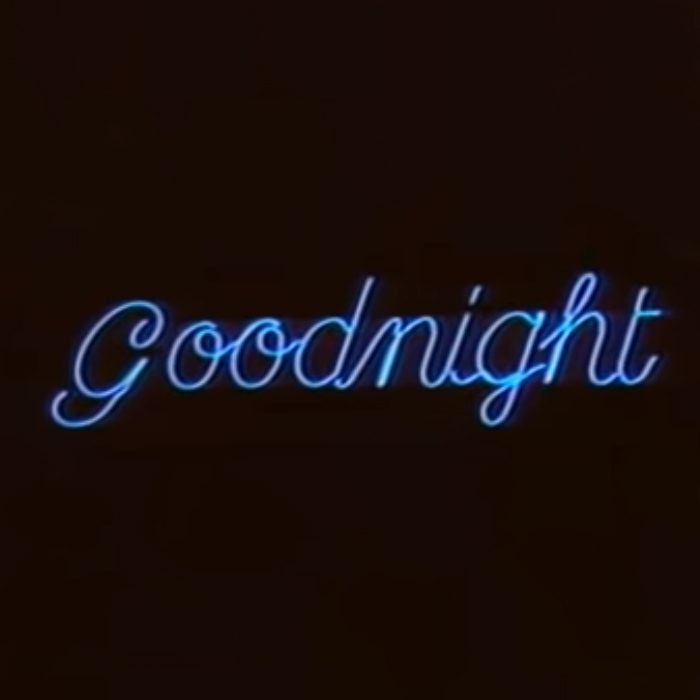 If you’re looking for excellence in a job, you turn to the experts. So when Wings had to plan the promotional film for their hit single, ‘Goodnight Tonight’, they turned for the second time to the three man team acknowledged to be the leader in the field: Keef & Co. Having made promotional and concert films for the music business for nearly five years, Keef McMillan, Phil Davey and Hugh Scott-Symonds have a staggering total of 250 films behind them. They had already worked with Wings on the ‘I’ve Had Enough’ film, made last summer in Scotland and so were obvious candidates for the commission.

Paul himself suggested to director Keef McMillan the theme of using a 40s style set, which would be best realised in a dance hall setting. The Hammersmith Palais, at one time the largest dance hall in the world, was secured for the shooting. It is still one of the prettiest, and has the additional facility of a revolving stage, the only one to be found in London with the exception of the one at the London Palladium. By the time the crew is on location, the director must have everything finely scripted to the music being used, and it’s then a question of the realisation of the idea.

The entire film was shot on video tape during one day, Tuesday, 3 April. The project began unfolding at the unearthly hour of 5.30 a.m. when the lighting crew, under the direction of John Henshel, began to assemble the complicated rigging structures which were necessary for the difficult shooting. They erected eight huge scaffolding towers which had follow-spots and lights on them to create the effect of the special 40s style lighting which was a feature of the main section of the film. The reason for the complex lighting was that each person on stage had to be lit separately, using a good deal of soft back light playing off their well-greased hair, to achieve the 40s look. In the 40s when films were shot in black and white, this was essential because. it separated the figures from the background, something which was unnecessary with the advent of colour film. But to achieve the same effect in the promotional film it was still done despite being shot mostly in colour, apart from the black and white opening. By 4.00 p.m. the lighting was completed, and it was time to roll the cameras.

The shooting was done with three International Video Corp. (IVC) cameras, one of which was mounted on a crane, responsible for giving those nice sweeping shots across the stage when the band were playing in the main section of the film. This particular camera’s merit is that it is small, and can be used hand-held or in the studio as well. From 4.00 to 7.00 p.m. the sections involving the band in everyday clothes were shot. Then there was a break for the change into costumes and the shooting finally finished about 1.00 a.m. A roll-back technique was incorporated into one of the versions of the film, which involved cutting into the film the band in regular clothes with everything in the same position as it was when they were in costume. This was a very precise operation technically and required fine co-ordination of all the effects.

Contrary to popular thinking, during a video production the director is not present on the set, but is located instead in the control truck outside, looking at the three monitors (one for each camera) during the filming, and he communicates his directions through earphones to his floor manager on the set. He decides by looking at the monitors when to cut, re-take etc. In between takes he returns to the set to speak to the band. With him in the control truck are also the vision mixer, production assistant, and the sound engineers, who are responsible for the sound technique known as “miming to playback”, which uses the existing recorded sound from the record.

Keef & Co. sub-contracted all the production side, which included the lighting director and five “sparks”, the video facility consisting of three cameramen, sound and vision engineers and riggers, the video free-lance crew of floor manager, production assistant and vision mixer, and the make-up artist and hairdresser (Vincent, from Leonard’s), totalling about 33 people in all. The operation was similar to staging an outside broadcast for television. Everything had to be brought on to the set, from the wooden crane supports to the specially made silver palm trees and cacti.

Five versions of ‘Goodnight Tonight’ were made that day, with three being chosen for screening after completion. All the work was done in that one day, with the editing taking place the following day. Video may be more expensive than film, but it wins out for speed and immediacy which is vitally important in this medium.

All in all the production went along smoothly without mishap. Tempers stayed cool. During the intervals the band relaxed with a bit of a singsong much appreciated by the crew. It was hard work, but technically interesting and it produced a first-rate promotional film to match the quality of the song. British viewers have seen it on the BBC’s “Top of the Pops” and ITV’s Kenny Everett Show, where the film was run in its entirety, ending with the stage revolving to reveal the “GOOD NIGHT” sign.