“Back To The Egg” launch party 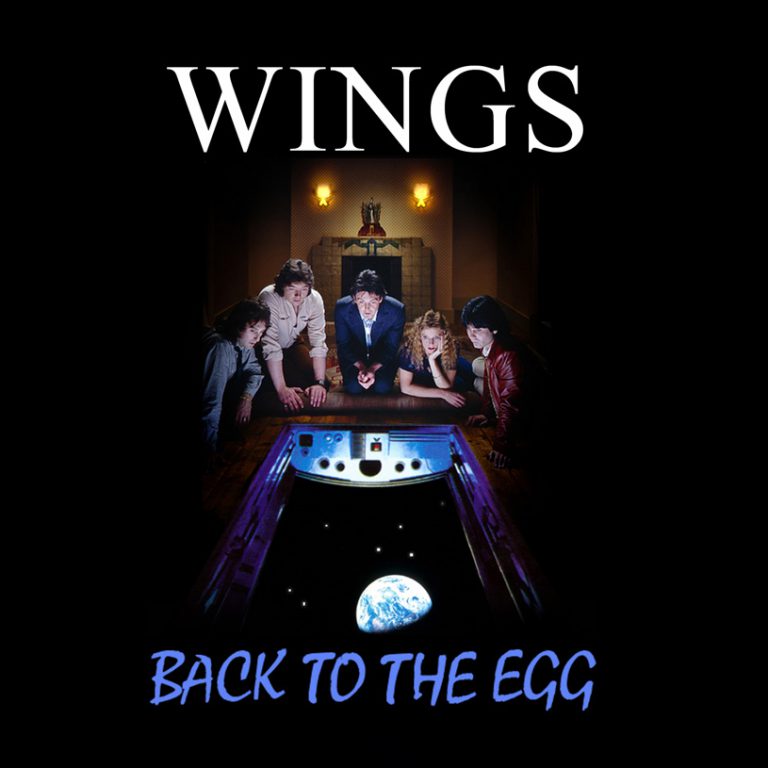 Back To The Egg, Launch Party

“Back To The Egg” TV program broadcast on US TVs

“Back To The Egg” TV program premiered on UK TV

From Meet The Beatles For Real:

Another fan story from the Aug/Sept 1979 issue of “The Write Thing.” This one is about a fan named Art Barry who meets Paul at a party held at Abbey Road Studios for the release of the last Wings album, “Back to the Egg.”

Going to England for the first time, and thinking you had an opportunity to see (from a distance) Paul McCartney is probably wishful thinking, or we might say maybe I could be in the right place at the right time, or maybe catch him leaving his home for a couple of photographs. But to see him, meet him, and have an opportunity to actually speak to McCartney was the farthest thing from my mind at the time. Well timing being just right, this all happened to me on my first trip to London!!

On June 11, and 12:30p.m., Paul McCartney and Wings gave a private press party for their new release, “Back to the Egg.” A contact of mine, had asked me that Saturday, if I’d like to come along and meet McCartney – well, I said sure and half believed him. He had an extra invitation, which a person at his place of work was not going to use. The invitations were hand delivered by MPL. They were on paper plates, with a rubber egg on it. It read in type around the plate, “Wings and EMI records invite you to join them at Abbey Road studios for a party to celebrate the launch of their new album BACK TO THE EGG on Monday, June 11 at 12:30pm. Drinks and buffet by invitation only. Admit one.”

Well my friend had told me that the last time Paul put on a party (London Tome) he showed up very late for the boat ride, and wasn’t there for long, so don’t expect him to show early.

We drove right up past the gate parking lot (of Abbey Road studios) around 12 noon, and walked right in, giving up our invitations at the door, having our names checked off. First of all, just having an opportunity to be at the same press party with McCartney was not too bad but to have a chance to see the insides of one of the most famous studios anywhere (if only the walls could talk) was really fantastic!

Fat boxed press kits were passed out at the door. The party was held in studio number 2, and for some of you who may not be familiar with Studio 2, Abbey Rd; ask someone who knows! Black curtains were draped around the studio. About 1o round outdoor-type tables were setup, with umbrellas, which were actually made to resemble fried eggs, which looked very nice. An open bar and buffet were at the door.

Paul was upstairs in an editing room viewing some videos which the group had finished the previous week. Guess he made a mistake by going out of the room for a smoke, when he was pounced upon by about 10 photographers. After that, it was all questions. Paul’s manager then escorted him down ot studio 2 for the reception. At this time about 60 people had gathered in the party, I was surprised that the number of people wasn’t higher. Anyway, Paul was later joined by Linda and Denny and then the two new members to the band.

Paul was quite accessible, something that I had thought would be just the opposite – well at least in the States. Guess he felt at home. Anyone could (and did) walk up to Paul to ask him just about anything! I did not once here anyone ask him any stupid questions, such as “when are you going to get back with you-know-who?” sort of thing. I doubt if he would have ever answered. He was mostly answering technical questions about his new LP. And lots of questions about his super star session.

They even showed on a big video screen, a 20 minute excerpt of a rehearsal for the “Rockestra” track, which was fantastic! Paul had said they were going to release the whole film to the cinemas soon, he thought.

Wings had also been doing a lot of promo taping in and around the countryside of London, and even in an old aircraft hanger. It seems Paul has really gotten into filming lately. He also spoke briefly about an actually acting role in “Band on the Run” (the script is still being written) which is one of their future projects.

Wings were going to do the small club type unannounced thing this summer, but they have not had a holiday in months, so the small tour won’t get off the ground til Fall, then probably another world wide tour. I got the impression they make their plans 2 years in advance.

Anyway, it was fun going thru Studio 1 and Studio 3, we had one of the engineers show us around – it’s quite large. The Abbey Road Studios go back quite a few years – lots of history!