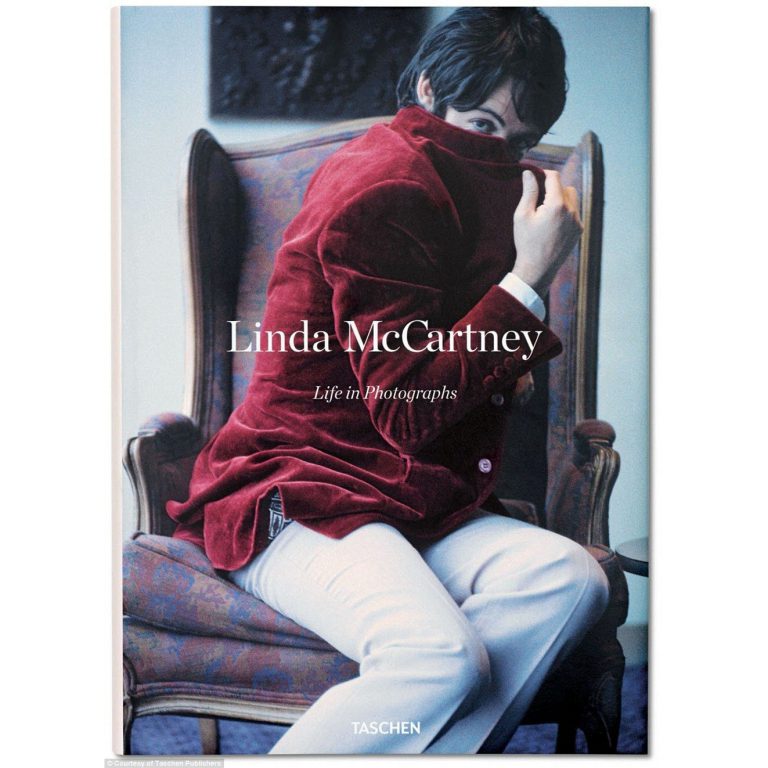 On June 6, 2011, Paul McCartney and daughters Mary and Stella attended a private viewing of the new “Linda McCartney: Life in Photographs” exhibition, which was opened to public from June 7 to 16.

This week sees the opening of a new Linda McCartney exhibition at the Phillips de Pury Gallery in London. The exhibition is made up of 26 images taken from the newly published and very recently released Taschen book ‘Linda McCartney: Life In Photographs’. The selection included in the book from Linda’s huge photographic archive – made in collaboration with Paul McCartney and his children – is a moving testament to a photographer of great subtlety and versatility.

The exhibition presents a unique opportunity to purchase exhibition-quality prints from a moving personal collection ranging from her early rock ‘n’ roll portraits, through the final years of The Beatles, via touring with Wings to raising four children with Paul, Linda captured her whole world on film. Her shots range from spontaneous family pictures to studio sessions with Stevie Wonder and Michael Jackson, as well as artists Willem de Kooning and Gilbert and George.

There was no time for Paul to rest after the [Brazilian] shows though. He returned to London to prepare for something very dear to his heart, the exhibition of Linda McCartney’s photographs that was held at the Phillips de Pury Gallery in early June. The exhibition featured 26 images taken from the newly published Taschen book ‘Linda McCartney: Life In Photos’. Made in collaboration with Paul and his children, the book is a moving testament to Linda and her exquisite photography.

As Stella McCartney explained on the evening “I think the whole thing has an underlying sadness to us as a family, because you remember what an amazing woman she was and you really see that through her eyes and through her work. I personally found it quite fulfilling and quite humorous. The humour in the book and the way she saw us, especially in the family life was really refreshing to me.”

Paul added: “We used to say, ‘When are we ever going to look at these?’ – because you don’t. You take all of these family snapshots and they remain in your camera, or in your drawer. So we said that we would choose one day a year and we’ll just get all of the scrap books out, and we did that a bit. But as Stell said, this whole process was great for that. We had all the old photos and finally we got to look at them all.”

Paul and his daughters Stella and Mary visited the exhibition for a private view with friends and family including Sir Peter Blake, Jo Whiley, David Gilmour, Chrissie Hynde, David Walliams, Tracey Emin, Sam Taylor Wood, Aaron Johnson and Jools Holland. Afterwards, the team and Paul’s friends went for a private dinner at The Wellington Arch on Hyde Park Corner to reminisce, laugh together and enjoy the amazing views in a fantastic location. As Paul said to me on the night, it was certainly “a memory location” as it was such a unique and unforgettable place to be. A very fitting end to a special evening…