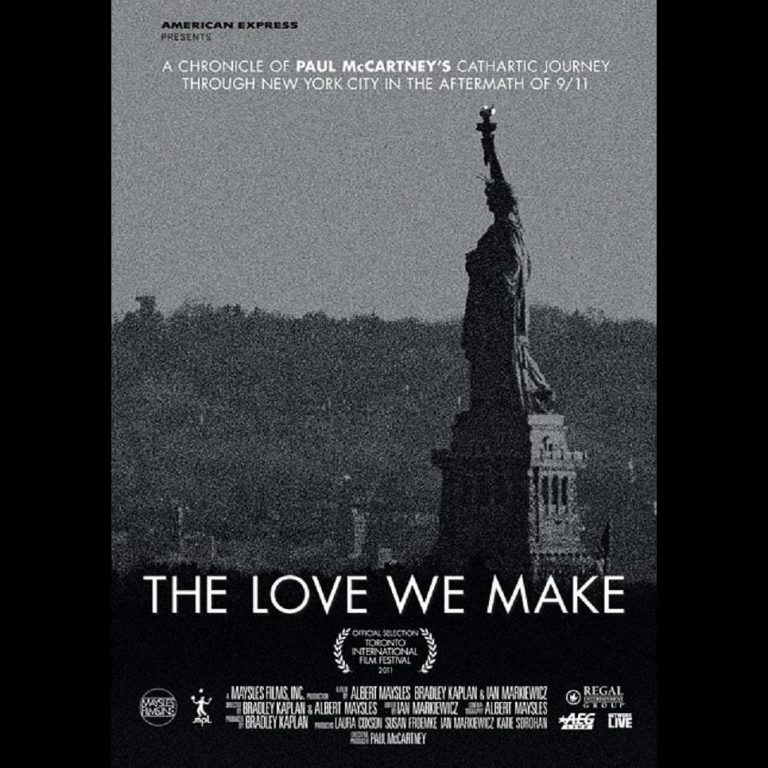 The Love We Make

[…] Paul is also set to appear not once, but twice, at the prestigious Toronto Film Festival later this month. The annual film festival is known as the place the Oscar buzz kicks off and is now in its 36th year. This year, the festival will host two previews of films featuring none other than the big boss himself, Paul McCartney. The first was the moving documentary ‘The Love We Make’, which chronicles Paul’s cathartic journey through New York City in the aftermath of 9/11. Following its screening at the festival, the documentary will be shown on Showtime in the US this weekend to commemorate the 10th anniversary of the terror attacks. The festival will also screen the special ‘Blue Sway’ video, directed by Paul and surf film maker Jack McCoy and included as an extra on the recent ‘McCartney II’ reissue. The video has already won the ‘Best Music Video’ Award at the NYC BE FILM Short Festival and will no doubt delight more fans in Toronto.