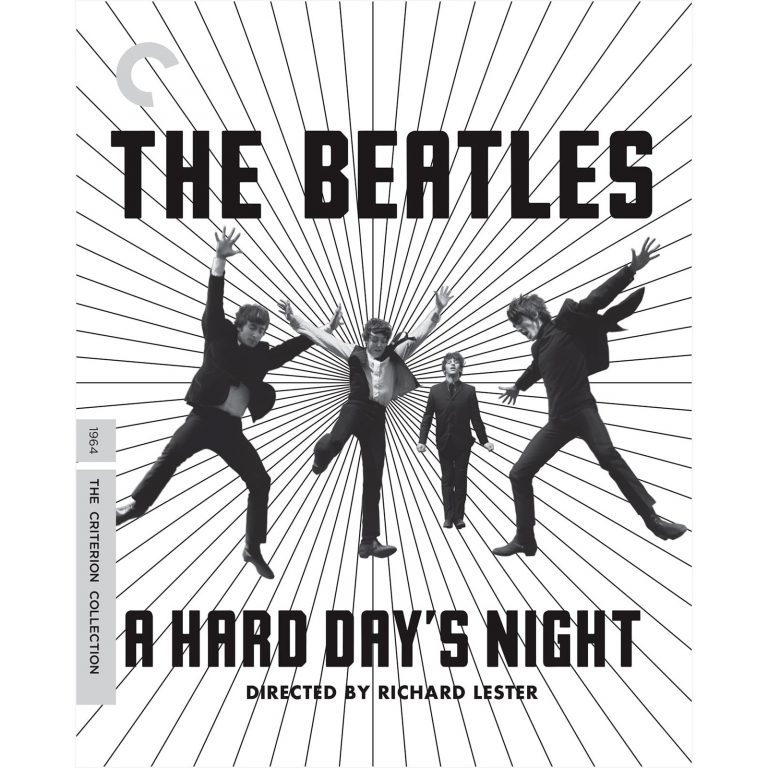 Meet the Beatles! Just one month after they exploded onto the U.S. scene with their Ed Sullivan Show appearance, John, Paul, George, and Ringo began working on a project that would bring their revolutionary talent to the big screen. A Hard Day’s Night, in which the bandmates play cheeky comic versions of themselves, captured the astonishing moment when they officially became the singular, irreverent idols of their generation and changed music forever. Directed with raucous, anything-goes verve by Richard Lester and featuring a slew of iconic pop anthems, including the title track, “Can’t Buy Me Love,” “I Should Have Known Better,” and “If I Fell,” A Hard Day’s Night, which reconceived the movie musical and exerted an incalculable influence on the music video, is one of the most deliriously entertaining movies of all time.

In Their Own Voices, a new piece combining 1964 interviews with the Beatles with behind-the-scenes footage and photos

“You Can’t Do That”: The Making of “A Hard Day’s Night,” a 1994 documentary by producer Walter Shenson including an outtake performance by the Beatles

Picturewise, a new piece about Lester’s early work, featuring a new audio interview with the director (dual-format only)

Anatomy of a Style, a new piece on Lester’s methods (dual-format only)

English subtitles for the deaf and hard of hearing

PLUS: An essay by critic Howard Hampton and excerpts from a 1970 interview with Lester (dual-format only)