Stephen Kendall “Steve” Gadd (born April 9, 1945) is an American musician. Gadd is one of the most well-known and highly regarded session and studio drummers in the industry, recognized by his induction into the Modern Drummer Hall of Fame in 1984. Gadd’s groove on Paul Simon’s “50 Ways to Leave Your Lover“, and drum solo on Steely Dan’s “Aja“, are both examples of his seminal sound and signature style. He has worked with popular musicians from a wide range of genres including notably Simon & Garfunkel, Steely Dan, James Taylor, Eric Clapton, Joe Cocker, Grover Washington Jr., Chick Corea, Lee Ritenour and Al Di Meola.

In one way or another, the job is always the same: you try to come up with parts that are supportive of the music. When I worked with Paul, he didn’t give me a lot of direction per se. There were a few times, I think, when I wasn’t playing as big and loud or as energetic as he wanted, so I made whatever adjustments were necessary.

I remember there was a lot of emotion in the air the first time I recorded with Paul. It was not too long after John Lennon had been shot, so as you can imagine, things were…it was heavy. The emotions that everybody was feeling, coupled with the beauty of our surroundings [the island of Montserrat, where George Martin operated AIR Studios], it all came out in the music. Oh, and Ringo Starr was there, too. I had played with him on one of his solo records, so we were old friends. It was great being around him; he’s so inspiring. 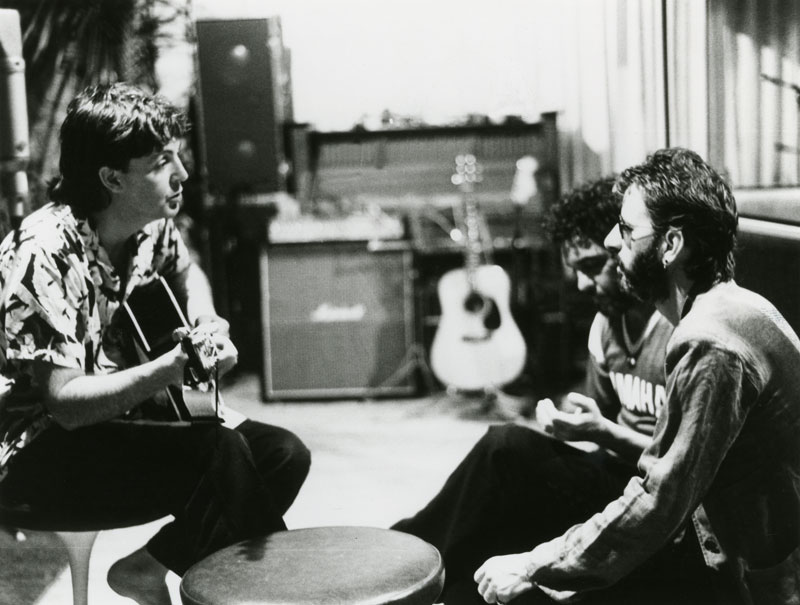 Take It Away / I'll Give You A Ring