Best Friend (aka "Why Did You Treat Me So Bad?")

As a little-known band from Liverpool once said, we can work it out.

First of all I wrote all the songs on this record – and by the way they’re all terrible – actually the idea of having Paul McCartney sing a song that I wrote has to be one of the most exciting things of his life.

But let me tell you how this happened.

[SNL producer] Lorne Michaels came to me like a year ago and he says “you know Steve, you don’t impose on your friends” and I thought, I don’t, I’m very shy about asking people to do something – and I thought I had this song… It’s sort of a light hearted love song, and Tony Trischka – the producer of the record – his son who’s 15 suggested – we were trying to think who could sing this – and he said Paul McCartney – and I thought gee that’s absolutely right – and first of all it’s a real tribute to Paul McCartney that a 15 year old suggests him. And I thought – okay I’m gonna try this cuz that’s perfect.

So I met Paul McCartney maybe three times in my life so I can’t really call him a friend but Paul doesn’t know that – he might think we’re friends as he meets so many people he can’t remember who his friends are. So I managed to get an email of Paul’s assistant. First I recorded the song in my iPhone and played it on the banjo and I sang it myself so it’s a little modest recording and I emailed to his assistant and I waited about a month, I heard nothing. But I knew Paul was on tour so it was gonna take some time.

So about a month later I got a email back from Paul. It said “I’m on tour, haven’t had a chance to listen to the song yet but don’t worry I will” and another like three weeks went by and then finally he said “I’ll do it” and I thought “wow this is fantastic” so we went to Asheville – where we recorded the whole album – and we laid down the dummy track. I sang it again and then we sent that off to Paul.

And now it’s time to schedule Paul, so I wrote him. I said “We’ve got to set the date”, so we set the date and then now, we’re like three days before we’re going to record Paul in Amagansett, and we get an email and from his assistant, and the email says “Paul wants to know what part you want him to sing” and I said “Well, we thought the whole thing”. “Paul thought he was going to back you up” and I thought what – with all the emails does I mislead him or something you know, and I said well “okay but I’m a terrible singer” so then I got an email back from Paul and he said “well as a little-known band from Liverpool once said, we can work it out”.

So I went in, and now I record the song again with me singing doing my best efforts, and we did every trick in the book, you know, with the echo and reverb and every sound trick – I sound like the Mormon Tabernacle Choir. So we sent that off to him and so now I haven’t heard back, so we fly to Amagansett and we’re waiting for Paul to arrive at this little studio actually in someone’s house – very nice person – and Paul arrives and he said “you know, when you said you were a terrible singer, I thought you were being humble, but you weren’t” and he ended up singing the entire song, the most charming guy in the world, friendly to everyone – I learned a lot – so nice and finally we recorded it for a couple of hours, and we said “okay I think we got it”. He said “oh let me do it a couple more times, a couple more times” – he was that energetic and enthusiast. 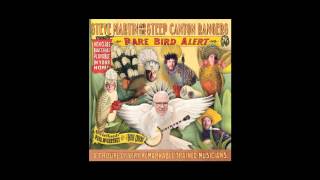 The PaulMcCartney Project 1 months ago

Well spotted, Guy ! I have done the change !