Recording "The Back Seat Of My Car", "Rode All Night"

Mixing "Get On The Right Thing", "Rode All Night"

Officially appears on One of the Boys

RAM, Wings, and Beyond: An Interview with Denny Seiwell

Paul McCartney’s upcoming Ram reissue will feature a legendary and long-bootlegged late-1970 jam between him and drummer Denny Seiwell. The song, “Rode All Night” was never released by McCartney, but photos from the song’s recording have been used in the Ram gate-fold sleeve as well as the front cover of his 1987 oldies compilation, Choba BCCP — better known as the “Russian Album.” The song was later rewritten as “Giddy” and donated to Roger Daltrey for his third solo album, 1977’s One Of The Boys. “Rode All Night,” which has long been a fan favorite, is appearing on the new Ram reissue in it’s uncut, nearly nine-minute version.

One of drummer Seiwell’s […] favorite outtakes is “Rode All Night” which would sound like if Paul and Linda joined the Velvet Underground. Yes, amigos—”Rode” is Macca channeling his best Lou Reed. What I love about Ram and most of its magnificent outtakes is that they sound like brilliant first takes. Paul’s sounds like he’s having a blast getting out all his courtroom anxieties in these righteous vocal takes.

Seiwell described how “Rode All Night” came to life in the studio when he said—
“[Paul had] just come back from lunch that day and had this tune he wanted to jam. The engineers had started tearing down the mic’s for another session or something. So we started jamming, and it was outrageous. I considered those lyrics, “I rode all night till I finally hit the daybreak.” For me, that represented that he’d found people he really felt comfortable playing with, other than the Beatles. And this was like a major breakthrough. We just about had tears in our eyes, we had so much fun doing this thing. I really felt like something miraculous was going on.” 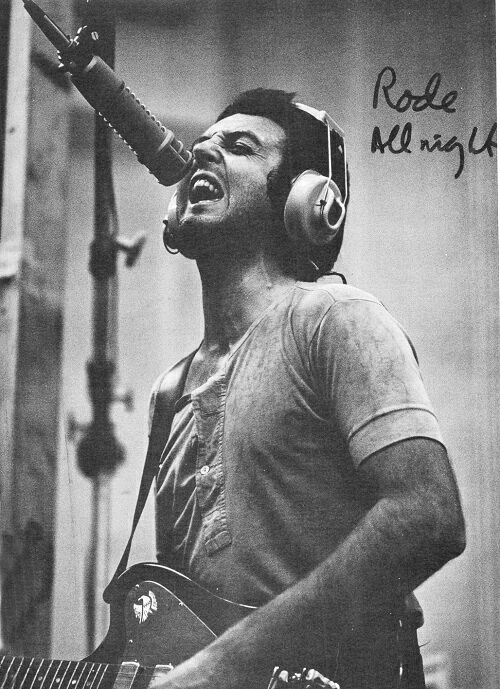 You can just feel the joy in Paul’s improvisational take of “Rode All Night.” Seiwell continued his discussion of his favorite moment during the Ram sessions when he said—
“Anyway, we got done after like seven or eight minutes of this thing, Paul looks into the booth and goes, “You got that, right?” And the engineer goes, “I’m ready now. You want to do it again?” We both looked at each other, like, “What the..?” So we did it again. The second take was good, but it didn’t have the magical spark in that first one.”

Yeah, you're so yeah

8:48 • Outtake • Rough mix. The repeated refrain was later used in the song 'Giddy', which was given to Roger Daltrey