The Beatles travel from Hamburg to Tokyo 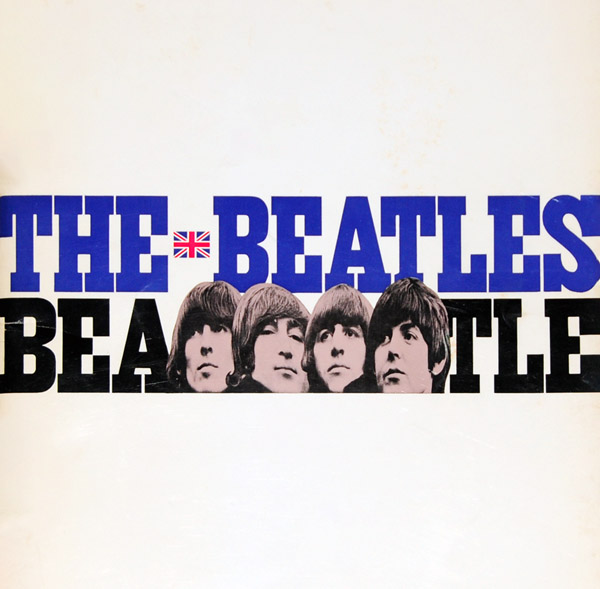 The previous day, The Beatles had played the two last concerts of their 1966 West Germany tour in Hamburg. On this day, they started their long journey to Japan, for the second leg of their world tour. They first flew from Hamburg to London Heathrow.

They then boarded a Japanese Airlines flight with a stop in Anchorage, Alaska. It was reported that a typhoon hitting Japan forced them to stop. But according to a ground service agent at the Anchorage International Airport, The Beatles’ plane was scheduled to land in Anchorage to refuel. Then, a problem with the plane’s hydraulics system delayed their departure. It wasn’t a difficult repair, but the Beatles’ plane couldn’t take off again because it would have landed in Japan after the country’s curfew.

The day after the Hamburg concert we had a flight to Tokyo, so we were driven straight out of the concert, out of Hamburg to a schloss – a big castle of a hotel – where we stayed the night, and then we were flown to Heathrow and put on the plane to Japan. Unfortunately there was a hurricane hitting Tokyo and our plane got diverted to Alaska.

I remember looking out of the window on the flight in, and Alaska was incredible: mountains, lush green pine forests, wonderful lakes and rivers. As we were coming lower and lower, the lakes and the trees were thinning out a bit, but when we landed suddenly there was a huge, bulldozed mess that Man had made in the middle of the lush beauty.

I thought, ‘Oh, here we are again.’ Mankind keeps giving us real tacky things until eventually the planet’s covered in them. The nasty little hotels that they throw up – boxes made out of concrete. It was so obvious there in Alaska. Normally they are absorbed into the city, but in the middle of a million acres of pristine forest they stick out a bit.

It was freezing cold and snowing heavily, and Brian and the Beatles were quite upset at having to be put up in emergency accommodations in a small hotel, as if the typhoon were a personal offense. Brian was claustrophobic and irritable in his small room and decided to ring Nat Weiss in New York City, three time zones and 8,000 miles away. He woke Nat out of a deep sleep, demanding, “Who owns Alaska, Nat?” and “Do you know the name of a good bar?”

The Beatles spent nine hours in Anchorage. They were brought to the Anchorage Westward Hotel, where they took over an entire floor. But within 30 minutes of their arrival, the area was swamped by fans. A local radio station camped on the grounds and broadcast regular reports until their departure. In the evening visited the Top Of The World club on the hotel’s top floor. They were also given a brief tour of the city by a local DJ.

The Beatles — together or separately — are known to have passed through Alaska twice.

The first time they came was at 1:45 p.m. on June 27, 1966. Most sources say the DC-8 jet carrying the Fab Four to Japan was obliged to set down at Anchorage International Airport because a typhoon named Kit blocked their way.

Gerry Henningsen of Anchorage, a ground service agent with Pacific Northern Airlines at the time, remembers it differently. The layover was planned, he said, a routine refilling stop. But after it landed, a mechanical issue was discovered that kept the plane on the ground longer than expected. “I think it was hydraulics,” he said. Had the plane taken off after repairs were made, it would have been unable to land in Japan because of a curfew at the airports there.

Henningsen was sent on board the DC-8 to get the famous passengers’ paperwork for customs while Beatles manager Brian Epstein, flying with the band, tried to figure out what to do.

“I babysat those guys for two and a half, three hours,” said Henningsen, who was not a Beatlemaniac. “They were not my cup of tea, just four young men who had made a big dent in the entertainment world. We talked about a lot of things. They were asking, ‘What’s there to do in Anchorage?’ They saw Earthquake Park on a map and were curious about that.”

But they never got to see it.

After several hours of waiting, the four came down the ramp, George Harrison leading the way, and headed for a waiting bus. They were spotted by local teenagers, whom they gifted with a few souvenirs.

Word spread among the city’s youths in a flash: The Beatles’ plane was in Anchorage and someone had ordered a secret chartered bus to go to the airport.

Anchorage teens quickly put two and two together. Ted Spencer was one of them. He joined a carload of other boys racing to the airport.

“We saw the bus going the other way and realized that was them, so we turned around and chased it,” Spencer said. The driver was so excited that he slid into a stop sign, but kept going. As the bus rolled along Spenard Road to downtown, an ever-growing caravan formed behind it, with fans shouting and honking.

Everyone knew there was only one place in Anchorage swanky enough for the Beatles to stay — the Anchorage Westward Hotel, now the Hilton. And, sure enough, that’s where the bus was heading.

“The bus went into the alley behind the Westward and we were right behind them,” Spencer said. “We just barely got a glimpse of the Beatles walking from the bus to the back door of the hotel.”

The band and entourage went to room 1050. An Anchorage police detective and two uniformed officers stood guard in the hall to shoo off the curious and the fans, some of whom showed up with armloads of records. Food was delivered — hamburgers and king crab.

Harrison called Seidenverg and Kay’s, an upscale men’s haberdashery on Fourth Avenue, and ordered a hat and a couple of shirts. The proprietor delivered the goods and said that Harrison, who met him, seemed alert and engaged, but the other three were sitting around looking bored and a little peeved.

That impression is backed up by photos taken of them in the room by British photographer Robert Whitaker. They show the band slumped over chairs and sofas like wet socks. Apparently the most interesting thing that happened was that George got hold of a Polaroid camera and took some candid shots of his mates.

For the most part, the party stayed hunkered in the suite. But Daily News photographer Robin Smith managed to snap Harrison taking a stroll through the Westward hallway in his stockings.

Meanwhile, more than 500 Anchorage teens had gathered in the alley behind the hotel, looking up at the 10th floor, sometimes exclaiming that they’d seen a famous face looking out at them, chanting, “We want the Beatles” and singing — to the tune of “Bye-Bye Birdie” — “We love you, Beatles.”

There was a report of a broken window, but Anchorage police said that the kids behaved pretty politely. How politely? Well, when the 10 p.m. teen curfew arrived, the crowd obediently dispersed, leaving a few 18-and-overs.

At 1 a.m., the band reboarded the bus, returned to the airport and left for Japan.

BEATLES came face to face with a typhoon (code name “Kit”) on their journey from Hamburg to Tokyo this week. They had to stop over in Alaska on Tuesday to find which way the storm was heading

In Tokyo this week telephone poles in city were plastered with posters calling down “A curse upon the Beatles.”

Paul McCartney would pass through Alaska again on January 26, 1980, when travelling from Japan to London after his drug bust.

On the morning of June 28, after their unscheduled nine-hour stop in Anchorage, The Beatles continued their journey to Tokyo. They landed at Tokyo’s Haneda Airport at 3:40 am on June 30 (or was it on June 29?).

The flight finally arrived at Haneda Airport in Tokyo in the early hours of 29 June, according to a report by Dudley Cheke, a chargé d’affaires at the British Embassy. Alternatively, an arrival time of around 3.30 am on 30 June is given by Beatles biographers Barry Miles and John Winn and in a 2016 Tokyo Weekender article about the visit. […]

The four band members descended from the aircraft dressed in happi coats bearing the JAL logo. Their attire was a publicity coup for the airline, who, recognising the value of being associated with the Beatles’ financial success, had instructed one of its First Class flight attendants to ensure that the band emerged wearing these traditional Japanese coats. Faced with a wall of glaring lights, the four musicians believed they were waving to a throng of fans, as was usual when they arrived in a new country. In fact, they were surrounded by security personnel, and only twenty members of the public were present to witness their arrival. Supervised by a large police presence, the band’s fans were instead organised in groups along the road into the city. In a 2016 feature article on the Beatles’ Tokyo concerts, The Japan Times said that the photograph of the group dressed in JAL happi coats and descending from the plane had become “an iconic image of the Beatles’ visit”.

The Beatles were accommodated in the Presidential Suite of the Tokyo Hilton. For the duration of their stay in Japan, the band members were confined to the suite, aside from a single press conference and the concert performances. […]

We didn’t arrive in Tokyo until dawn of the following day, already exhausted, although the major part of our trip was now just beginning. We were looking forward to some relaxation and sightseeing in Tokyo, yet the moment we deplaned we learned there was an ugly surprise waiting for us. A small, officious but polite police commissioner in a business suit ushered us into a VIP lounge and explained that a kamikaze squad of right-wing militant students, who objected to the Western “perversion” of Japanese culture, had vowed that the Beatles would never leave Japan alive. The students were particularly enraged because the Beatles were scheduled for three nights of concerts at the Budokan, which was also a national shrine to dead war heroes. The commissioner explained that the threats from the student fanatics were not to be taken lightly; they would kill the Beatles if they had the chance […]