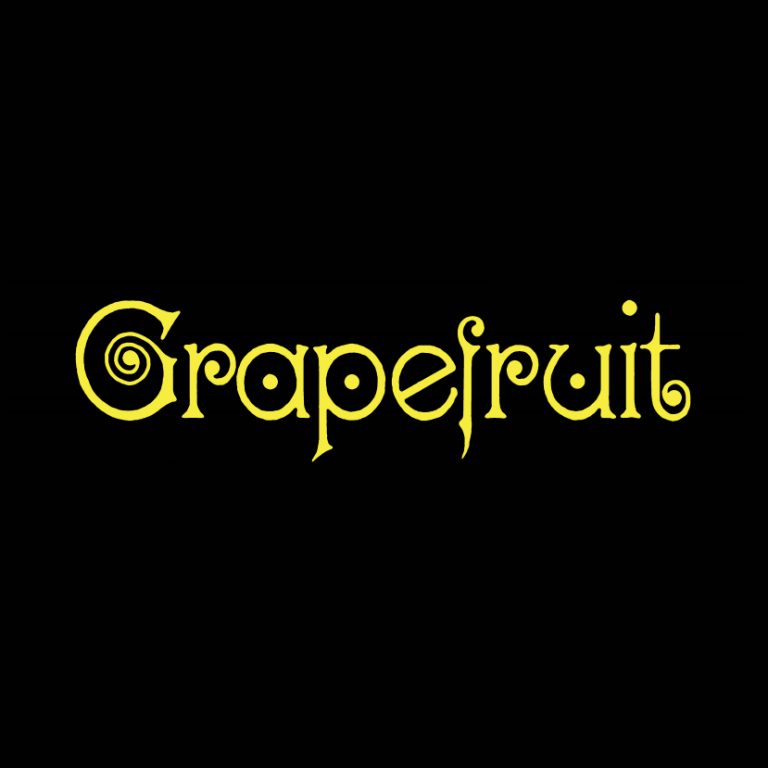 Grapefruit was a London-based band, brought together by Terry Doran of Apple Publishing, the music publishing company started and owned by the Beatles. The band was formed late 1967, was given its name by John Lennon, and to promote the release of their first single, “Dear Delilah“, a press conference was organized with three Beatles joining.

From the liner notes of Grapefruit – Yesterday’s Sunshine: The Complete 1967-1968 London Sessions:

Grapefruit were given an official launch at a lunchtime reception at London’s Hanover Grand Hotel on 17th January, attended by Paul McCartney, John Lennon, Ringo Starr, Donovan, Cilla Black, Brian Jones and other well-wishers. “I have an indelible image of my mum looking up and shaking hands with John Lennon” recalls John Perry, “Talk about when two worlds collide!”. “Dear Delilah” was released in February 1968 and in the weeks that followed, managed to climb to Number 21 in the English charts.

We had a massive launch party at the Hanover Grand Hotel (off Regent Street) where all the Beatles except George turned up, plus Brian Jones, Donovan & Cilla Black. It was rumoured Jimmy Hendrix was there. I have an abiding memory of my Mum shaking hands with John Lennon, him saying “hello Mrs Perry how are you?” and she froze to the spot!

According to Jimi Hendrix-then partner at the time, Kathy Etchingham, Jimi indeed attended the event:

In January 1968 Jimi and I were invited to the press launch of a band called Grapefruit, who were associated with John Lennon and named after Yoko Ono’s book Grapefruit.

Jimi and I were not going to go, but at the last minute Brian Jones turned up at our flat and went to great lengths to persuade us to attend. I wasn’t happy because my hair was a mess and I hadn’t washed it but Brian was so keen for us to go that I decided to put a wig on and make it look as good as I could.

We got in a taxi and went to the reception rooms just off Hanover Square.

They were at the Mayfair Suite of the Hanover Grand Hotel.

Brian, Jimi and I sat in a line on uncomfortable chairs. I really didn’t want to be there and the wig, which was driving me crazy, kept sliding down and I repeatedly had to try to set it straight.

As well as us, John Lennon, Paul McCartney, Ringo Starr, Donovan, and Cilla Black attended the press launch. Jane Asher was there also.

Grapefruit went on to record for the next couple of years, but I hated that wig so much I never wore it again.

Some sources (eg. “That Magic Feeling (The Beatles’ Recorded Legacy)” by John C Winn) indicate that another launch party for Grapefruit was held at the soon-to-open Apple headquarters two days later, on January 19 (attended by the four Beatles, Jimi Hendrix and Brian Jones). To be noted that the same source reports that Jimi Hendrix might have participated in a session produced by Paul, on January 20, 1968.