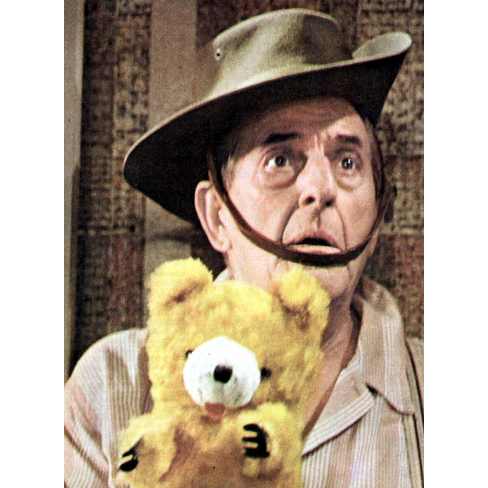 The Apple shop in Baker Street closes down

Paul McCartney was asked to write the theme tune for a new TV comedy series, named “Thingumybob“. The instrumental track, of the same name, was recorded by the Black Dyke Mills Band, a famous brass band, in Saltaire near Bradford, on June 30, 1968.

This track was first heard during the broadcast of the first episode of the TV series on this day. It would be released as one of the first singles issued on the Beatles’ music label Apple, in the UK, on August 31, 1968.

London Weekend comes on air again at 7.30pm with Thingumybob. Another tremendous cast and crew here. Kenneth Cope, (un)seen half an hour ago writes. Paul McCartney did the theme tune. Stanley Holloway was a true star, having made his name in the 1930s in the Music Halls with his funny monologues, which translated to best selling 78rpm discs, then a movie star in the 1940s and 1950s in such classics as Brief Encounter, Passport to Pimlico, The Lavender Hill Mob and The Titfield Thunderbolt. By the 1960s he was back on stage, with the role of Alfred Doolittle in My Fair Lady written for him – this musical version of George Bernard Shaw’s Pygmalion was a smash on Broadway and in the West End, cementing his stardom forever along with that of his co-star Julie Andrews.

The best thing I can liken Thingumybob to in comedy terms is the BBC’s Last of the Summer Wine – it was a gentle comedy with a very subversive streak, striped through with poignancy, ideal weekend viewing. Sadly, all 8 episodes are lost.

Sitcom Thingumy Bob followed bored pensioner Bob Bridge who had a knack for getting into mischief.

Thingumybob, which was the creation of actor Kenneth Cope, was the first show produced by the then new ITV franchise LWT and had a theme tune composed by Paul McCartney whilst he was still in the Beatles.