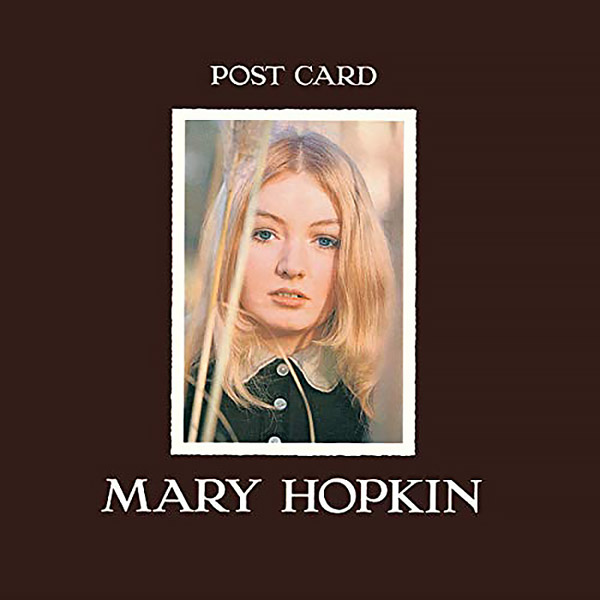 “Back To The Egg” launch party

On this day, Apple Records organized a launch party for Mary Hopkin’s album “Post Card“, produced by Paul McCartney. Among the guests were Paul, joined by Linda Eastman, soon to become Mrs McCartney, Donovan, Brian Jones, Jimi Hendrix, Tony Visconti, Eric Clapton and many others. The party was located at the top of Post Office Tower in Central London.

My family came down from Wales and in the throng of people we lost my 80-year-old grandmother, Blodwyn. When the crowd parted we saw her in the corner talking to Jimi Hendrix. Afterwards she said she had been talking to ‘a nice little boy’ who had been asking about milking the cows and feeding the chickens. I think he was fascinated by this funny little Welsh lady.

Billy Butlin, owner of the Butlin’s holiday camps our little gang had gone to with our families as kids and where Ringo played with Rory Storm, ran the restaurant at the top of the Post Office Tower. It revolved, and as you ate you could watch London unfold in a magnificent panorama. The first time Paul had gone, shortly after the restaurant first opened, he was still living at the Ashers’ house in Wimpole Street. Dr Asher decided he wanted the full guided tour and arranged for the entire family to go, including Paul.

Sometime later I was sitting in the restaurant, having dinner with a girlfriend, when Bobby Butlin, Sir Billy’s son, came over to my table and told me all about Paul’s earlier visit. He said, ‘If there’s anything I can ever do for you, or Paul, or Apple, let me know.’ When we launched Postcard the question of a location for the launch party arose. Paul said, ‘Hey Tone? Do you think by any chance they would let us have the Post Office Tower restaurant?’

I acted nonchalant and said, ‘Oh, I dunno. Hang on and I’ll have a word with then.’ I picked up the phone, quickly made the arrangements. Paul looked at his watch and said, ‘Great. Tell you what. Why don’t we do some location scouting?’ So we all went off to lunch at the Tower. We had a smashing time, and suitably oiled, Paul and I decided to have a race down the stairs to the door. It was a very stupid idea, especially after a big lunch. There are some photos somewhere of us lying at the bottom gasping for breath and probably trying to light a cigarette.

The launch party for Postcard was marvellous, with a really good turnout of rock stars. Jimi Hendrix came and Brian Jones and Donovan, as well as Mary’s future husband, Tony Visconti. I was going out with Mary at the time but he fancied her too, and eventually they got married.

The Press Officer [Derek Taylor] surveyed the scene. Everything was perfect. The buffet table was a glutton’s delight and a drunkard’s joy. There was a lot of open floor space for the 300 invited guests to circulate, and there was still plenty of light left in the sky. There was all of London for a view. […]

The arrival of Paul McCartney and a handsome blonde American girl, Linda Eastman, formed a natural focal point for the photographers’ attentions and the journalists’ questions. The Press Officer now had more front to cover.

Paul was there to give Mary away to the press. He did it gracefully and without the slightest touch of show-business artificiality. On the one hand, he satisfied the photographers scrambling for the obligatory picture of him and Linda, and at the same time politely reminded them that this was Mary’s reception and neither the time nor place for resurgent Beatlemania. He posed with Mary, hamming and hugging his way through a back file of camera faces and postures guaranteed to please the boys from the Street of Ink.

“Mary, over this way and down a little more!”

Paul and Linda’s presence was not simply a token guest appearance. They held out until the very last hour, giving an air of confirmation to the reception which said, “This is a record company that is also a family.” Jimi Hendrix turned up as the party was on the last lap for a drink and some talk with Paul, and good-naturedly fenced with the journalists and photographers grown bored with taking Mary’s picture. […]

From “The Longest Cocktail Party: An Insider Account of The Beatles & the Wild Rise and Fall of Their Multi-Million Dollar Apple Empire” by Richard DiLello

A star turn-out helped Mary’s debut LP “Post Card” at a lavish reception she hosted in London last week in the revolving restaurant of the GPO Tower, 520 feet above London. Pictured at the party (from l. to r.) are MARY with PAUL MCCARTNEY, who produced the album; NME’S ALAN SMITH and Assistant Editor JOHN WELLS discussing some of the tracks with Mary; presentation of Gold Disc by Postman ARTHUR DANGERFIELD for million sales of “Those Were The Days”; dj KENNY EVERETT and DONOVAN talk about the album.

Who's in this photo with Paul?