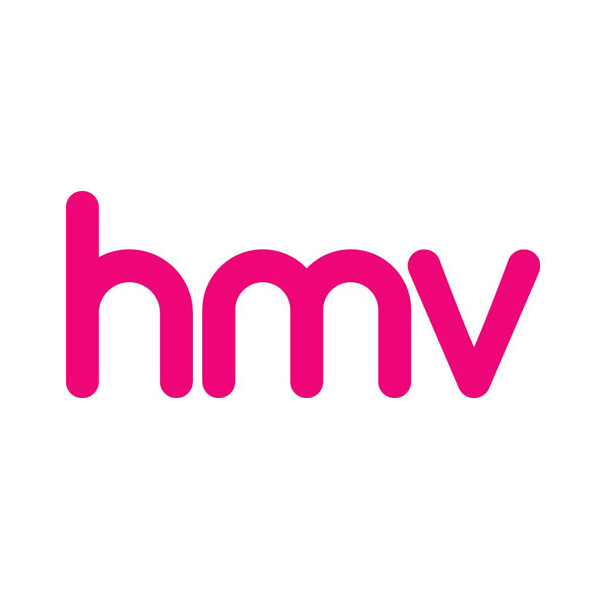 Paul gets an award from RADD

Paul McCartney held a signing session for the re-opening of the HMV store in Oxford Street, London. He signed autographs on copies of “Flaming Pie” and “Standing Stone“, and also unveiled a six-foot statue of Nipper the dog, HMV’s legendary trademark.

HMV was the first place that Brian Epstein dropped off one of our records and it all happened from there. So when they asked me to do it, I thought ‘Yes. Why not?’ I know a lot of the kids too. I see them from event to event, but normally I don’t get a chance to speak to them.

Those of a deeply cynical disposition might say that he did it just to promote Standing Stone. But while it is true that the idea was conceived with promotion in mind, Paul McCartney’s session of record-signing and hand-shaking at the HMV Oxford Circus store in London on 16 October was typical of the man. An artist can promote a new record in any number of ways, but Paul continues to place himself before the public, the people he cherishes, in order, all right, to promote a record, but, much more than this, to spread a lot of happiness.

Doubting Thomases only had to see the faces of Paul’s fans as they realised, usually a minute or so later, that they had met their idol, obtained his autograph, shaken his hand, exchanged greetings and points of view. I saw those faces: tears of joy, gleaming smiles and sheer, unadulterated, radiant delight. I kept thinking: Paul doesn’t have to do this. He could have been at home, with his feet up, in front of the fire, still much loved by his fans, and selling only a few less records.

One can look fancifully at the connections: some people suggested that a “debt” had to be re-paid to HMV since it was because Brian Epstein took a Beatles tape into HMV’s other Oxford Street store back in 1962 that the Beatles came to the attention of George Martin and EMI. Some say that HMV needed a big-name celebrity to re-open the Oxford Circus store after its temporary closure for an internal redesign. Others say that Paul had to be there, to receive the Composer of the Century award from the HMV managing director.

Really, though, no “debt” was due, someone else could have opened the store and the award could have been handed over in private, with a photo released to the press. The point to be made, once again, is that Paul really needn’t have put himself out but for the fact that he wanted to meet the public face to face.

It was, of course, a scrum. All around the store, Oxford Street heaved with people, jammed on the pavement outside, packed on the pavement opposite, bursting on the tiny island in the middle of the street. People over the road, above M&S and other shops and offices, were hanging out of windows. Traffic speed was reduced to a snail’s pace. As each red double-decker bus crawled by, people on the top deck craned to see what was going on and took photos.

Fans had started queuing the previous afternoon, those early-comers waiting through the night in order to meet Paul. One by one, as they arrived in front of him, he recognised familiar faces and was pleased, clearly, to have the opportunity to meet and say hello after all this time. He was the essence of friendliness and courteousness to everyone – he smiled, shook hands, added personal greetings to his autographs (happy birthday, etc), winked conspiratorially at people, listened carefully to what they said to him and chatted back. Little children were hoisted up to say hello. Paul posed for photos. One of the policemen on duty presented himself for an autograph and a picture. Paul signed record sleeves (Flaming Pie and Standing Stone) and also posters, photos and even one giant Flaming Pie fly-poster. He conducted some of the so-called “LIPA Scruffs” – a hardy band of McCartney fans, who sang aloud lines from ‘Beautiful Night’ – enjoying their enthusiasm.

Inevitably, a few who had queued were disappointed. But Paul sat behind a desk, scribbling with his marker pens, for 70 minutes, which is tiring work and a lot of signing. When it was over he grabbed a microphone and thanked everyone for coming along, saying, sincerely, what a fine time he’d had.

His decision to do this proves once again why Paul remains so popular. He’s not “above” his fans but cares and puts himself out. It was another remarkable event in a storybook life.

LONDON (Reuters) – To the screams of teenagers and of fans reliving their youth, Paul McCartney returned Thursday to the shop where he got by with a little help from friends who clinched the first Beatles record deal 35 years ago.

“It’s one of the places where they launched the first Beatle records. So I had to come back, didn’t I?” McCartney told the cheering crowd outside the HMV record shop in London’s Oxford Street.

Like extras in a Beatles movie, the fans roared back their approval as office workers waved from a department store across the street.

Then the throng poured into the record shop for what organizers said was McCartney’s first album-signing in Britain since 1963. But many went away disappointed.

Security guards said some 2,000 people were allowed into the cavernous store. But only about 250 could line up in a special queue to buy McCartney’s latest albums, “Flaming Pie” and the symphonic work “Standing Stone,” and have them autographed by the former Beatle.

“I came today at 10 a.m. for nothing,” said Kasia Brylska, 30, who was nearly in tears when she realized she was only in a “picture-taking,” not a “signing” queue.

“I came here especially from Poland for this and for the concert two nights ago,” she said, referring to the premiere of McCartney’s “Standing Stone” classical music symphony at London’s Royal Albert Hall Tuesday. “It is a lot of money. I am really disappointed.”

For others, though, just seeing McCartney — now Sir Paul McCartney since he was honored earlier this year by Queen Elizabeth — capped a lifetime of devoted Beatlemania.

“I was one of those screaming girls who went out to Heathrow airport when the Beatles arrived and left in the 1960s” said 44-year-old Lynne Moran of London.

“But I never got to see them in concert. My mum said I was too young. She didn’t know about the airport,” Moran said with a giggle.

At the other end of the age spectrum, Deborah Fletcher, 18, said she had been waiting in line for six hours.

McCartney came to sign autographs at HMV to pay back a favor from 1962, when Beatles manager Brian Epstein asked for help from an old pal, Bob Boast, then the manager of the record store.

Boast set up a meeting with George Martin, who was then a staff producer for Parlophone records, and that led to a contract with Parlophone, said Rob Partridge, spokesman for HMV.

“Standing Stone,” was another first for McCartney — his first solo classical music symphony — and it opened to mixed reviews from music critics earlier this week. But on the sidewalk outside HMV, the crowd thought it was just great.

“You could play a lot of Beatles music on the violin,” said Lynne Baines, 47, who had driven several hours from Liverpool overnight with her husband and 18-year-old son to see McCartney. “I don’t see a lot of difference, really.”