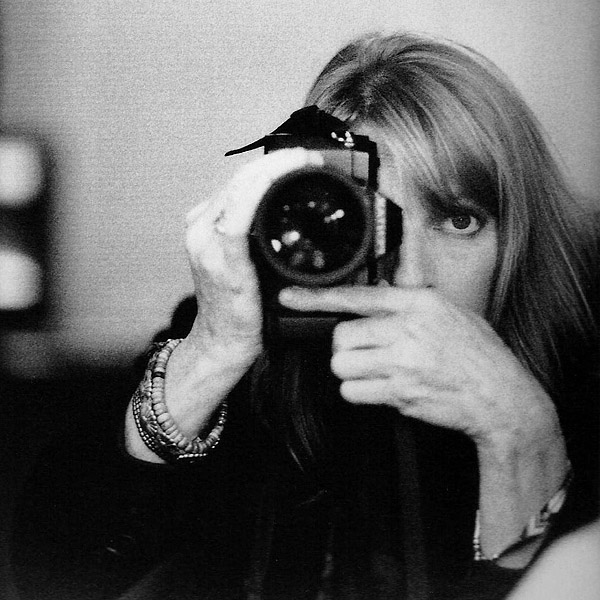 Less than three years after it was announced that she was being treated for breast cancer, Linda McCartney, noted photographer, animal rights activist and wife of Beatle Paul for twenty-nine years, passed away Friday. Although her chemotherapy treatments had seemed to have her cancer in check, she took a turn for the worse in March when the disease spread to her liver. She was fifty-six.

Throughout their twenty-nine year relationship, Linda and husband Paul were inseparable; the pair reportedly only spent ten nights apart, a separation due to Paul’s stint in a Tokyo jail for marijuana possession. When Paul formed Wings after the dissolution of the Beatles, the couple’s partnership extended to the musical realm. Although Linda’s keyboard playing and backup vocals raised a few critical eyebrows, she did share an Oscar nomination with her husband for their composition “Live and Let Die.”

But it was through a camera lens that she made her biggest impression in rock music. While working as a receptionist at Town and Country magazine in the mid-Sixties, she snagged a press pass to a Rolling Stones promotional yacht party, finagling her way on board through sheer persistence while every other photographer was left standing on the dock. Her exclusive photos of the band were snatched up by dozens of papers and magazines, and she quickly made a name for herself shooting publicity photos for a number of bands and capturing them on tour by assignment. On May 11, 1968, she became the first woman photographer to shoot a Rolling Stone cover (Eric Clapton). She appeared on the front of the magazine herself with Paul on January 31, 1974, making her the only person to have shot — and been shot — for the publication’s cover.

Eschewing flash for natural light, she captured her subjects in intimate backstage moments that often revealed a private side of performers rarely seen. Her work has been reprinted in several books and exhibited at more than fifty galleries around the world, including the Victoria and Albert Museum in London.

Linda’s reputation quickly established her as insider in celebrity circles, and at one point she dated actor Warren Beatty. She first met Paul, the “cute one” and object of affection for thousands of girls worldwide, at a launch party for Sgt. Pepper’s Lonely Hearts Club Band in 1967. He invited her back to London during the recording of the White Album. A romance ensued, and the couple wed on March 12, 1969. They spent much of their time out of the public eye on their farm in West Sussex, England. She became the inspiration for all of Paul’s post-1968 love songs, including “Maybe I’m Amazed.”

Born Linda Louise Eastman on September 24, 1941, McCartney was the daughter of show business lawyer Lee Eastman and mother Louise (whose family owned the Linder department stores). Her father, the son of Russian Jewish immigrants, had changed his name from Epstein, and was not part of the Eastman-Kodak photography legacy as was frequently reported at the time of Linda’s marriage to Paul. Although not an heiress, she did become Lady Linda when her husband was knighted in 1997.

Outside of her photography and famous marriage, McCartney was also widely recognized as a staunch supporter of animal rights and die-hard vegetarian. The latter passion spawned two cookbooks and a successful line of frozen vegetable dinners. The couple were even featured on The Simpsons supporting little Lisa in her decision to give up meat. In lieu of flowers, Paul has asked that people wishing to honor his wife’s memory contribute to cancer research, animal welfare, “or — best of all — the tribute that Linda herself would like best: Go veggie.”

At the time of her death, Linda, Paul and their children had been vacationing in Santa Barbara, Ca., with the couple reportedly horseback riding earlier in the week. In addition to her husband, she is survived by their children Mary, Stella, and James; her daughter Heather from a previous marriage; her sisters Laura and Louise and brother John, McCartney’s business manager and lawyer.

Linda means beautiful in Spanish, and my Linda was certainly that – inside and out.

Anyone who met her, however briefly, was touched by her genuine interest and gentle kindness.

I never stop thinking of her as my girlfriend, even though she became my wife, my children’s mother, and my Lady.

The beauty of her spirit never failed to communicate itself to those she encountered, whether they were young or old, male or female, or whatever, they were worthy of respect and so she treated them exactly the same and they invariably felt very comfortable being with her.

Our love of animals was something we discovered, we shared as time went by, and they too enjoyed the same deep respect given to them by her. Her vision of the world was, and is, a simple one.

Love, kindness, respect and thoughtfulness for one another and for our fellow species and a deep distrust of people who neglect these values.

I am blessed to have shared thirty loving years with this uniquely special woman, a fact which I will remain eternally grateful for. This, of course, makes our loss that much more painful to bear, but the kids and I know that she would want us to be happy, even though at this moment it isn’t an easy thing to do.

This issue of Club Sandwich may convey a small amount of the love we and her many friends and admirers feel for her, but nothing could ever really express the deepest feelings in our hearts.

Her spirit will live forever in those of us who believe in the magic she stood for. Linda means beautiful. We love you Linda.

This is a total heartbreak for my family and I. Linda was, and still is, the love of my life, and the past two years we spent battling her disease have been a nightmare.

She never complained and always hoped to be able to conquer it. It was not to be.

Our beautiful children – Heather, Mary, Stella and James – have been an incredible strength during this time, and she lives on in all of them.

The courage she showed to fight for her causes of vegetarianism and animal welfare was unbelievable. How many women can you think of who would singlehandedly take on opponents like the meat and livestock commission, risk being laughed at, and yet succeed?

People who didn’t know her well, because she was a very private person, only ever saw the tip of the iceberg. She was the kindest woman I have ever met; the most innocent.

All animals to her were like Disney characters and worthy of love and respect. She was the toughest woman who didn’t give a damn what other people thought. She found it hard to be impressed by the fact that she was Lady McCartney. When asked whether people called her Lady McCartney, she said, “Somebody once did once, I think.”

I am privileged to have been her lover for 30 years, and in all that time, except for one enforced absence, we never spent a single night apart. When people asked why, we would say – “What for?”

As a photographer, there are few to rival her. Her photographs show an intense honesty, a rare eye for beauty.              As a mother, she was the best. We always said that all we wanted for the kids was that they would grow up to have good hearts; and they have.

Our family is so close that her passing has left a huge hole in our lives. We will never get over it, but I think we will come to accept it.

The tribute she would have liked best would be for people to go vegetarian, which, with the vast variety of foods available these days, is much easier than many people think. She got into the food business for one reason only, to save animals from the cruel treatment our society and traditions force upon them.

Anyone less likely to be a businesswoman I can’t think of, yet she worked tirelessly for the rights of animals, and became a food tycoon. When told a rival firm had copied one of her products, all she would say was, “Great, now I can retire.” She wasn’t in it for the money.

In the end, she went quickly with very little discomfort, and surrounded by her loved ones.

The kids and I were there when she crossed over. They each were able to tell her how much they loved her.              Finally, I said to her: “You’re up on your beautiful Appaloosa stallion. It’s a fine spring day. We’re riding through the woods. The bluebells are all out, and the sky is clear blue.”

I had barely got to the end of the sentence, when she closed her eyes, and gently slipped away.

She was unique and the world is a better place for having known her.

Her message of love will live on in our hearts forever.

I love you, Linda.