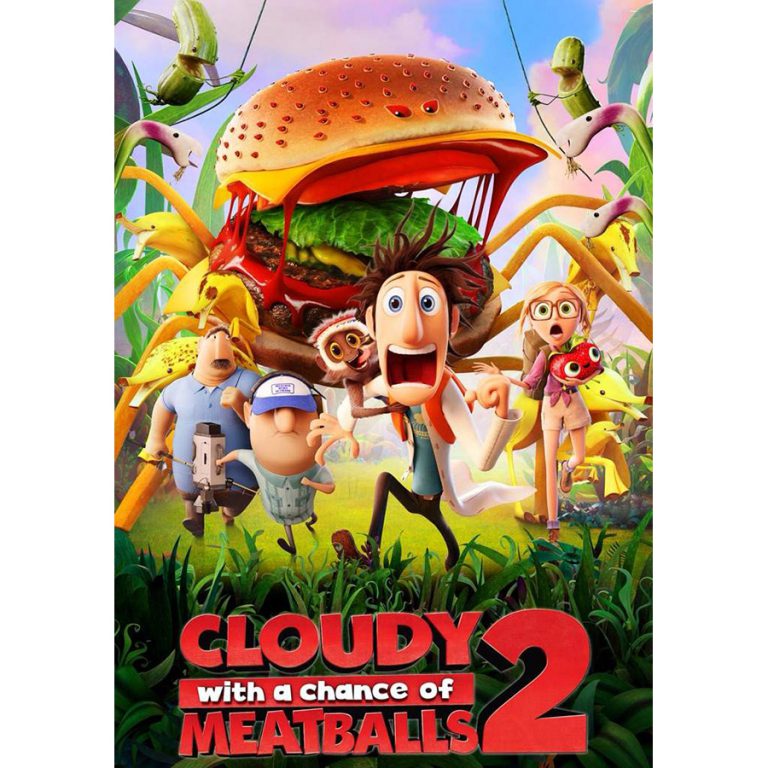 Paul McCartney’s song “New” was including in the soundtrack of the animation film “Cloudy With A Chance Of Meatballs 2“, released on this day in the US.

As inventor Flint Lockwood returns to the island of Swallow Falls to save the world – again! – he’ll be doing it to the brand new beat from Paul as his single, ‘New’, will be featured in the film ‘Cloudy With A Chance Of Meatballs 2’.

Paul told us, “I loved watching the first Cloudy with my kids, so I’m very happy to have my new song included in Cloudy 2.”

‘New’, which is produced by Mark Ronson and now available for sale as a digital download, is the title track from Paul’s forthcoming ‘New’ album, set for release on October 14th in the UK and October 15th in the US.

Lia Vollack, president of Worldwide Music for Sony Pictures, said, “We’re thrilled and honoured to have Paul’s infectious and inspiring song in the film. The sequence in the film is about Flint Lockwood optimistically beginning what he thinks will be a new and exciting chapter in his life, so as soon as we heard ‘New’ we thought that everything about it was perfect.”

‘Cloudy With A Chance Of Meatballs 2’ is directed by Cody Cameron and Kris Pearn with a screenplay by Erica Rivinoja and John Francis Daley & Jonathan Goldstein. The story is by Phil Lord & Christopher Miller and Erica Rivinoja, inspired by the book ‘Cloudy with a Chance of Meatballs’ written by Judi Barrett and illustrated by Ron Barrett. The film is produced by Pam Marsden and Kirk Bodyfelt.

Cloudy with a Chance of Meatballs 2 (also known as Cloudy 2: Revenge of the Leftovers in the working title) is a 2013 American computer-animated science fiction comedy film produced by Columbia Pictures and Sony Pictures Animation, animated by Sony Pictures Imageworks, and distributed by Sony Pictures Releasing. The sequel to 2009’s Cloudy with a Chance of Meatballs (which in turn was loosely based on Judi and Ron Barrett’s book of the same name, however the film is not based on the book’s sequel, Pickles to Pittsburgh), the film was directed by Cody Cameron and Kris Pearn with Phil Lord and Christopher Miller returning as executive producers. Bill Hader, Anna Faris, James Caan, Andy Samberg, Neil Patrick Harris, and Benjamin Bratt reprise their roles from the first film, while Will Forte, who voiced Joseph Towne in the first film, voices Chester V. in this one. New cast members include Kristen Schaal as orangutan Barb and Terry Crews as Officer Earl, replacing Mr. T in the role. The film’s plot involves Flint Lockwood and his friends returning to Chewandswallow to save the world after the presumably-destroyed FLDSMDFR reawakens, this time producing sentient food animals.

Cloudy with a Chance of Meatballs 2 was released in the United States on September 27, 2013, and grossed over $274 million worldwide against its budget of $78 million. It received generally positive reviews from critics, though it was deemed inferior to its predecessor.