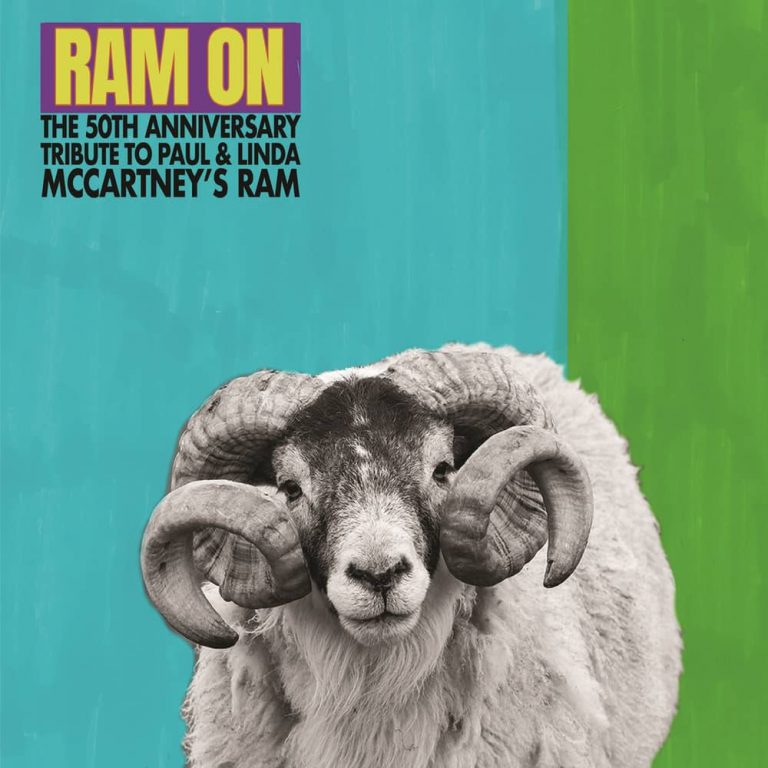 Denny Seiwell, the drummer on Paul & Linda McCartney’s 1971 album “Ram“, co-produced a tribute album to celebrate the 50th anniversary of the release. Original guitarist David Spinozza returns to reprise his parts on the album along with Marvin Stamm who played the flugelhorn on “Uncle Albert/Admiral Halsey”. In total, over 100 musicians contributed to this album.

The album was released on May 14, 2021, the same day as the official 50th anniversary half-speed remastered vinyl.

Ram On is a 50th Anniversary re-imagining of Paul and Linda McCartney’s seminal “Ram” album.

• Featuring three of the album’s original musicians joined by a new generation of performers, all of whom share a love of the original record.

• Co-produced by multi-instrumentalist Fernando Perdomo and Denny Seiwell, original drummer on “Ram” in 1971.

From Wings drummer Denny Seiwell on Macca’s Ram and the ‘Ram On’ anniversary tribute – SuperDeluxeEdition, June 7, 2021:

As recently reported on SDE musician and passionate Paul McCartney fan Fernando Perdomo has masterminded what has turned out to be a fabulous tribute version of Paul and Linda McCartney’s 1971 album Ram. The album is covered in its entirety and features various guest vocalists and musicians with a core team consistent across all the tracks. One of those is the original drummer on the Ram album – and subsequent Wings drummer – Denny Seiwell! SDE caught up with Denny recently and he tells us about the Ram On project, his time in the Paul’s band and the Wings reunion that Paul seriously considered…

How did you get involved in the Ram On project? Did Fernando Perdomo contact you directly?

I met him at a show, five or six years ago and then I keep bumping into him and he was really a sweet guy. Then Denny Laine asked me to come down and just sit in and play with him, and I said “sure, I’ll do that”. Fernando was there and we started talking. He says: “I recorded ‘Too Many People’ and ‘Some People Never Know’ in my home studio. I finished the tracks but I didn’t put drums on them. Would you mind coming up and playing drums?” I said “Yeah, what the hell”. I thought, “let me see if this kid’s good or not”, you know. So I went up and I was blown away. It took me all of ten minutes to do two songs, you know.

We remained friends, and about a year later, he called me up and he said “Do you know it’s 50th anniversary of Ram? Let’s do the whole album!”. I said, “Well, yeah, I think so, but before we do anything let me call Paul, let me see how he feels about that”. So I called Paul and he said “Yeah, go ahead, have fun”. So it seemed we got his blessing and then I talked to his people at MPL [McCartney Productions Limited] in New York to make sure that we didn’t, you know, crush anything that he was planning and that [there were] no conflicts of interest. […]