“The Beatles: Get Back” released on Blu-Ray / DVD in the US 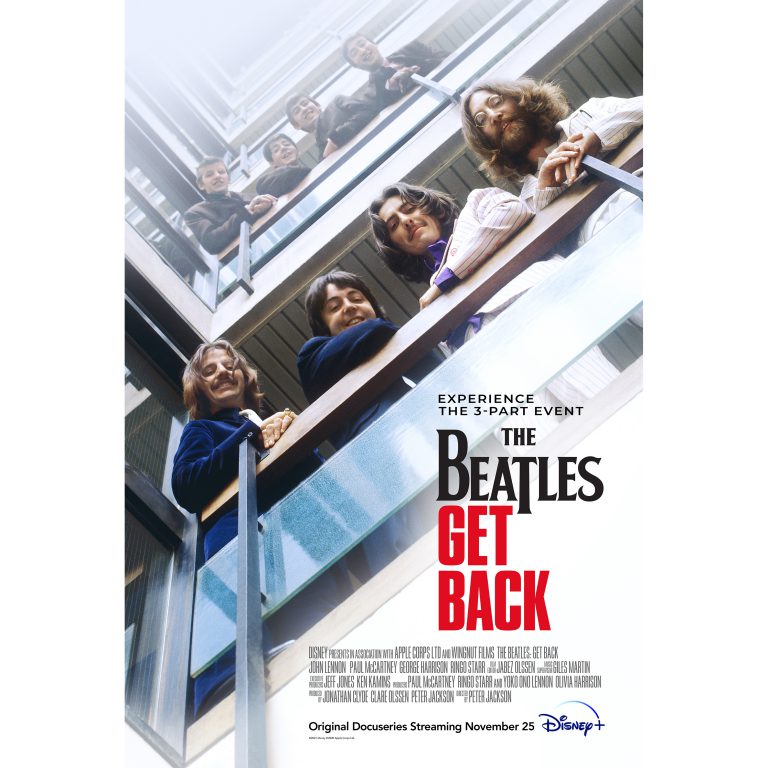 On January 5, 2022, it was announced that Peter Jackson’s documentary “The Beatles – Get Back” would be released on Blu-Ray and DVD in the U.S. on February 8, 2022, with any additional material, compared to the streaming version on Disney+.

Peter Jackson voiced some disagreement about this decision during the IMAX screening of “The Beatles: Get Back – The Rooftop Concert” on January 30, 2022:

At yesterday’s global premiere of the IMAX presentation of The Beatles Get Back: The Rooftop Concert (attended by SDE in London), director Peter Jackson revealed that he would love to offer an extended cut of the full Get Back documentary that would add three to four hours of footage, including full length performance clips and “important conversations” that deserve to be heard.

He urged fans to petition Disney and Apple Corps, if this is something they would like to see, since he indicated that Disney may be reluctant to allow him to do this.

Jackson also revealed that, as part of the research for his editing process, he and his team interviewed as many people as they could, who were there at the time, so he could understand “the truth” of the events that took place, including during the famous Rooftop Concert sequence. He told the audience that he thought if they were going to interview all these people, they may as well film them “for posterity”. In yesterday’s live interview with Jackson, which was broadcast around the world to various IMAX cinemas, he showed a clip of the infamous PC Ray Dagg (the policeman who tried to stop the concert) being interviewed on the top of 3 Savile Row, which would have taken place a few years ago. Peter said that if/when Michael Lindsay-Hogg’s original Let It Be was issued on DVD or blu-ray, he hoped such interviews might form part of the bonus material.

Paul Sinclair – From Peter Jackson would love to offer an ‘extended cut’ of The Beatles Get Back – SuperDeluxeEdition – January 31, 2022

In early February, it appeared that the release date for the DVD / Blu-Ray would not be met for a technical reason: the 2.0 stereo audio selection was faulty and played surround sound.

Disney has informed us today that their 2/8 Blu-ray and DVD release of the Peter Jackson documentary The Beatles: Get Back is being delayed. Apparently, the studio caught an audio glitch in the release at the last minute and needs to correct it. So just be aware of the delay, and we’ll post updates here direct from the studio when they reschedule the title with a new street date.

For a while, there was no official word from The Beatles, Disney or Apple on when the new release date would be, and some conjectured they were revising their copy to deliver a “director’s cut” with additional material.

Official news came on May 17, 2022, with a new release date set to July 12, 2022. The content remains unchanged and no bonuses would be included.

In August 2022, Peter Jackson reiterated his desire to release more material related to “The Beatles -Get Back“.

Kim Masters: I know you’re doing an expanded version of “Beatles: Get Back”…

Peter Jackson: I’m not, no. […] I’m fighting to, Kim, help me. Disney and Apple are reluctant because they say — and they might be quite right—that there’s no market anymore for extended cuts. But I know that there’s five or six hours of fantastic material that we didn’t include, and I don’t want it to go back into the faults for fifty years. So, let’s just say that it’s a conversation that’s happening, but it’s not necessarily a definitive one at this point.

Interview of Peter Jackson with The Business podcast by Kim Masters, August 12, 2022

LOS ANGELES, CA (May 17, 2022) –Acclaimed director Peter Jackson’s stunning docuseries The Beatles: Get Back will now be available to own on a Blu-ray Collector’s Set and DVD. The series offers unprecedented access to the world’s most iconic band as they prepare to record the Let It Be album.

A winner at both the Producers Guild of America and American Cinema Editors Awards, The Beatles: Get Back is also Certified-Fresh on Rotten Tomatoes™. Travel back in time and witness the creative process of the Fab Four by adding The Beatles: Get Back to your collection on Blu-ray and DVD July 12.

From The Beatles Official Store:

Directed by filmmaker Peter Jackson, The Beatles: Get Back is a three-part documentary series that takes audiences back in time to the band’s intimate recording sessions. The documentary showcases the warmth, camaraderie and creative genius that defined the legacy of the iconic foursome, and is compiled from over 60 hours of unseen footage shot in January 1969 (by Michael Lindsay-Hogg) and more than 150 hours of unheard audio, all of which has been brilliantly restored. Also featured — for the first time in its entirety — is The Beatles’ last live performance as a group — the unforgettable rooftop concert on London’s Savile Row — as well as other songs and classic compositions featured on the band’s final two albums, Abbey Road and Let It Be.