“Rest in peace Fats Domino, the great rock ’n’ roll pianist and singer who thrilled us in our early days in Liverpool. His hit records like ‘Ain’t That A Shame’, ‘Blueberry Hill’, ‘I’m In Love Again’ and many others introduced us to the sounds of New Orleans rock ‘n’ roll. We were excited to meet Fats once in his home town of New Orleans. He was wearing a huge star spangled diamond encrusted watch which was our first encounter with bling! His voice, piano playing and musical style was a huge influence on us and his appearance in the film ‘The Girl Can’t Help It’ was truly magnificent. As one of my favourite rock ‘n’ roll singers, I will remember him fondly and always think of him with that twinkle in his eye. I read that he had eight children. He himself was named Antoine. His kids were named Antoine III, Anatole, Andre, Antonio, Antoinette, Andrea, Anola and Adonica. Now that is pure Fats!” – Paul

One Beatles member to be particularly influenced by the New Orleans singer was Paul McCartney who went so far as to pen the song “Lady Madonna” in direct response to Domino’s earlier hit “Blue Monday.”

In a 1994 interview, McCartney recounted his experience of writing the track, saying: “Lady Madonna” was me sitting down at the piano trying to write a bluesy boogie-woogie thing”.

“It reminded me of Fats Domino for some reason, so I started singing a Fats Domino impression. It took my other voice to a very odd place.” 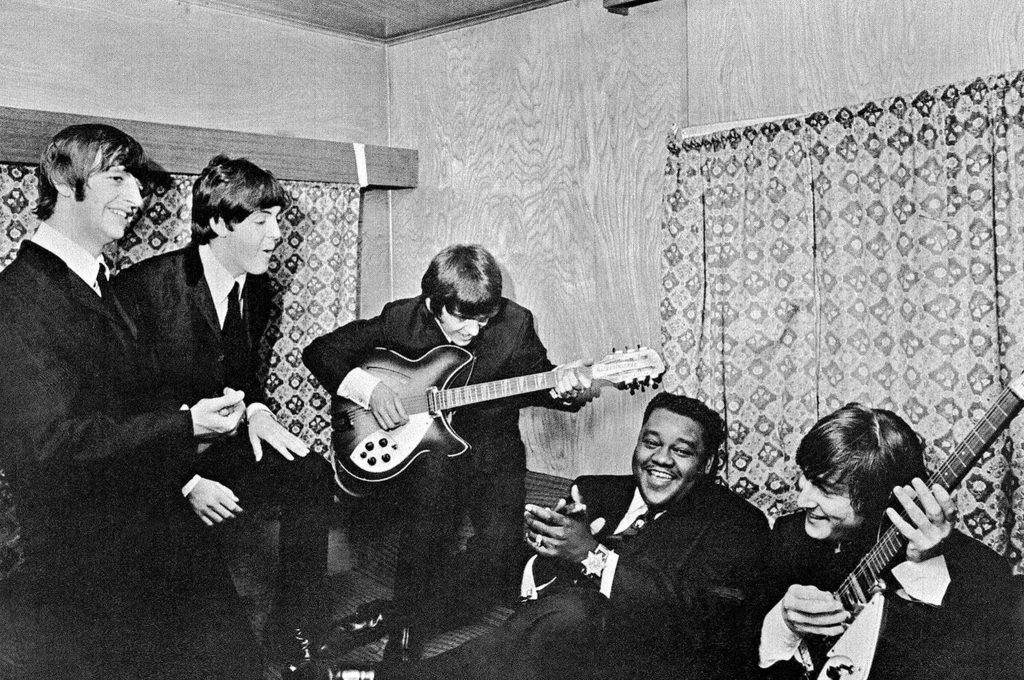 I Want To Walk You Home

Officially appears on Goin' Home: A Tribute to Fats Domino

I'm Gonna Be A Wheel Someday

Officially appears on This One