The game was played at the Louisiana Superdome in New Orleans, Louisiana, on February 3, 2002. Following the September 11 attacks earlier in the season, the NFL postponed a week of regular season games and moved the league’s playoff schedule back. As a result, Super Bowl XXXVI was rescheduled from the original date of January 27 to February 3, becoming the first Super Bowl played in February. Due to heightened security measures following the terrorist attacks, this was the first Super Bowl designated as a National Special Security Event (NSSE) by the Office of Homeland Security (DHS). The DHS would later name each subsequent Super Bowl a NSSE. […]

In a video segment, past and present NFL players read excerpts from the Declaration of Independence, which has become a part of all subsequent Super Bowls carried by Fox Sports. Super Bowls XXXIX, XLII, and XLV used different active and former players (and a player’s widow) reading the Declaration for each version. Former U.S. presidents Gerald Ford, Jimmy Carter, George H. W. Bush, and Bill Clinton appeared in another videotaped segment and recited some of the speeches by Abraham Lincoln. Because Ronald Reagan had Alzheimer’s disease, his wife Nancy appeared on the segment in place of him.

Having been postponed due to the devastating events of 9/11, the 2002 Super Bowl had a more noticeably patriotic theme. Paul used the world stage to play ‘Freedom’, the song he’d written in the direct aftermath of the terrorist attacks, and to help spread the message of peace and togetherness. Paul released a statement just before his performance at the event on 3rd February 2002 in which he said; “As a sports fan, I am thrilled to have the opportunity to be involved in the Super Bowl, and as a musician, I am honoured to add my voice to the message of tribute that this year’s Super Bowl will carry.“ 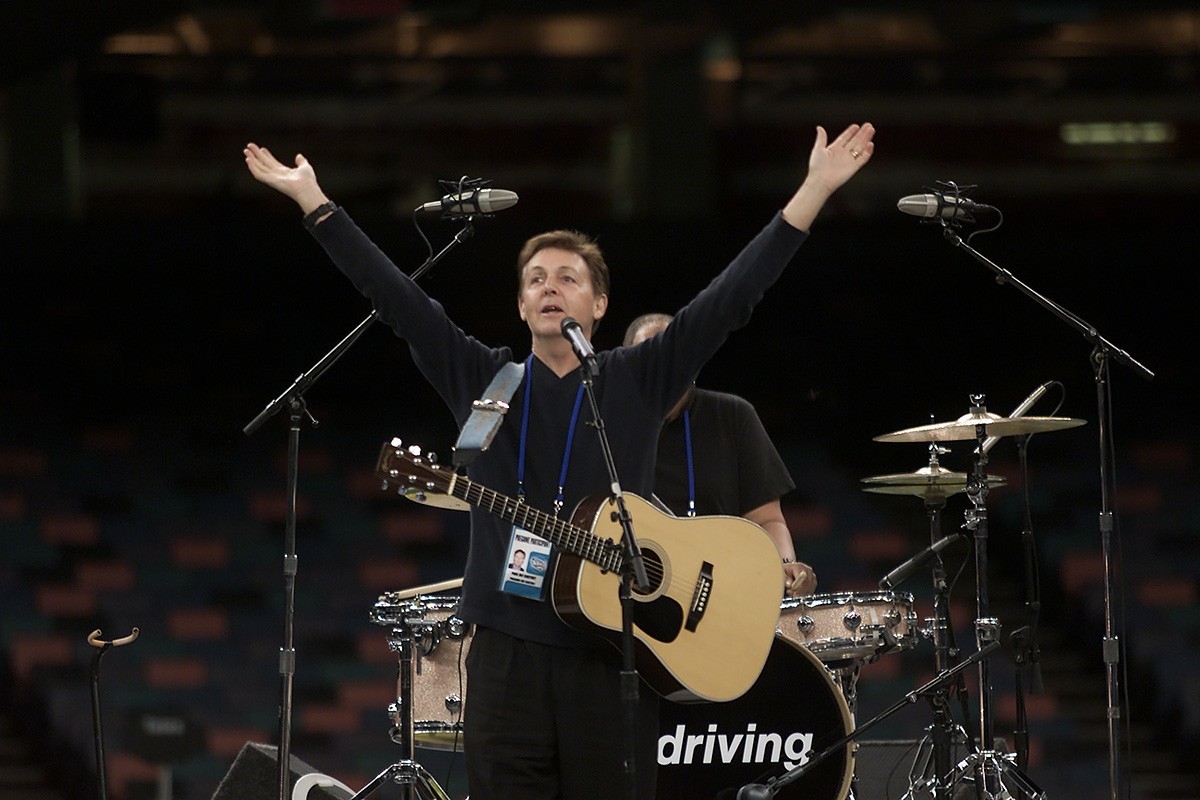 (From KZOK: Paul McCartney rehearsing for his Pre-Game Super Bowl XXXVI performance at the Superdome in New Orleans, LA, 2/3/02. Photo by Frank Micelotta/ImageDirect.) 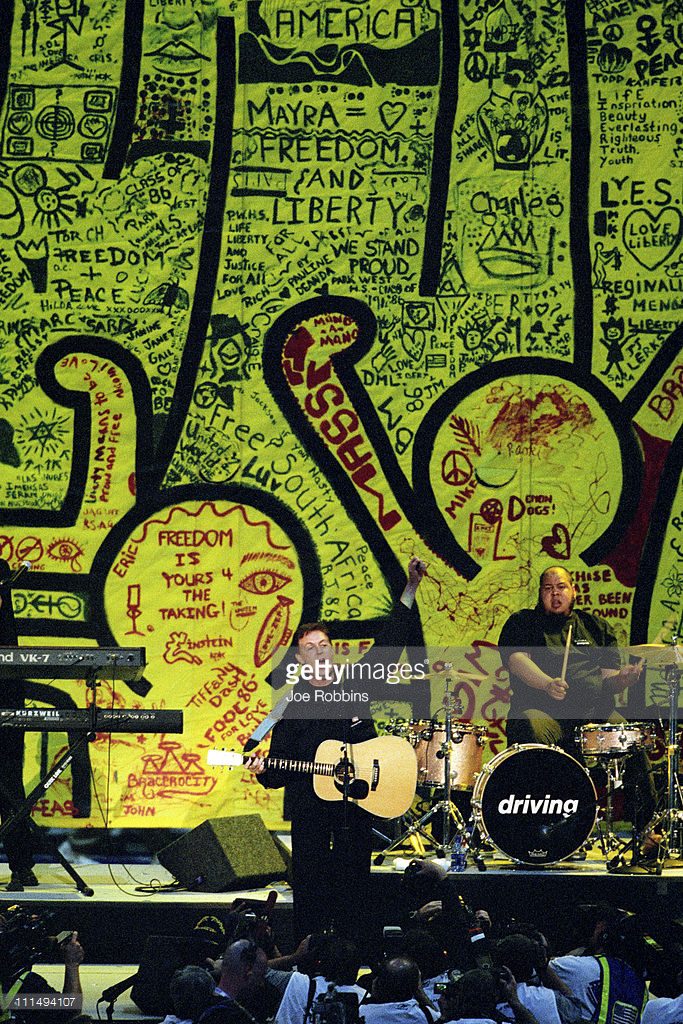 This was the 2nd concert played at Louisiana Superdome.

Album Available on Driving Rain... In The New Century