“Foxy Lady” (or alternatively “Foxey Lady”) is a song by The Jimi Hendrix Experience from their 1967 album Are you Experienced. It can also be found on a number of Hendrix’s greatest hits compilations, including Smash Hits (1968/1969) and Experience Hendrix: The Best of Jimi Hendrix (1997). Rolling Stone magazine placed the song at #152 in their “500 Greatest Songs of All Time” list.

The song is well known for its guitar riff, which alternates between the bass F# (and its octave), which Hendrix played with his thumb on the second fret, and the ringing E–A dyad at the fifth fret. It is one of Hendrix’s earliest uses of feedback in a studio recording. The song is also known for its use of the so-called “Hendrix chord”, the dominant 7#9.

The United States version of Are You Experienced (also released in Canada) listed the song with a spelling mistake as “Foxey Lady” and this is how it is still known among many North American fans and critics today.

The group had difficulties deciding how to end the song. Bass player Noel Redding claimed that the last chord was his suggestion.

Hendrix commented on his own lyrics by saying that he did not approach women in such a straightforward manner as the lyrics might suggest (“You got to be all mine” etc.) 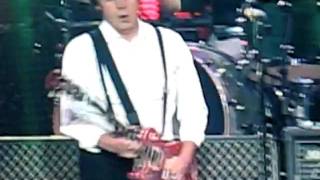 “Foxy Lady” has been played in 374 concerts.

Latest concerts where Foxy Lady has been played

See all concerts where “Foxy Lady” has been played