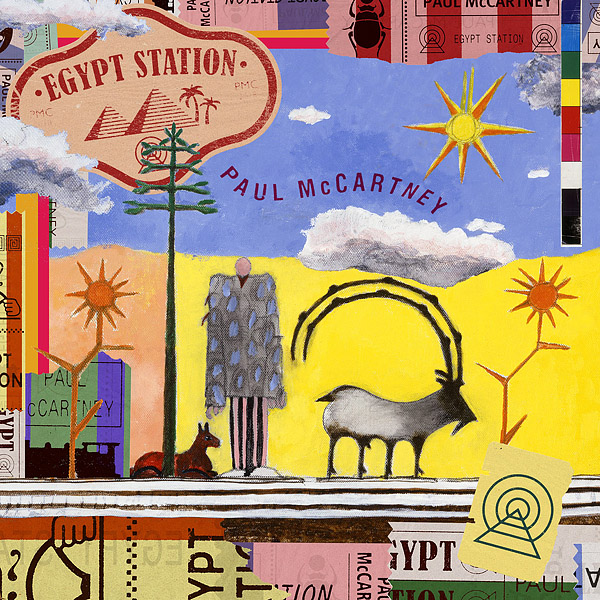 “Opening Station” is the opening track from 2018 album “Egypt Station“, a 42 seconds collage of sounds. From “Words Between The Tracks” YouTube series:

When we decided we were going to call the album “Egypt station”, I liked the idea of making a montage of sounds that were sort of like a station, so we found one station and then we added another one to it, the sound effects of real stations, and then we started to make up some little noises that we added to make it like a dreamscape, so the idea being that, this kind of dream location was where all this music was going to emanate from. And you set off on a journey and each song becomes a different station.

I wanted to open it with sounds of a station, which is a nod to Sgt. Pepper’s. The sounds of a concert hall. I played it to Geoff Emerick actually, when we were in LA, and he said, “That reminds us of something, doesn’t it?”. And I said “Yup”. So it’s a tribute to that.

That started with a choir piece that Paul had worked out on the keyboard. Then we brought in David Campbell to help arrange the choir. We went into a cathedral to record that, which was really cool. It started with us in the studio. Paul had worked out some chords that he wanted the voices to do. Then we started creating different ambient noises, some of which came from tape loops. He had a little portable reel-to-reel player, the one they used on Revolver for “Tomorrow Never Knows.” That was done on this little Brenell tape machine. We created some of the sounds on that, like slowing down guitars.

I’m pretty sure that it is. He was a kid back then experimenting and being like, “Hey, if you do this, it actually loops and you can slow down the tape and make these cool effects.” John had one too.