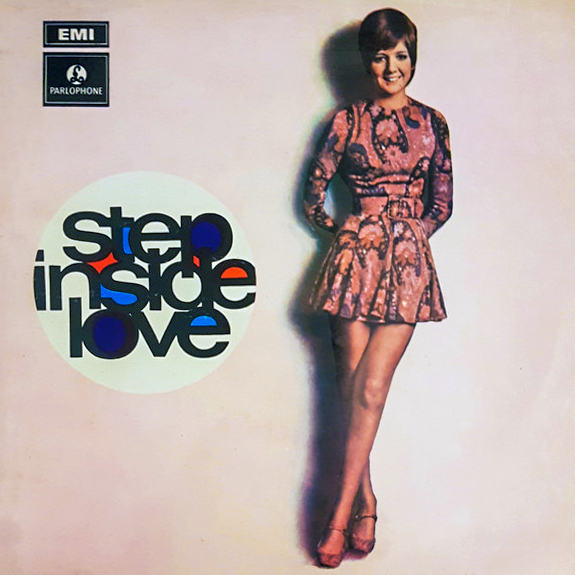 Paul McCartney had written “Step Inside Love” for Cilla Black, to serve as the musical theme of her TV show “Cilla”. The show had started on January 30, 1968 and there had been a positive buzz around the song. But at this stage, the song only consisted of one verse and a chorus.

So on this day, Paul augmented “Step Inside Love” with a second verse. That way, Cilla could record a full-length rendition to be released as her next single.

After a few weeks of my TV show I was fed up singing it and I thought the public would be, too. […] Paul McCartney had to write the middle a couple of days before he went to India so I could record it.

All he had given us was one verse and a chorus with him playing on guitar. We played it that way for the first couple of weeks and then decided that we needed a second verse. Paul came over to the BBC Theatre in Shepherd’s Bush and sat with me and Cilla and worked on a second verse. It started off with the line, ‘You look tired, love’, because Cilla was tired after a lot of rehearsing and most of what he wrote related to what was going on that day.

The letters bombarded the BBC. “Please Cilla,” they said, “where can we get a recording of your theme song?“

That’s the Lennon-McCartney song, “Step Inside Love” used on Cilla’s own show.

“So I just had to do a recording,” cooed Cilla this week in that fetching Liverpudlian accent.

“Oh,” corrected Cilla, “I did do ‘Yesterday’ – but that was used as the B-side to ‘Love Is Just A Broken Heart’. This new one will be the first A side since ‘It’s For You’.“

Why such a shortage of Beatles songs in Cilla’s repertoire? “I never go to people and ask them to write a song for me,” says Cilla. “I think it takes the edge off“.

“Paul asked me if he could do the signature tune for my series. Now I’m recording it because I’ve had so many requests following the TV shows. It’s quite a simple song, but we had three goes at it before we got it right. Paul writes simple songs, but they are difficult to arrange and get the sound you want. On the first recording, Paul played it on guitar, but the key didn’t suit me – I had to have it taken up. Then the second recording was disappointing. I just couldn’t get my teeth into it. But we did a great recording last Wednesday, and the record is out this week. One advantage of doing a TV series, you can experimentally try songs out and see what sort of reaction you get. We got a good one to ‘Step Inside Love’, so we decided to go ahead with it“. […]