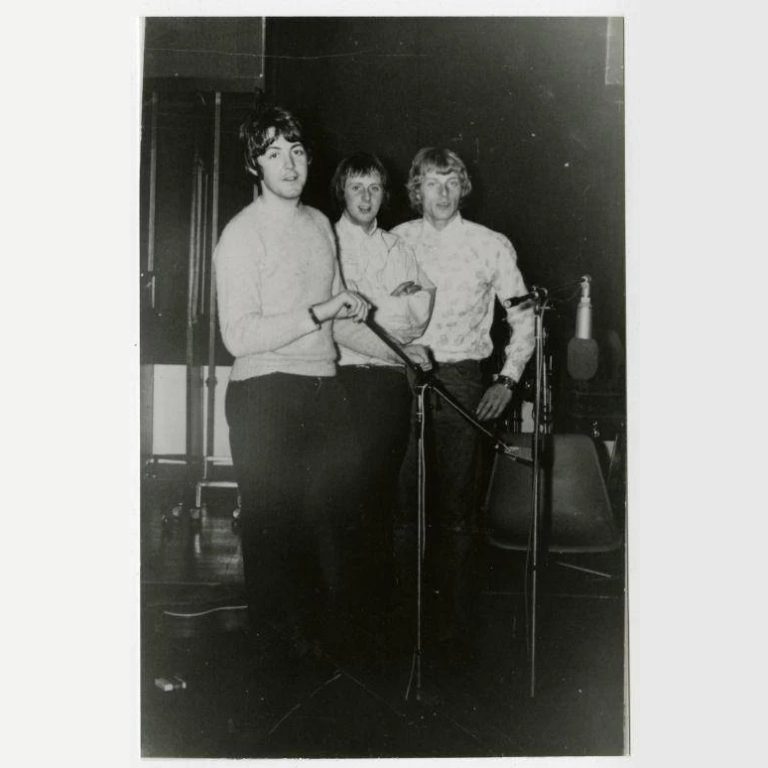 Keith Drewett and Peter Dymond, of the duo Drew And Dy, met with Paul McCartney in May 1968 when, while in a taxi, they spot him standing outside of the Apple Boutique. They jumped out of the cab and ran up to Paul and asked him to listen to their music. Paul invited them to the empty boutique and they played him six of their songs.

[…] In May 1968 we arrived in London for an audition with a music publisher and on our way back to the station in a taxi we saw Paul McCartney in the street outside the Apple boutique in Baker Street. We stopped the taxi and ran up to Paul. We said, ‘Please Mr McCartney, all the world knows you have golden ears. We don’t expect you to sign us, please just listen and tell us if our songs have anything.”

I think he was a little surprised, but certainly very unfazed. When we explained that we didn’t have a tape, he said, “Okay, we’ll have a little audition. Come on in and we’ll find somewhere.” There were no staff that I can remember in the boutique – and no customers. We then went in through a little side door that led directly to a staircase from the street, so we were probably round the side of the building. The clothes were surprisingly conservative. Paul was dressed in a sweater and trousers, much as he was when he did the session later.

Paul got two people to fetch a Revox tape recorder after we had played him about six of our songs on the stairs. They came with a key and unlocked a room and set the recorder up on a table and we taped the six tunes for him. There were these other two in the room as well, but I don’t remember much about them, all I could see was Paul! He smoked a cheroot, I recall. At the end of the day he said something like, “You’ll be hearing from us.” He then communicated by letter (which I no longer have) saying, “Dear Drew and Dy, your songs grow on all that hear them, especially ‘Taurus The Bull’ and ‘Tales Of Frankie Rabbit’, so we’ll be getting together soon to do something, like record.” […]

Paul McCartney would produce three songs for Drew And Dy during a session at Trident Studios on August 12, 1968. Those songs would remain unreleased.