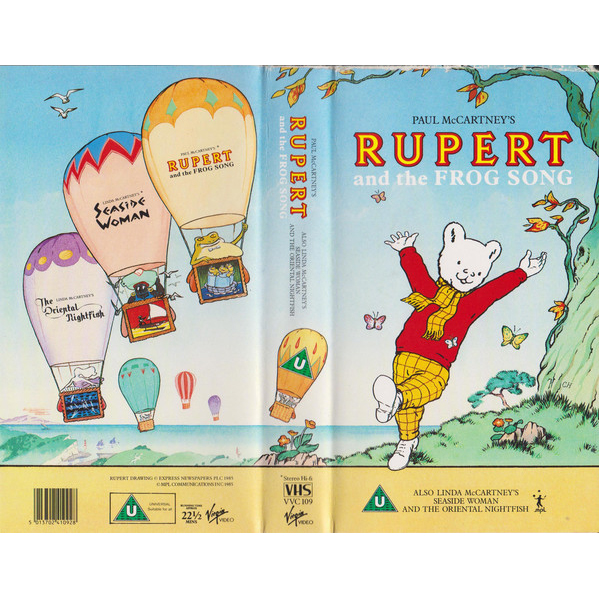 Released in line with the hugely successful ‘We All Stand Together’ single, Paul’s Rupert and The Frog Song went on to become the biggest selling video of 1985 and was later nominated for the Best Music Video – Short Form at the 1986 Grammys. As well as featuring the main story of Rupert’s adventures with the frog chorus, the video also came with two other short films, Seaside Woman and The Oriental Nightfish, both featuring music by Linda McCartney.

At the close of trading on January 6, Virgin Video had shipped out a phenomenal 130,000 units of the video “Rupert And The Frog Song”, making it the second most successful video ver released in the UK. And Virgin are confident that with re-promotion next Christmas, it will overtake Michael Jackson’s “Thriller” (which has sold 144,500) and become the top
selling UK cassette of all time.

The massive demand for “Rupert And The Frog Song” – which pundits put down to the bear’s character, Paul McCartney’s name and extensive press/TV advertising – took Virgin by surprise, and led to a shortage of boxes and labels, and the employment of five video duplication plants!