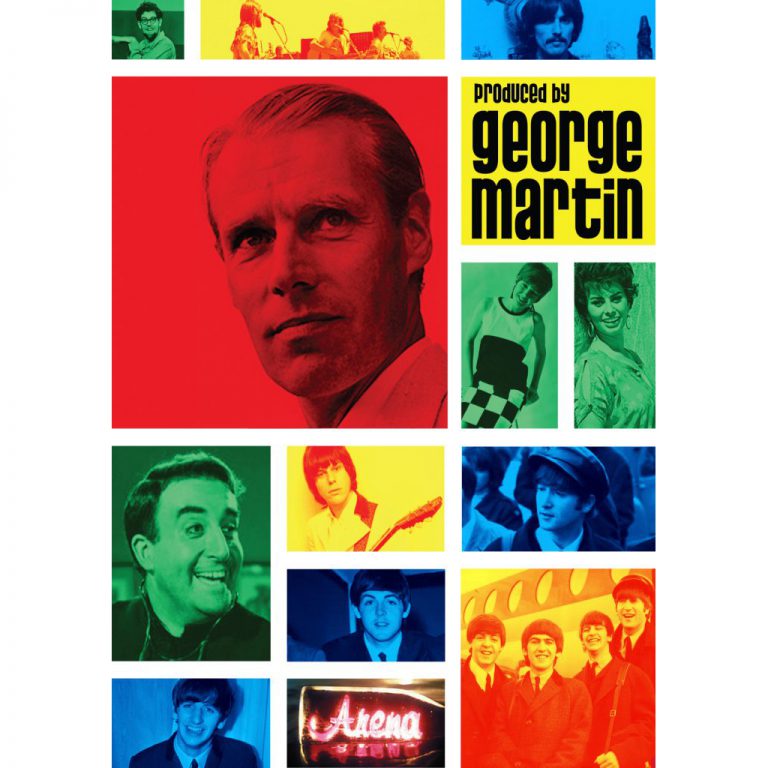 “Produced by George Martin” is […] the title of a documentary film on George Martin co-produced by the BBC’s Arena team and released in 2012 by Eagle Rock Entertainment on DVD and Blu-ray.

The film documentary was first aired by the BBC in the United Kingdom on 25 April 2011. It combines rare archive footage and new interviews with, among others, Paul McCartney, Ringo Starr, Jeff Beck, Cilla Black and Giles Martin. The DVD and Blu-ray was released worldwide on 10 September 2012 and includes over 50 minutes of out-takes and bonus interview footage from Rick Rubin, T-Bone Burnett and Ken Scott.