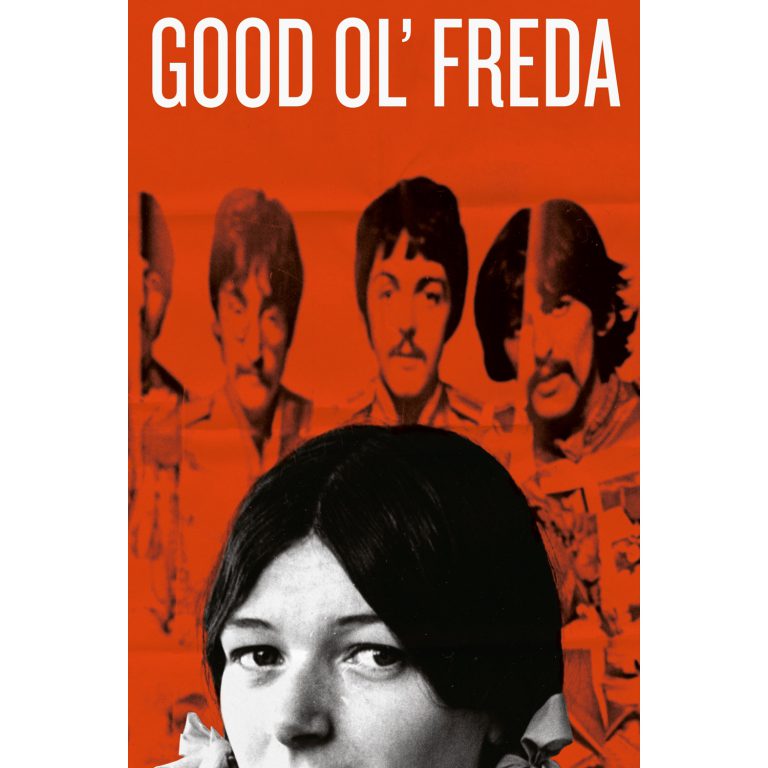 Ryan White has achieved the nearly impossible: The director got rights to use four original Beatles songs in his documentary Good Ol’ Freda.

Premiering on March 9 at South by Southwest, the film tells the story of Freda Kelly, the band’s beloved secretary who spent 11 years working for the Fab Four and ran the Beatles fan club. It’s the first time Kelly, now in her late 60s, has told her story, though many have tried to pry it out through the years.

“She’s not tempted by money at all,” says White, 31, whose first doc was 2010’s Pelada, about pickup soccer around the world. “Freda closed the Beatles’ offices, so she left with truckloads of Beatles stuff and gave it all away to fans over the years.” The reason she’s breaking her silence, adds White, who met Kelly through his uncle, a member of the Beatles’ Liverpool peers The Merseybeats, “is for her 2-year-old grandson — she sees it as a sort of home movie.”

It’s no small feat getting clearances for Sony/ATV Publishing and Apple Corps’ most prized assets because of the many parties whose signoffs are required (among them, Paul McCartney and Ringo Starr, as well as the estates of John Lennon and George Harrison). Rights also are expensive: AMC’s Mad Men coughed up $250,000 for a snippet of “Tomorrow Never Knows” last season.

White won’t divulge what he paid for “Love Me Do,” “I Saw Her Standing There” and two others, but he says of Kelly, “Clearly the living Beatles have a lot of respect for her.”

“Good Ol’ Freda” is the untold story of Freda Kelly, the Beatles’ trusted secretary and friend throughout their rise to fame.

On The Beatles’ 1963 Christmas record, George Harrison gives thanks to “Freda Kelly in Liverpool.” The three other Beatles shout out in response, “Good Ol’ Freda!”

George is referring to Freda Kelly, The Beatles’ secretary from the early Cavern Club days when they were playing to audiences of 30 people at lunchtime, all the way through their years of international popularity and stardom, and until they eventually broke up in 1970.

Freda was only one of a handful of employees for The Beatles who lasted for the entire “Beatles Era.” And sadly, she is one of even fewer who are still alive today. As Beatles press officer Tony Barrow says, “Freda is one of the few ‘backroom boys’ who’s never got the recognition she deserves for all the hard work she put in on behalf of the Fab Four.”

But Freda has never been interested in recognition. After The Beatles disbanded, Freda got married and started a family life in the English countryside, deciding to assume a life of anonymity instead of staying in the Beatles spotlight. And for 50 years she has maintained this private life, keeping her memories to herself.

Intensely private and loyal, Freda has never put her stories down on camera until now: this film will be the first time Freda shares her insider’s perspective on the greatest band of all time. Her motivation after all these years: “Who knows how much longer I’ll be here, and I want my grandson Niall to know what his Granny did in her youth. I want him to be proud.”

The film will tell The Beatles’ story through the eyes of their secretary and friend. Freda’s stories are charming and funny, humble and accessible – and they reveal a side to The Beatles rarely seen. Stories include:

The film will also look at Freda’s life-long career as a secretary. She still holds that title today, working at a solicitors’ firm outside Liverpool, maintaining that same sense of loyalty and privacy with which she served The Beatles. Most of her co-workers don’t even know that she once held one of the highest-profile secretarial jobs ever. But it is these qualities that make Freda who she is, and was – one of very few employees Brian Epstein kept in the inner circle throughout the decade-long “Beatles Era.”