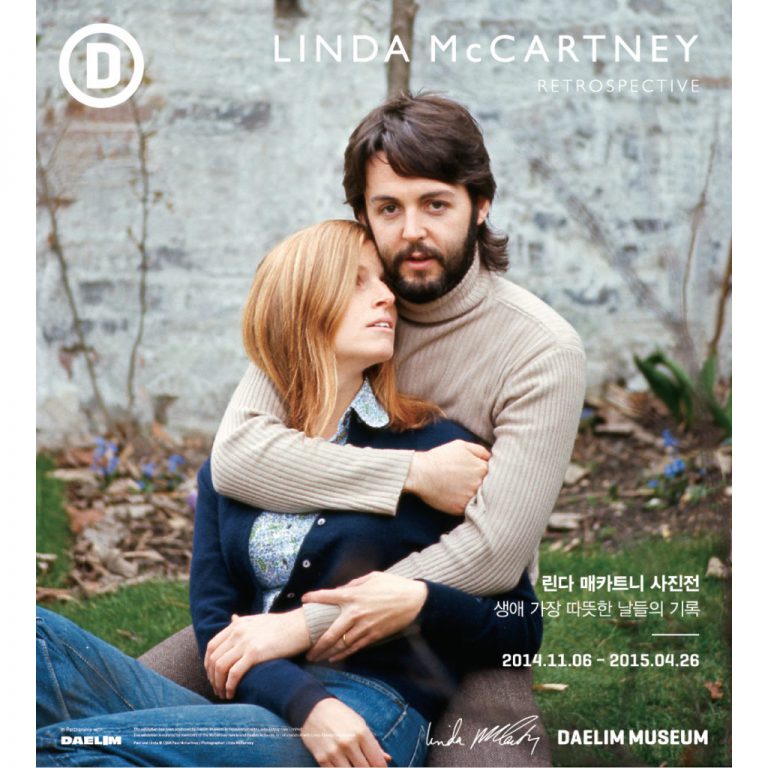 Paul McCartney partners with Jaunt for VR experience of concert

From The Rolling Stones to The Beatles:
The greatest female photographer of her era

Daelim Museum is pleased to present ‘Linda McCartney Retrospective’, Korea’s first ever exhibition of works by Linda McCartney, one of the most remarkable photographers of the 20th century, from 6th November, 2014 to 26th April, 2015.

Linda captured casual and intimate scenes featuring many of the best-known musicians of the 1960s and 70s, from The Rolling Stones to The Beatles, creating a unique world of work in the process. This exhibition combines images of top musicians from the last century with shots of precious moments in McCartney’s everyday life. Reflecting her search for simple happiness in the midst of a rock and roll life, and her constant willingness to take a stand on social issues, the retrospective, produced by Daelim Museum and the McCartney family, presents a journey into McCartney’s life and her passion for photography.

Linda McCartney was the first female photographer to have her work featured on the cover of legendary music and culture magazine Rolling Stone. She built her reputation by capturing many of the icons of 20th century music, including The Beatles, The Doors, Jimi Hendrix and Eric Clapton, in places such as New York, California and London. Unlike other photographers known for their outstanding techniques or intellectual content, McCartney developed a reputation for unembellished images that offered candid glimpses into the emotions of her subjects. In the words of her daughter, international fashion designer Stella McCartney, “Her humour is there, her sympathy, her love of nature and life. Every image is a reflection of her way of seeing life and how she viewed every day with fresh eyes. Her lens was her way of expressing herself, the real Linda.”

After marrying Paul McCartney, Linda began expanding the scope and potential of her art. Recording her family and daily life in photos, she moved into other genres such as music and film. At the same time, she took a critical stance on social issues such as vegetarianism and was a passionate animal rights activist, maintaining a presence in print and broadcast media.

The exhibition consists of around 200 of Linda’s iconic photographs, including “Chroniclers of the 60s,” which features images of some of the leading musicians and artists of this era, her best known works; “The Family Life,” a collection of photographs taken by the artist of her family, “Social Commentary,” designed to convey the artist’s social messages; and “Portrait of Linda,” which presents her as viewed by the artists with whom she enjoyed close relationships. A background story, portraying Linda through the recollections of fellow artists, and a selection of rare materials such as records and interviews featuring her, also awaits viewers.

As an acclaimed photographer, social activist and devoted wife and mother, Linda McCartney strikes a deep chord with many young women today. This exhibition thus offers viewers a unique opportunity to find inspiration and happiness in life, through McCartney’s exceptionally intimate photographs.