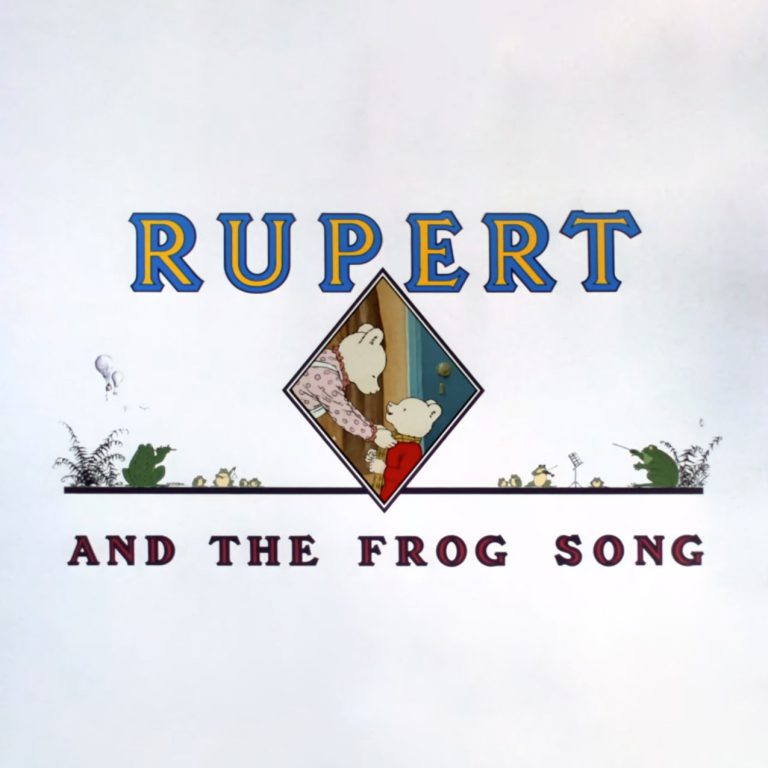 “The Life and Works of Alfred Bestall, Illustrator of Rupert Bear” book published

The short animated film “Rupert And The Frog Song” was restored in 4K and released on streaming platforms on this day. The official music video was also remastered and upgraded to HD, and released at the same time.

To mark the centenary of DreamWorks Animation/Classic Media’s Rupert The Bear later this year, Paul’s iconic 1984 Rupert-inspired song We All Stand Together and animated film Rupert and the Frog Song will receive special releases. […]

[We All Stand Together] was the focal point of Rupert and The Frog Song – a short animated film that Paul began work on in 1981 with animator Geoff Dunbar.  The film has now been fully restored in 4k as well as getting a new audio mix.  Written and produced by Paul and directed by Geoff, Rupert and The Frog Song was eventually released in 1984.  The film saw Paul voice the character of Rupert and featured the voices of the beloved British TV icons June Whitfield (as Rupert’s mother) and Windsor Davies (Father Frog). Released simultaneously with We All Stand Together the film went on to become the biggest selling video of 1985 in the UK earning Paul a Grammy nomination in the process as well as seeing him win a revered Ivor Novello Award for Best Film Soundtrack and picking up a BAFTA for Best Animated Short Film.

The film along with the amphibian anthem were inspired by Paul’s childhood love of Rupert and a specific drawing Paul remembered from the 1958 Rupert Bear Annual.

“I’ve always loved animation.  It started with the Disney cartoons and went on from there. As a kid I would always get the Rupert Annual at Christmas. I remember getting the idea for a film project when looking through one of them.  There was a standout image in colour and when I saw it I could imagine a concert of frogs with them all doing different parts, a choir and an orchestra, and I could almost hear the music.”

The project had been in the making for a long time.  Paul’s original idea had been to make a feature length film and he set about work for this in the 70s recording songs and writing stories that to this day remain unreleased with one of the unreleased songs dating back to The Beatles Let It Be sessions in 1969.

“I had wanted to make a Rupert feature film for a while but didn’t realise what a difficult task it actually was.  I remember telling John Lennon about it and he encouraged me to have a go which was great but you need more than that to make a film.  There were so many different things to think about, things like securing the rights.  It was all too much.  Eventually I had the idea to make a short film with an animator I admired, Geoff Dunbar.”

Like Paul, Geoff Dunbar had grown up on Rupert and unlike other animators who were suggesting some kind of Rupert reboot, Geoff, sharing Paul’s vision, believed that Rupert shouldn’t change. Geoff took inspiration from the demo of We All Stand Together and just as Paul had heard what the song might be years before when looking at the annual, Geoff started to visualise the film based on Paul’s music and he and Paul would back and forth ideas on the project as it started to come to life. Rupert and The Frog Song was made in a pre-digital age, all handcrafted, and this year has undergone a painstaking and serious restoration process in which the film has been regraded and restored frame by frame.

Watching the new film Geoff says: “It’s delightful and absolutely thrilling.  I’m totally blown away by it and the sound quality too.  I’ve always maintained what a marvellous piece of work it was.  It was seriously adored and a massive hit all over the world.”

The day after (November 9, 2020), a performance of “We All Stand Together” by the LIPA 4-19 choir, filmed outside the Paul McCartney Auditorium on site at the Liverpool Institute For Performing Arts, was released.