“McCartney 3,2,1” TV documentary released in the US 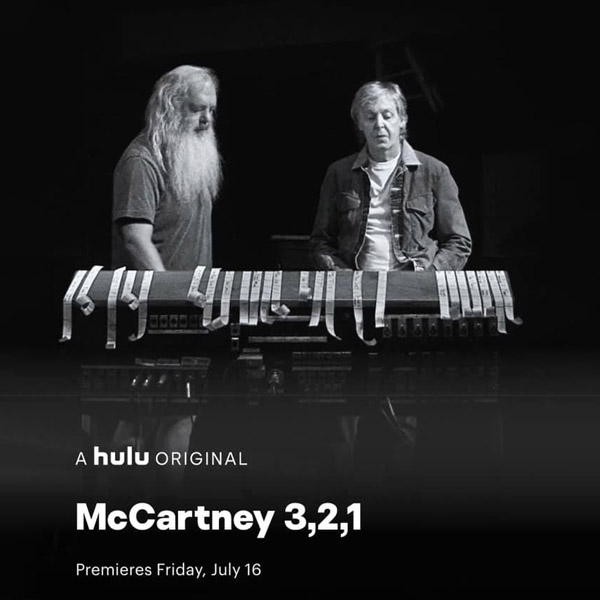 “McCartney 3,2,1” is a 2021 documentary miniseries starring Paul McCartney and producer Rick Rubin. The six-part series features the pair discussing Paul’s career, from The Beatles and Wings to his time as a solo artist.

Paul McCartney sits down for a rare, in-depth, one on one with legendary producer Rick Rubin to discuss his groundbreaking work with The Beatles, the emblematic 70s arena rock of Wings and his 50 years and counting as a solo artist. In this six-episode series that explores music and creativity in a unique and revelatory manner, join Paul and Rick for an intimate conversation about the songwriting, influences, and personal relationships that informed the iconic songs that have served as the soundtracks of our lives.