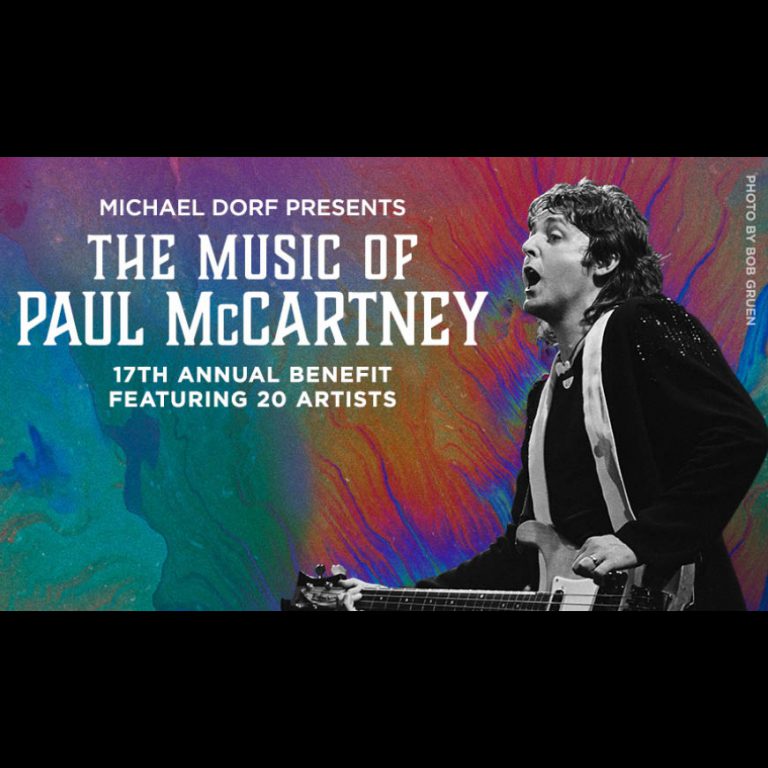 A DAZZLING ARRAY OF A-LIST ARTISTS COME TOGETHER TO PERFORM

THE MUSIC OF PAUL MCCARTNEY AT CARNEGIE HALL

The 18nd Annual Music Of fundraising performance, produced by Michael Dorf Presents, will spotlight the work of Paul McCartney and take place March 15, 2023 at one of the world’s most venerated venues, Carnegie Hall. McCartney’s music has been bringing people together for decades as a member of the Beatles, Wings, and an acclaimed solo artist. His tender ballads, frisky rockers, and his always reflective and deeply insightful lyrics have soundtracked the lives of many generations over six decades. The Music Of Paul McCartney will feature a gathering of iconic family and friends who will celebrate McCartney’s legacy while also raising funds to support music education programs for underserved youth. VIP packages with the best seats in the house include the afterparty, among other perks. This magical night of McCartney’s music is now on sale at musicof.org.

The era-defining two-time Rock and Roll Hall of Famer and singer-songwriter’s astounding career includes having written or co-written a record 32 songs that have topped the Billboard Hot 100. The Music Of Paul McCartney will feature Lake Street Dive, Allison Russell, Bettye LaVette, Peter Asher, Ingrid Michaelson, Glen Hansard, Lyle Lovett, The Cactus Blossoms, and Shovels & Rope among others, each performing a song from the vast catalog of this prolific songwriting legend.

“What an honor to work with one of the greatest singer/songwriters in history and have him interested in our annual show at Carnegie Hall. We have missed doing this during the pandemic and looking forward to this special night. Of course, we will miss Rita Houston of WFUV, our longtime MC who passed from a battle with cancer and to whom we will also be paying tribute this year. Christine Stone of SiriusXM will be joining us this year,“ said Michael Dorf.

Previous Music Of tributes have spotlighted the work of Carly Simon, Prince, Bob Dylan, Joni Mitchell, the Rolling Stones, Aretha Franklin, Van Morrison, REM, and David Byrne, among others. Every year, the tributes have sold out and contributed 100% of the net proceeds—approximately $100,000—from the evening to the following non-profit organizations: Music Will (formally Little Kids Rock), Young Audiences NY, FIXS, Church Street School of Music, The Center for Arts Education, D’Addario Foundation, Sonic Arts for All, Save the Music, Midori & Friends, Grammy in the Schools, the Orchestra Now, and the Newport Jazz Kids.

Established by Michael Dorf in 2003, founder of the Knitting Factory and City Winery, MDP has been presenting the Music Of series at Carnegie Hall for 16 years. Working alongside Michael for the last 11 years has been Shlomo Lipetz, Vice President of Programming at City Winery.