By Kanye West • Single • Part of the collection “Paul McCartney as producer, composer, or session musician in the 10s”

Only Love Remains / Tough On A Tightrope

[…] Written from the perspective of Kanye’s late mother Donda, who died in 2007 from surgery complications, “Only One” sounds like a bittersweet bonus track from Kanye’s 808s and Heartbreak. “Remember how I’d say one day/You’ll be the man you always knew you would be,” West’s Auto-Tuned voice sings. “And if you knew how proud I was/You’d never shed a tear/Have a fear/No you wouldn’t do that.” McCartney, for his part, eschew any histrionics in favor of a simple and plaintive style befitting the emotional lyrics. “My mom was singing to me, and through me to my daughter,” West said in a statement, also noting that the name “Kanye” means “Only one.”

The surprise track appears to be more jumping-off point for the two icons than random one-off. According to a spokesperson for West, “Only One” is the first “publicly available recording from what has become a prolific musical collaboration between these two legendary artists.”

McCartney and West began work on the track earlier last year in Los Angeles, starting with, as the statement notes, “a simple brainstorming session between the two, with McCartney improvising on the keyboards and Kanye vocally sketching and shaping ideas in a stream-of-consciousness riff“.

“Kanye sat there with his family, holding his daughter North on his lap, and listened to his vocals, singing, ‘Hello, my only one…,’” the statement said. “And in that moment, not only could he not recall having sung those words, but he realized that perhaps the words had never really come from him. The process of artistic creation is one that does not involve thinking, but often channeling. And he understood in that moment that his late mother, Dr. Donda West, who was also his mentor, confidante, and best friend, had spoken through him that day.“ 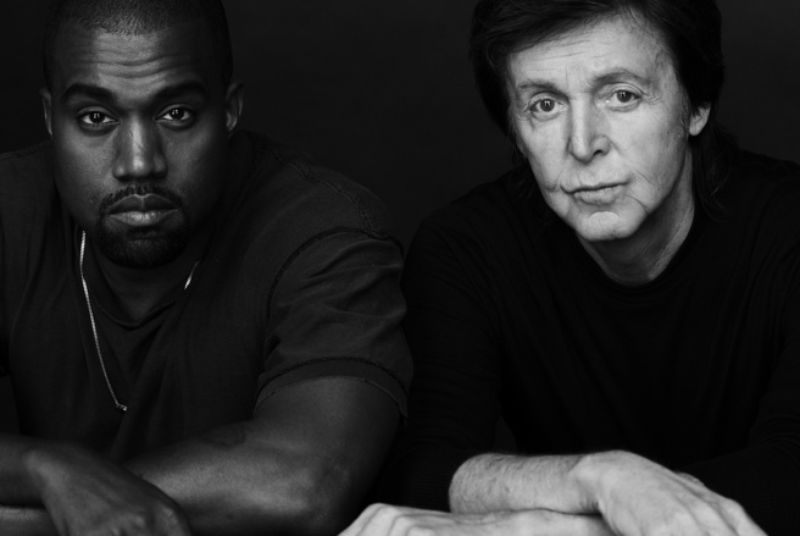