Album This song officially appears on the Only One Single.

Paul McCartney on Life, Art and Business After the Beatles

Sir Paul McCartney on Lennon, Kanye and his own musical legacy

Paul McCartney Liverpool 2015: Working with Kanye, the day I met Elvis and our John's airport

“Only One” is the first collaboration between Paul McCartney and Kanye West, released as a single on the iTunes music store on January 1st, 2015. Paul McCartney plays organ on the track, and co-produced it.

[…] In early 2014, Paul McCartney and Kanye West first began working together in a small bungalow in Los Angeles. The process that would result in “Only One” began with a simple brainstorming session between the two: With McCartney improvising on the keyboards and Kanye vocally sketching and shaping ideas in a stream-of-consciousness riff.

When they played back the recording afterward, something remarkable happened. Kanye sat there with his family, holding his daughter North on his lap, and listened to his vocals, singing, “Hello, my only one …” And in that moment, not only could he not recall having sung those words, but he realized that perhaps the words had never really come from him.

The process of artistic creation is one that does not involve thinking, but often channeling. And he understood in that moment that his late mother, Dr. Donda West, who was also his mentor, confidante, and best friend, had spoken through him that day.

“My mom was singing to me, and through me to my daughter,” he said, astonished.

The small group in the room kept listening: “Hello my Only One…just like the morning sun…you’ll keep on rising till the sky knows your name.”

To some, Kanye’s insight didn’t immediately register. But then he explained: The name Kanye, which his mother had chosen, means “only one.”

And then it dawned on everyone there: Something powerful and undeniable had occurred through the power of music and of letting go. A message had been passed down through generations.

And so it is that there was only one song that could be released first from this groundbreaking collaboration: “Only One,” an anthem of positive reflection, hopefulness and joyous celebration to usher in a New Year. […]

Paul McCartney inspired Kanye West to write “Only One“, by explaining him how he wrote “Let It Be”.

[…] Now with Kanye, I had no idea what was going to happen because I knew it wasn’t going to be two acoustic guitars opposite each other. So I thought, ‘Well, here goes nothing’.

The one provision I said to everyone, I said, ‘Look, if I feel this doesn’t work out, then we just won’t tell anyone. Kanye who? I didn’t work with him!’

I just was myself and I told Kanye various stories that had inspired me musically. One of them was how the song Let It Be arrived, which was through a dream I’d had in which I’d seen my mother, who had died 10 years previously.

But I was so inspired by that that I wrote the song. I told Kanye that, because he’d lost his mother. So then he wrote a song called Only One when I was just noodling around on the electronic piano. So he got the melody, I put the chords in and the style and that’s how it happened.

We sat around and talked an awful lot just to break the ice. One of the stories I told him was about how I happened to have written ‘Let It Be’. My mum came to me in a dream when she’d died years previously. I was in a bit of a state — it was the Sixties and I was overdoing it. In the dream she said, ‘Don’t worry it’s all going to be fine, just let it be.’ And I woke up and thought, ‘Woah’ and wrote the song. I told Kanye this and he said, ‘I’m going to write a song with my mum.’ So then I sat down at the piano.

The whole cadence [of ‘Only One’] is trap. As soon as Paul starts playing, I start singing – in trap.

A music for “Only One” was directed by Spike Jonze, using his iPhone, and released on January 29, 2015. The video was shot in a minimalist style, showing Kanye West walking through a misty field with his daughter North.

“Only One” debuted at number 35 on the Billboard Hot 100 on the chart dated January 17, 2015. Its debut was mainly on the strength of digital download sales; it sold 125,000 copies during its first week, making it the week’s tenth-best selling single. It also marked Paul McCartney’s first top 40 hit in the United States in over 25 years, when 1989’s “My Brave Face” had reached number 25. Following three weeks on sale in the United States, “Only One” had sold 230,000 total copies. On 28 July 2015, the song was certified Gold by the Recording Industry Association of America.

As I lay me down to sleep
I hear her speak to me
Hello 'Mari, how ya doin'?
I think the storm ran out of rain, the clouds are movin'
I know you're happy, cause I can see it
So tell the voice inside ya' head to believe it
I talked to God about you, he said he sent you an angel
And look at all that he gave you
You asked for one and you got two
You know I never left you
Cause every road that leads to heaven's right inside you
So I can say

Hey, hey, hey, hey
Oh the good outweighs the bad even on your worst day
Remember how I'd say, hey, hey, one day
You'll be the man you always knew you could be
And if you knew how proud I was
You'd never shed a tear, have a fear
No you wouldn't do that
And though I didn't pick the day to turn the page
I know it's not the end every time I see her face
And I hear you say

Hello my only one, remember who you are
You got the world cause you got the love in your hands
And you're still my chosen one
So can you understand? One day you'll understand

So hear me out, hear me out
I won't go, I won't go
No goodbyes, no goodbyes
Just hello, just hello
And when you cry, I will cry
And when you smile, I will smile
And next time when I look in your eyes
We'll have wings and we'll fly

Hello my only one, just like the morning sun
You'll keep on rising till the sky knows your name
And you're still my chosen one, remember who you are
No you're not perfect but you're not your mistakes 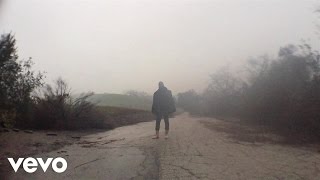