Live 8 was a string of benefit concerts that took place on 2 July 2005, in the G8 states and in South Africa. They were timed to precede the G8 conference and summit held at the Gleneagles Hotel in Auchterarder, Scotland from 6–8 July 2005; they also coincided with the 20th anniversary of Live Aid. Run in support of the aims of the UK’s Make Poverty History campaign and the Global Call for Action Against Poverty, ten simultaneous concerts were held on 2 July and one on 6 July. On 7 July, the G8 leaders pledged to double 2004 levels of aid to poor nations from US$25 billion to US$50 billion by the year 2010. Half of the money was to go to Africa.

More than 1,000 musicians performed at the concerts, which were broadcast on 182 television networks and 2,000 radio networks. 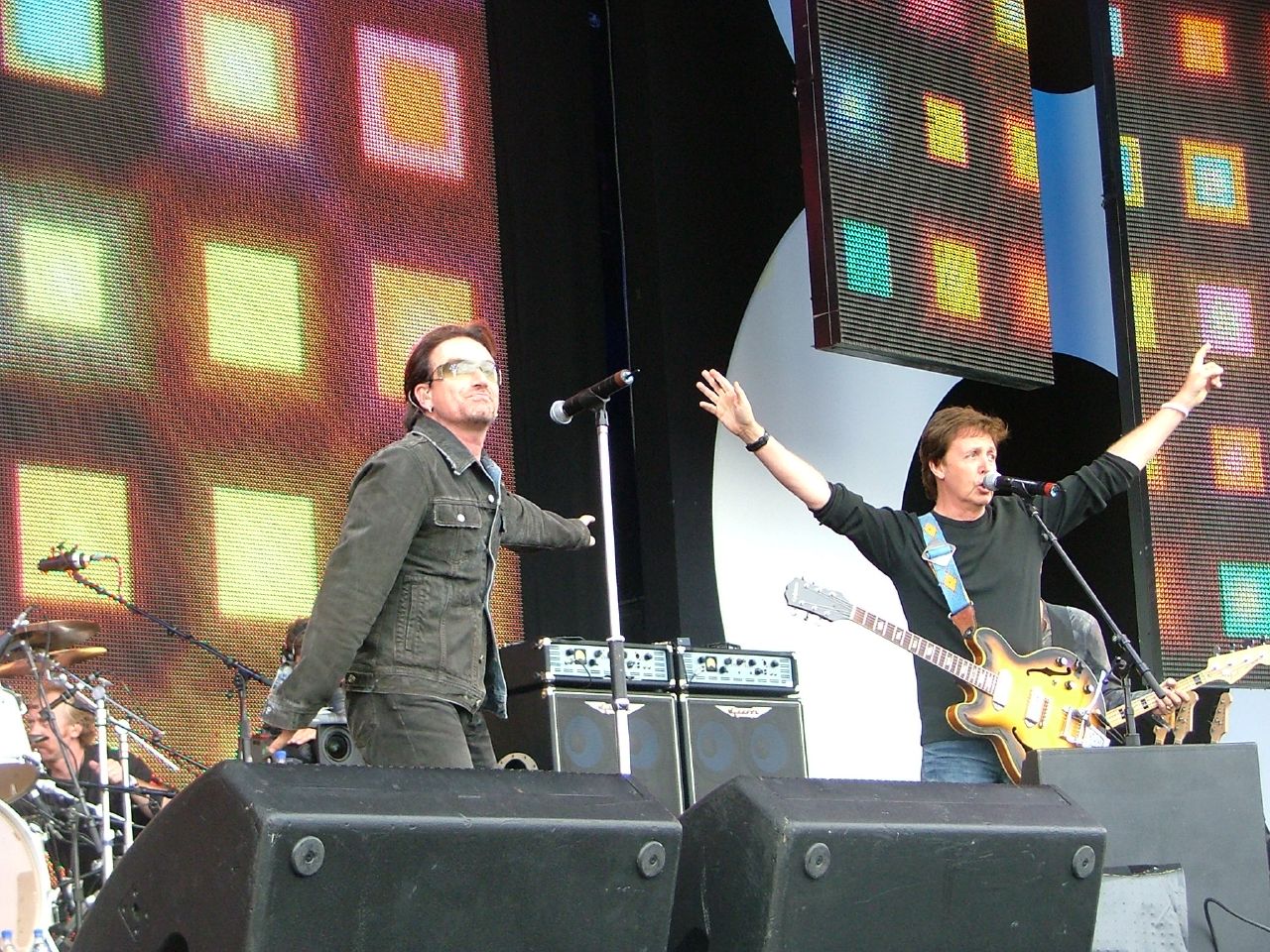 The concert on 2nd July 2005 in London’s Hyde Park was one of ten simultaneous events designed to mark 20 years since Live Aid and encourage the G8 group of nations to redouble their efforts to combat world poverty. Paul opened the show by sharing a stage with U2 to perform ‘Sgt. Pepper’s Lonely Hearts Club Band’. Twelve hours later – after performances from the likes of Pink Floyd, Coldplay, Elton John and Robbie Williams – Paul returned to the stage with his band. They performed Get Back, Drive My Car, Helter Skelter and The Long And Winding Road before Paul was joined on stage for an all-star ending of Hey Jude. 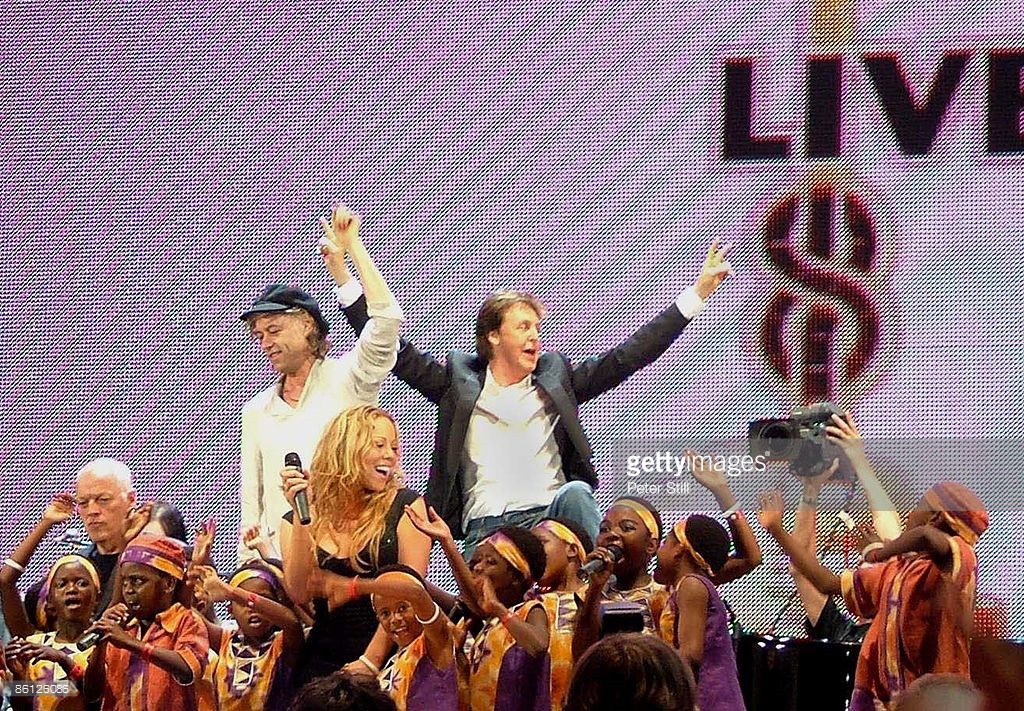 This was the 1st concert played at Hyde Park.

With an all-star ending