With a whopping 46 Grammys between them, it’s no surprise that Kanye West, 37, Rihanna, 26, and Paul McCartney, 72, delivered THE performance of the night at the 57th annual Grammy Awards in Los Angeles on Feb. 8! Their live rendition of their new anthem “FourFiveSeconds” was so amazing! […]

Rihanna, Kanye and Paul totally rocked the Staples Center! The unstoppable trio’s voices blended together in a surprisingly beautiful way when they joined forces to perform their upbeat new song.

It was clear that Kanye was so excited to be on stage with the legendary Paul McCartney. Yeezy himself has declared that he doesn’t like to smile in pictures — or in life, really — but that definitely didn’t apply to this performance!

He looked like a kid in the candy story, smiling and having a really great time interacting with Paul and RiRi on stage. Their enthusiasm was infectious and the crowd went wild! We have to say that RiRi really carried the performance though. No surprise there!

The staging for the performance was stripped down and intimate, with a white background and a huge flood light on the performers, who were all dressed in black. The trio were also joined by legendary guitarist Nuno Bettencourt.

The talented artists got famous faces in the audience clapping and singing along, includingJay Z, Taylor Swift, and of course Kanye’s adoring wife, Kim Kardashian.

Kanye, Rihanna and Paul embraced at the end and it was such an amazing moment! 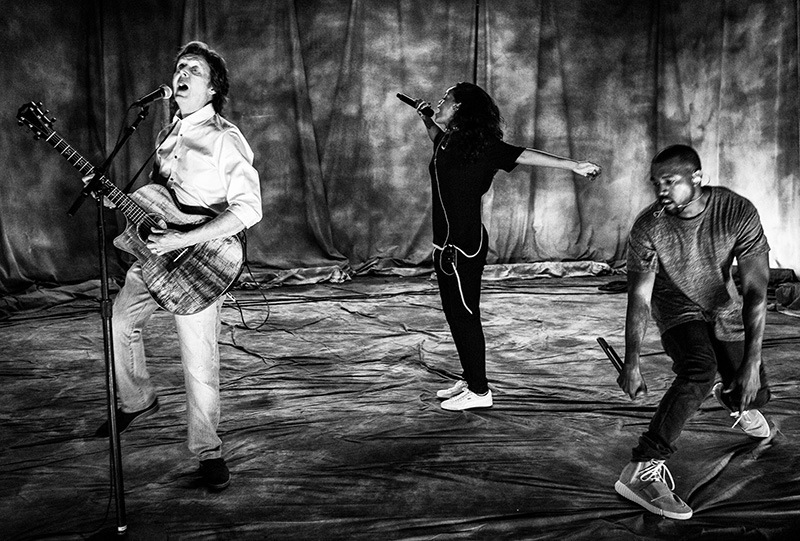 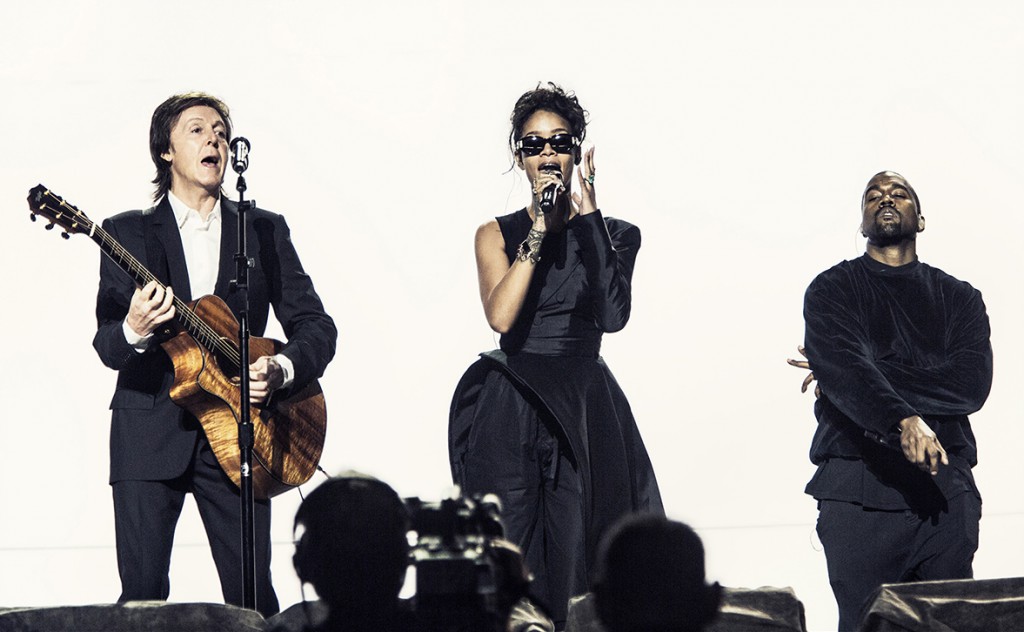 Paul McCartney at Grammy 2015 – from paulmccartney.com 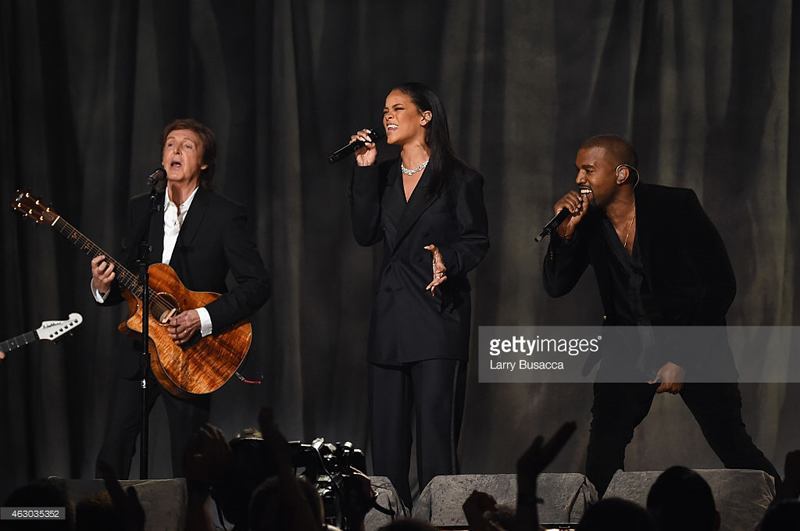 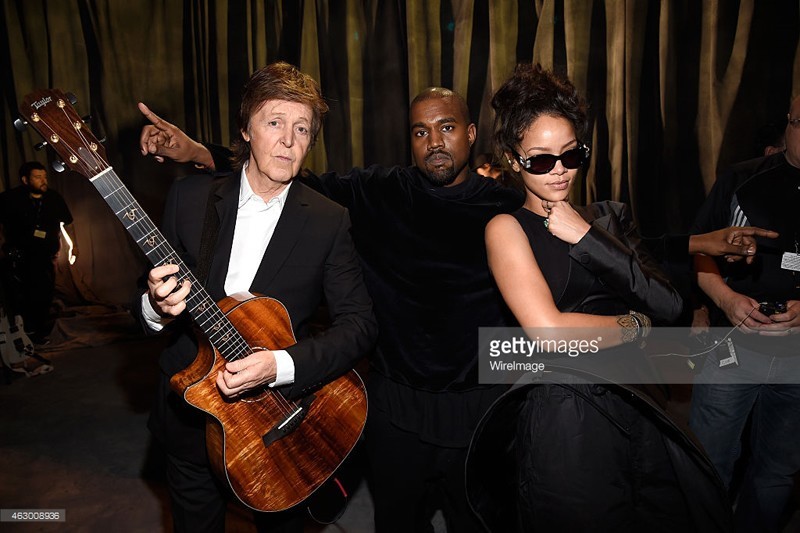 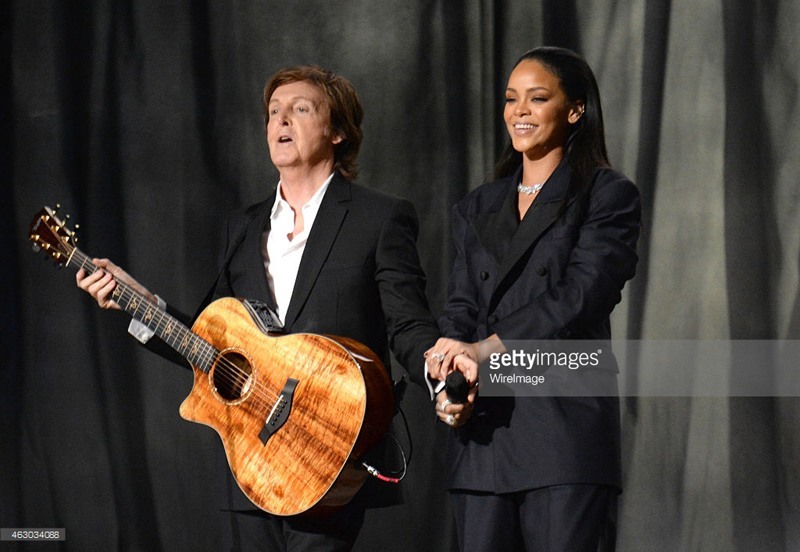 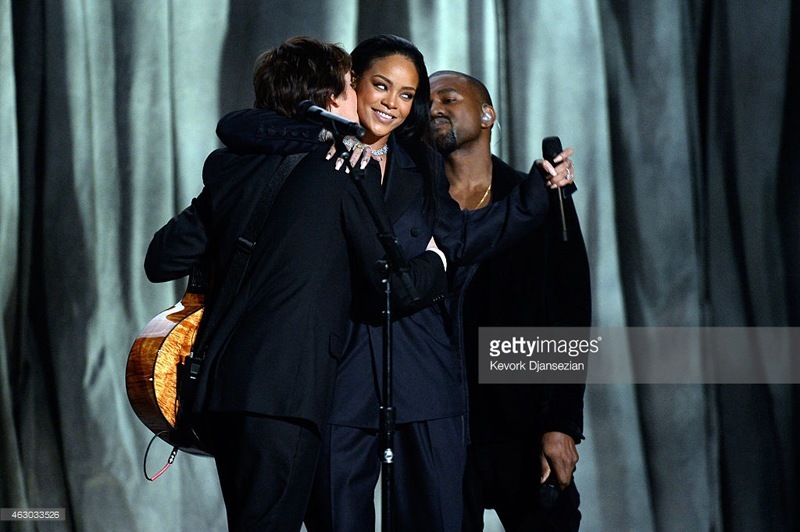 This was the 9th concert played at Staples Center.