The first recording session by the Quarry Men

In Spite Of All The Danger / That'll Be The Day

Running an electrical goods shop in Liverpool wasn’t enough for Percy Phillips, and being 60 certainly wasn’t going to stop him. So in 1955, spurred by the local interest in country and western music, Phillips spent £400 on a portable tape recorder and portable disc cutting machine, microphones and a four-way mixer, which were installed in the middle living-room of his Victorian terraced house at number 38 Kensington, a major thoroughfare located a mile beyond Liverpool city center.

Sparse it may have been but Phillips’ recording facility was efficient. Having arrived for their appointment customers would sit in a waiting area and, when prompted, move into the living-room, face up to the microphones and perform, live. While trams rattled along Kensington – their noise was deadened by a heavy curtain over the studio door – Percy Philllips would first commit the performance to tape and then, provided that the Artiste was not distressed with the result, immediately transfer this to a shellac disc, wiping over the tape next time someone used the studio.

Word of Pillips’ facility soon spread, and as skiffle and then beat music took hold so it began to attract a number of Liverpool’s younger musicians, eager to commit their sound to disc and be able to announce that they had made a record. Having travelled with their instruments from the south end if the city, a quintet called the Quarrymen – John Lennon, Paul McCarntey and George Harrison, who all played guitars, John Lowe who played the piano, and Colin Hanton the drummer – turned up at Phillips Sound Recording Service one day in the spring or summer of 1958. A short while later, having parted company with 17s 6d [88p], the five Quarrymen left 38 Kensington passing among them the cherished fruit of their debut recording session: a very-breakable 78rpm record, ten-inches in diameter. The disc’s labels clearly instructed Play with a light-weight pick-up … but bore no mention of the words Quarrymen, and certainly not Beatles, a name they wouldn’t adopt for another two years.

On one side of the disc was That’ll Be The Day, homage to Buddy Holly and the Crickets, featuring John Lennon’s lead vocal with Paul McCartney providing the high harmonies. On the other side was In Spite Of All The Danger, co-written by Paul McCartney and George Harrison, but, again, with John Lennon singing lead.

Colin Hanton (whose membership of the Quarrymen pre-dated both Paul’s and George’s) and John Lowe (who was recruited principally because he could play Jerry Lee Lewis’s exacting arpeggio part in Mean Woman Blues) left soon after the band’s one and only recording session, leaving the nucleus, Lennon, McCartney and Harrison, to aim for fame. 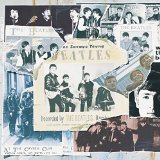 Excellent website about Percy Phillips at http://www.phillipsacetates.com and a new Facebook page at https://www.facebook.com/percy.phillips.1232 A collection of recordings made at Phillips Sound Recording Service is to be released later this year (2018).

Thanks Peter for the heads up ! Excellent initiative !