“Ever Present Past” is a song from Paul McCartney’s 2007 album, “Memory Almost Full“. It was initially recorded during the “Chaos And Creation In The Backyard” sessions, under the title “Perfect Lover“.

Sometimes I just sit down and try to write a pop song. I’ve done it throughout my life and it’s an interesting thing to do, to try to make something catchy. This mone starts off, ‘I’ve got too much on my plate.’ The way I write, I just follow that thought and think, ‘What did I mean by that? Explain yourself.’ After I’d got the verse this idea of my past, my Ever Present Past, came about. There’s no deep meaning in it. I think what happens with me is that I just write something and people read into it. I like that, because often you do things in a subliminal way and don’t realise what you’re doing. So I might think a statement is quite simple, but somebody else might say, ‘Yeah, but it means this…’I like multiple meanings. However, I often just start off with a phrase that’s really just to help me write the song and get me to the next bit.

Although it sounds like electronica, this track is all McCartney on real instruments, though heavily processed. “He showed it to me on piano, and then we started recording with electric guitar, recorded to a drum loop, and then he put down a work vocal and then he recorded his drums,” Kahne recalls.

McCartney played his Epiphone Casino, first heard in 1965 on The Beatles’ “The Night Before.” Kahne says he plays it through a Vox AC30, the same type the Fab Four used in the ’60s, although McCartney’s current amp is a reissue. The bass is his famous Hofner, and the drums are McCartney’s black Ludwig kit, similar to Ringo Starr’s in that the two, both left-handers, play right-handed kits. The song also features harpsichord and flugelhorn by McCartney — the latter heard as a solid note through the pre-chorus.

“Ever Present Past” was released as the first single from that album in the United States on 15 May 2007. In the UK, it was released as the second British single from Memory Almost Full on 5 November 2007 and debuted a week later at #85 in the UK Singles Chart. The single package included a unique “cut out and make your own mobius strip” insert.

I couldn't understand a word that they were saying
But still I hung around and took it all in
I wouldn't join in with the games that they were
playing
It went by, it went by, in a flash
It flew by, it flew by
In a flash

See all bootlegs containing “Ever Present Past” 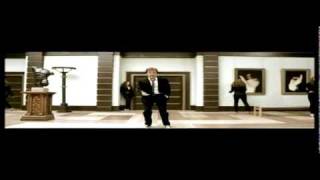