Album This song officially appears on the Press To Play Official album.

Timeline This song has been officially released in 1986

Other "Press To Play" songs co-written with Eric Stewart

“Pretty Little Head” is a song by Paul McCartney, cowritten by McCartney, and 10cc guitarist Eric Stewart. The track is on his sixth studio solo album Press to Play. The track was McCartney’s 38th single, and his first which failed to chart, so, in an attempt to boost sales, he released his first ever cassette single. It still failed to reach the top 75.

A music video, directed by Steve Barron, was recorded for the song, which features a girl running away from home after she witnesses her parents in an argument; she then finds herself in a big city. The girl is actress Gabrielle Anwar. McCartney appears only in a short cameo role, which he filmed in London on 18 October 1986. The beginning of the video contains an excerpt from “She’s Leaving Home,” a Beatles song written and performed in 1967, for the Sgt. Pepper’s Lonely Hearts Club Band album.

Reviews of the song, and the album as a whole, were mixed. The song has been described as “wild, hi-tech experimentation“, and as “computer-laiden, spacey-sounding, boomey-drumming”, while Rolling Stone magazine described it as “dreamily abstract“.

More eccentricity. Paul’s voice is transformed, sounding deep and unrecognisable; the only lyrics which jump out at the listener are in the chant of ‘Ursa Major/Ursa Minor’, but it hardly matters as the whole performance is charged with an otherworldly atmosphere. Paul explains how this was achieved: “I had a new studio, a new producer, a new songwriting partner, so I wanted to try something different… For a long while ‘Pretty Little Head’ was an instrumental. I drummed on it, Jerry played vibes, Eric played keyboards, so we all switched roles to send us off in a different direction.“

"Pretty Little Head" is one of the 154 songs covered. 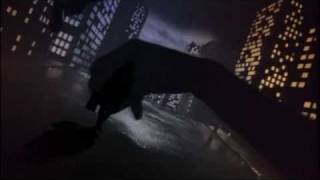