Recording demo of "The Lovers That Never Were"

I’d say the rough recording of “The Lovers That Never Were” is one of the great, unreleased performances of Paul McCartney’s solo career.

[…] The real lost gem from that batch of songs – one of these days one of us should cut it – is The Lovers That Never Were. In its original condition, it’s like something Dusty Springfield or Jackie DeShannon would have recorded. Paul straightened it out in the studio [for 1993’s Off The Ground album] and wanted it to go a different way, but the demo is, I’d say, one of the great vocal performances of his solo career. He’s standing up playing a twelve-string guitar and, weirdly enough, I’m playing piano, just thinking, “Don’t fuck up! He’s really singing this!” He’s singing a ballad in the voice of I’m Down! He’s right over my shoulder singing all this wild, distorted stuff! I had never heard him do that before. […]

One of the best songs that Paul and I wrote together was written at the piano. It was a sweeping, romantic tune that could almost have been an epic Bacharach ballad. In its first draft, it was a little reminiscent of “It’s for You,” a song that Paul had written for Cilla Black in 1964. I’d say the rough recording of “The Lovers That Never Were” is one of the great, unreleased performances of Paul McCartney’s solo career. I know you’ll just have to take my word for this, but I was playing the piano when Paul opened up behind me in a wild, distorted voice that was almost like the one he used on “I’m Down.”

I just kept staring down at my hands at the piano, saying to myself, Don’t mess this up, while trying to remember to chime in on the few lines that we’d agreed I’d sing.

A few years ago Elvis and I got together to see if we could write a few songs. First of all, just to see if we could stand the sight of each other, or if we annoyed each other too much, I fixed one of his songs up, then he fixed up one of mine. That led us to find that it was quite easy and we enjoyed it, so one day we decided to write one from scratch. The question then was, where do we start? We had the whole musical universe to choose from – a rock and roll song, a love song, what would it be? – so I said, “Well, let’s start with Smokey Robinson and the Miracles. Let’s think of them”, so we started off and ‘The Lovers That Never Were’ came out. It was our first song together.

We did a nice but very, very rough demo of it, just Elvis and me, but when we tried to record it properly it didn’t really work out. So I ignored it for Flowers In The Dirt and decided to try it again for this album. And we thought of bringing in a 4/4 bass drum over a 3/4 song ~ this is for the musicians among you – which just makes it swing. It’s an old rhythm trick but it made it come alive, and we then had a version that we liked.

In January – February 1988, during the sessions for Flowers In The Dirt, McCartney & Costello recorded it with an orchestral arrangement, but the song was finally rejected for this album.

It was then re-recorded during the Off The Ground sessions between November 1991 and October 1992, in the stripped-down version that appears on the album.

It was a waltz and not working, until Paul said, How about putting a 4/4 on top of this thing. And that was so complicated, waltz and 4/4 at the same time, but I tried and Paul’s looking at me saying, You all right? I’m struggling (claps in fours, stamps in threes), but I say, Just give me five minutes. A real head twister, but it was such a groove. Made the song happen.

I have always needed somebody girl,
But I close the doors to keep out the world.
But for you, I would be here all alone,
Locked in a photograph.
All of the clocks have run down.
Lover beware.
We'll be the lovers that never were.

I hang patiently on every word you send.
Will we ever be much more than just friends?
As for you, you sit there playing this game.
You keep me waiting
When all of the clocks have run down,
All over the world.
We'll be the lovers that never were.

And I know dear, how much it's going to hurt
If you still refuse to get your hands dirty.
So you, you must tell me something,...I love you,
Say goodbye or anything.
All of the clocks have run down.
Time's at an end.
If we can't be lovers we'll never be friends.

See all bootlegs containing “The Lovers That Never Were” 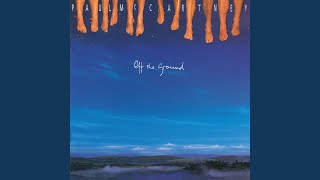 Elvis Costello performed this song in 2017. It was definitely played at Central Park Summerstage in June. I can confirm this as I was there.

Thanks Henry for this ! Doing a bit of research, it seems you've been pretty lucky, as Elvis Costello has only played it 5 times !!! http://www.elviscostello.info/wiki/index.php/Performances_of_The_Lovers_That_Never_Were