Recording the intro of "Tug Of War"

Recording "What's That You're Doing", "Tug Of War"

“Tug of War” is the title track from Paul McCartney’s 1982 album Tug of War. From Wikipedia:

[…] Rolling Stone described the song as McCartney’s equivalent to John Lennon’s “Imagine“. To others, however, “Pipes of Peace” is. The song has a clear division between the verses featuring sad lyrics about the struggle to survive, the necessity of conflict (pushing and pulling) and the hopeful refrain, in which McCartney looks for a future where these struggles are no longer necessary. The lyrics are seen as describing his complex relationship with Lennon, who was killed two years prior.

The album version starts with the sounds of people grunting as part of a real tug of war – a popular sporting event since ancient times, before Paul goes into the song, and then at the end of the song, it fades into “Take It Away“. The single version omits these factors.

From an interview with Newsweek, May 1982:

Did you have John Lennon in mind [when writing the Tug Of War album]?

No. But halfway through it, John was killed. I can’t believe it to this day, I can’t even say those words…But “Here Today” is the only song specifically about that. Obviously, “Tug of War” ties in…And so does “Somebody Who Cares.” I remember being aware of John’s death while writing it.

From an interview with Andy McKay, for Club Sandwich:

You’ve got a few songs you’ve been working on, you’re waiting to record, and in the middle of them was this song called “Tug Of War”, and as that had started by me liking the title and the idea, and seeing that it applied to more than just a sport, I did the song and started just to kind of plonk that in amongst these others that were, you know, ready to go anyway. Any lyrics I had to finish up a little bit would be governed by the new idea of a theme, so I didn’t really want to get too hung up on a theme, ‘cos it’s like everything regimented, and nothing flowing, and I wouldn’t have wanted that really, ‘cos I like the idea of a little bit of regimentation but a lot of stuff that was just kind of free-flying amongst it all. That’s why I kind of say this is a sort of loose concept, sort of starts with a concept, flows into some stuff that you could vaguely say was in the concept, but it starts sort of free-flowing all over the place. But eventually, by the time it gets to the end of the album, it sort of returns to the concept. So you know it’s just like a very loose one.

On the orchestra, we were quite happy with it, but we just weren’t ‘over the top’ happy with it. So we decided to do it again. With George Martin, it was, ‘Oh, come on, let’s really get it right,’ and that attitude really made the album enjoyable, because you know that by the time you finish the album, you’re going to have an album that you started off wanting. 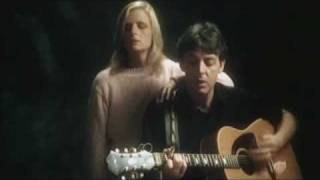