Album This song officially appears on the Spike Official album.

“Veronica” is a single from Elvis Costello’s 1989 album Spike, co-written by Costello with Paul McCartney. The song “Veronica” was co-produced by T-Bone Burnett and Kevin Killen, and features Paul McCartney on his iconic Höfner bass. In 2004, Entertainment Weekly voted it one of Costello’s top ten greatest tunes.

The song focuses on an older woman who has experienced severe memory loss. Costello’s inspiration for this song was his grandmother, who suffered from Alzheimer’s. When talking about the song on a VH1 interview, Costello reminisced about his grandmother having “terrifying moments of lucidity” and how this was the inspiration for “Veronica“. In his 2015 autobiography, Unfaithful Music & Disappearing Ink, Costello wrote of his collaboration with McCartney, “I’d brought an early version of “Veronica” that you would have recognized […] All the words I’d already written were about my paternal grandmother, Molly, or more formally, Mabel Josephine Jackson. In fact, her Catholic confirmation name, Veronica, provided the very title of the song“.

“Veronica” was also Costello’s highest-charting Top 40 hit in the United States, peaking at No. 19 on the Billboard Hot 100 singles chart, No. 1 on its Hot Modern Rock Tracks chart, and No. 10 on its Mainstream Rock Tracks chart.

“Veronica” and its accompanying video depicts an aged woman, probably nearing the end of her life in a retirement home, engaging in detached reminiscences from her life from young girl to young womanhood (played by Zoe Carides). The video for “Veronica” featured Costello delivering a spoken-word monologue to the camera, and occasionally singing the song softly over the original vocal track from the recording. The video, co-directed by John Hillcoat and Evan English, earned an MTV Video Music Award for Best Male Video. […]

It was a strange thing to have been called in to cowrite songs for Paul ‘s next record and to start out with something so personal, as it would have been so very easy to set these words to slow melancholic music of my own. I wanted the song to defy the decay and have some sense of joy, and I suppose the music that Paul and I wrote together even ended up smuggling the story of “Veronica” onto the radio.

Is it all in that pretty little head of yours?
What goes on in that place in the dark?
Well I used to know a girl and I could have sworn
That her name was Veronica

Do you suppose, that waiting hands on eyes,
Veronica has gone to hide?
And all the time she laughs at those who shout
Her name and steal her clothes
Veronica
Veronica

Did the days drag by? Did the favors wane?
Did he roam down the town all the while?
Will you wake from your dream, with a wolf at the door,
Reaching out for Veronica

Do you suppose, that waiting hands on eyes,
Veronica has gone to hide?
And all the time she laughs at those who shout
Her name and steal her clothes
Veronica
Veronica

But she used to have a carefree mind of her own
With devilish look in her eye
Saying "You can call me anything you like,
But my name is Veronica"

Do you suppose, that waiting hands on eyes,
Veronica has gone to hide?
And all the time she laughs at those who shout
Her name and steal her clothes
Veronica
Veronica
Oh Veronica 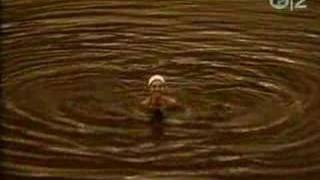 Okay, I know officially he just played bass, besides co-writing the song -- but am I crazy, or do I hear Paul's voice in the background?