According to Roy Orbison, when he was first asked by Brian Epstein to tour England with the Beatles, he responded, “What’s a Beatle?” Orbison was fresh off hits like “Only the Lonely,” “Crying,” and “In Dreams,” and his popularity was rising fast in the U.K., but he wasn’t yet used to Mersey Beat bands with such goofy names. It was his first U.K. tour, and, as Orbison later recalled, he didn’t know what to expect. But the president of the Roy Orbison Fan Club wrote him a letter, explaining that touring with the Beatles would be terrific for him. They were No. 1 in England, Orbison’s fan explained, and would get him more exposure. There was, at first, no doubt about who the headliner would be.

The Beatles certainly knew who Orbison was. He was one of their greatest idols, and Lennon had modeled their first No. 1 on “Only the Lonely.” Later, when the Beatles were photographed with Orbison, Ringo, in particular, looked more than a little excited to be with him.

Nonetheless, by the time Orbison arrived in the U.K., his one-time opener had surpassed him in popularity. In a concession to audience demand, Orbison graciously agreed to share co-billing, and to let the Beatles close out each night.

Not that Roy Orbison would let himself simply be upstaged. Though he was greeted each night with a roar of screaming Beatles fans, clamoring to see their favorite band, he countered, rather ingeniously, by telling his band to play the first song pianissimo (as Spencer Leigh tells it), so that the audience had to hush in order to hear him. Once the crowd had quieted down, Orbison had no trouble transporting them with a few ballads. […]

The band would set up behind Orbison as he finished, hidden behind a curtain, and Harrison remembers listening to him do encore after encore and thinking, “How are we going to following this?” Ringo put it more bluntly: “It was terrible, following Roy. He’d slay them and they’d scream for more.” […]

The competition between the two groups spilled over to the tour bus. Paul later remembered how at the back of the bus Orbison would be writing songs like “Pretty Woman,” and it would just about make them jealous: “He would play us his song,” Paul said, “and we’d say, ‘Oh, it’s great, Roy. Have you just written that?’ But we’d be thinking, ‘We have to have something as good.’ ” As would later happen with groups like the Beach Boys and the Rolling Stones, their competitiveness with Orbison inspired them to produce some of their best work. For his part, McCartney was writing such songs as “All My Loving,” which he began composing on the tour bus and worked out on the piano at one of the venues. 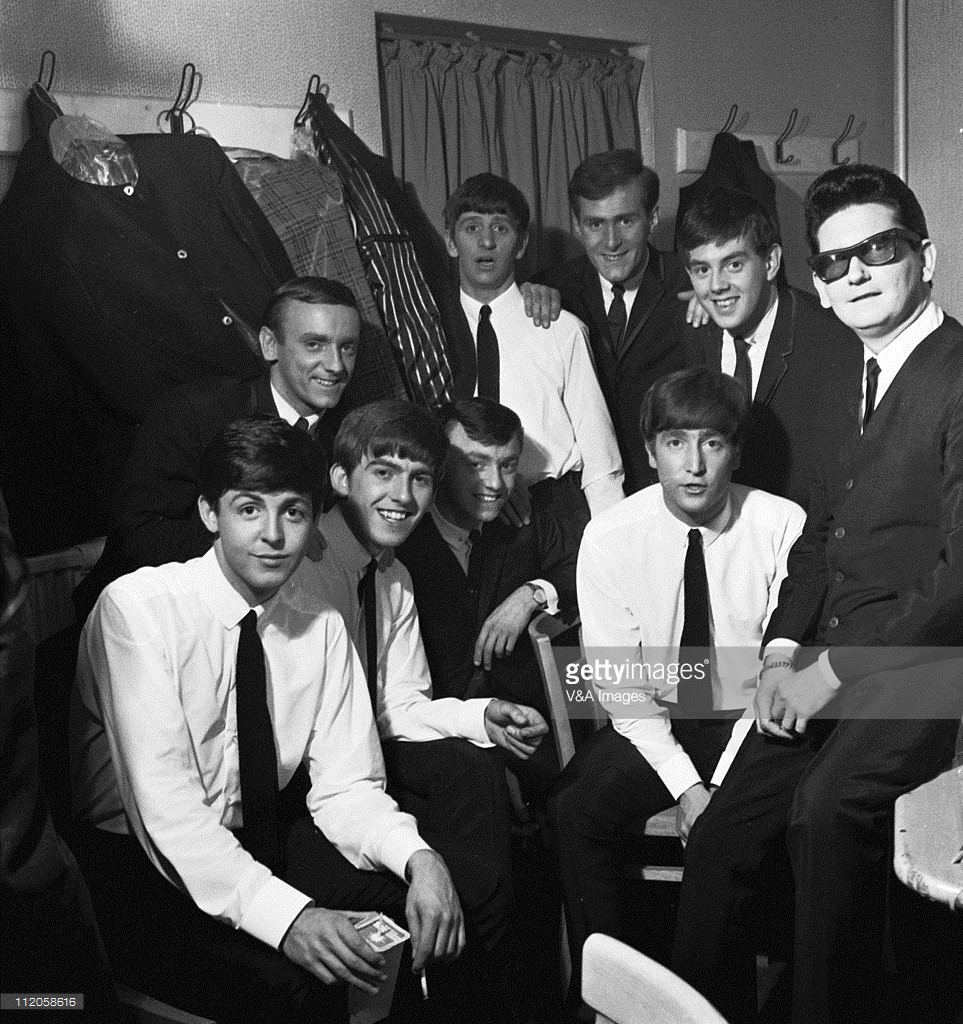