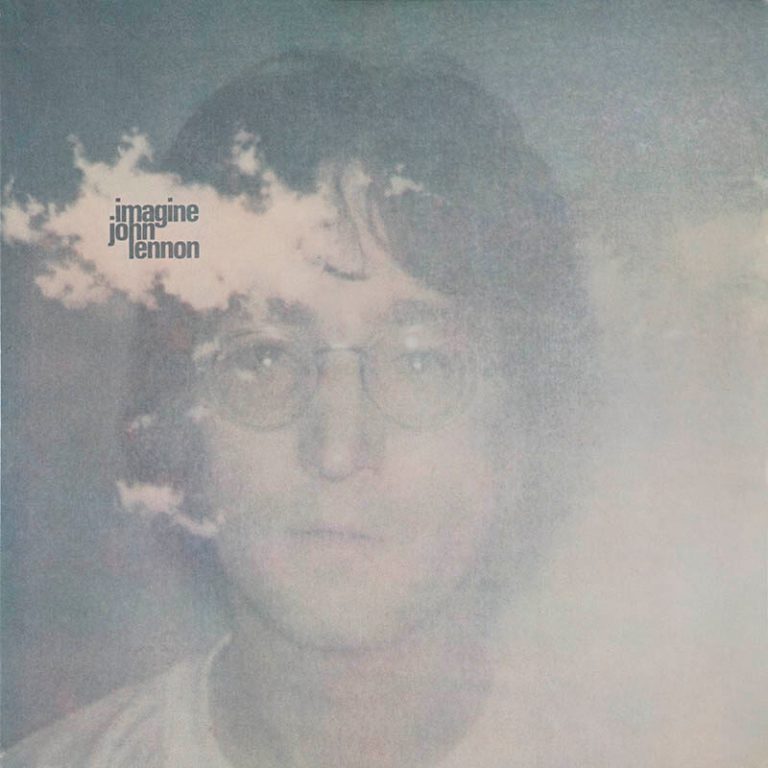 John Lennon’s second solo studio album, “Imagine“, was released on 9 September 1971 by Apple Records. The album was recorded at moments of high tension between Paul McCartney and the three other former Beatles, and therefore contains several references to McCartney and his recent album “Ram“.

The most direct attacks at McCartney are contained in the song “How Do You Sleep?“. From Wikipedia:

John Lennon wrote “How Do You Sleep?” in the aftermath of Paul McCartney’s successful suit in the London High Court to dissolve the Beatles as a legal partnership. This ruling had followed the publication of Lennon’s defamatory remarks about the Beatles in a December 1970 interview with Rolling Stone magazine, and McCartney and his wife, Linda, taking full-page advertisements in the music press, in which, as an act of mockery towards Lennon and Yoko Ono, they were shown wearing clown costumes and wrapped up in a bag. Following the release of McCartney’s album Ram in May 1971, Lennon felt attacked by McCartney, who later admitted that lines in the song “Too Many People” were intended as digs at Lennon. Lennon thought that other songs on the album, such as “3 Legs“, contained similar attacks although McCartney denied it.

The lyrics of “How Do You Sleep?” refer to the “Paul is dead” rumour (“Those freaks was right when they said you was dead”). The song begins with the line “So Sgt. Pepper took you by surprise“, referring to the Beatles’ landmark 1967 album. Preceding this first line are ambient sounds evocative of those heard at the beginning of the Sgt. Pepper’s Lonely Hearts Club Band album.

The lyrics “The only thing you done was yesterday / And since you’ve gone you’re just another day” are directed at McCartney, referencing the Beatles’ 1965 song “Yesterday” and McCartney’s hit single “Another Day“, released in February 1971. Lennon initially penned the lyrics “You probably pinched that bitch anyway“, as a reference to the many times McCartney had made claims that he was not sure if he nicked “Yesterday“, having asked Lennon, Harrison, George Martin and others if they had heard that melody before. Although Lennon received the sole writing credit for “How Do You Sleep?“, a contemporary account by Felix Dennis of Oz magazine indicates that Yoko Ono, as well as Allen Klein, Lennon’s manager, also contributed lyrics.

Lyrics of “How Do You Sleep?”:

Here’s what John Lennon said about “How Do You Sleep?“:

I heard Paul’s messages in Ram – yes there are dear reader! Too many people going where? Missed our lucky what? What was our first mistake? Can’t be wrong? Huh! I mean Yoko, me, and other friends can’t all be hearing things. So to have some fun, I must thank Allen Klein publicly for the line ‘just another day’. A real poet! Some people don’t see the funny side of it. Too bad. What am I supposed to do, make you laugh? It’s what you might call an ‘angry letter’, sung – get it?

There’s really no feud between me and Paul. It’s all good, clean fun. No doubt there will be an answer to ‘Sleep’ on his next album, but I don’t feel that way about him at all. It works as a complete song with no relation to Paul. It works as a piece of music. I started writing it in 1969, and the line ‘So Sergeant Pepper Took You By Surprise …’ was written about two years before anything happened. There was always a musical difference between me and Paul – it didn’t just happen last year. But we’ve always had a lot in common, and we still do. The thing that made The Beatles what they were was the fact that I could do my rock ‘n roll, and Paul could do the pretty stuff … But hardly a week goes by when I don’t see, and/or hear from one of them.

What made you write “How Do You Sleep?,” which contains lyrics such as “Those freaks was right when they said you was dead” and “The only thing you done was yesterday/And since you’ve gone, you’re just another day”?

[Smiles] You know, I wasn’t really feeling that vicious at the time. But I was using my resentment toward Paul to create a song, let’s put it that way. He saw that it pointedly refers to him, and people kept hounding him about it. But, you know, there were a few digs on his album before mine. He’s so obscure other people didn’t notice them, but I heard them. I thought, Well, I’m not obscure, I just get right down to the nitty-gritty. So he’d done it his way and I did it mine. But as to the line you quoted, yeah, I think Paul died creatively, in a way.

It’s not about Paul, it’s about me. I’m really attacking myself. But I regret the association, well, what’s to regret? He lived through it. The only thing that matters is how he and I feel about these things and not what the writer or commentator thinks about it. Him and me are okay.

John Lennon, in the “Imagine” film

Here is how Paul McCartney reacted:

When John did “How Do You Sleep?”, I didn’t want to get into a slanging match. And I’m so glad now, particularly after his death, that I don’t have that on my conscience. I just let him do it, because he was being fed a lot of those lines by Klein and Yoko, I had the option of going for equal time and doing all the interviews or deciding to not take up the gauntlet, and I remember consciously thinking, No, I realty mustn’t. Part of it was cowardice: John was a great wit, and I didn’t want to go fencing with the rapier champion of East Cheam. That was not a good idea. And I also knew that those vibes could snowball, and you start off with a perfectly innocent little contest and suddenly you find yourself doing duel to the death with the Lennon figure and it’s, Oh, my God, what have I carved out here? But it meant that I had to take shit, it meant that I had to take lines like ‘All you ever did was Yesterday.’

Paul McCartney, in Many Years From Now, Barry Miles, 1998

I always find myself wanting to excuse John’s behaviour, just because I loved him. It’s like a child, sure he’s a naughty child, but don’t you call my child naughty. Even if it’s me he’s shitting on, don’t you call him naughty. That’s how I felt about this and still do. I don’t have any grudge whatsoever against John. I think he was a sod to hurt me. I think he knew exactly what he was doing and because we had been so intimate he knew what would hurt me and he used it to great effect. I thought, Keep your head down and time will tell. And it did, because in the “Imagine” film, he says it was really all about himself.

Paul McCartney, in Many Years From Now, Barry Miles, 1998

Another reference to “Ram” in “Imagine” is the picture of John Lennon holding a pig by its ears – Paul McCartney is pictured holding a ram by the horns, in the picture sleeve of “Ram“.