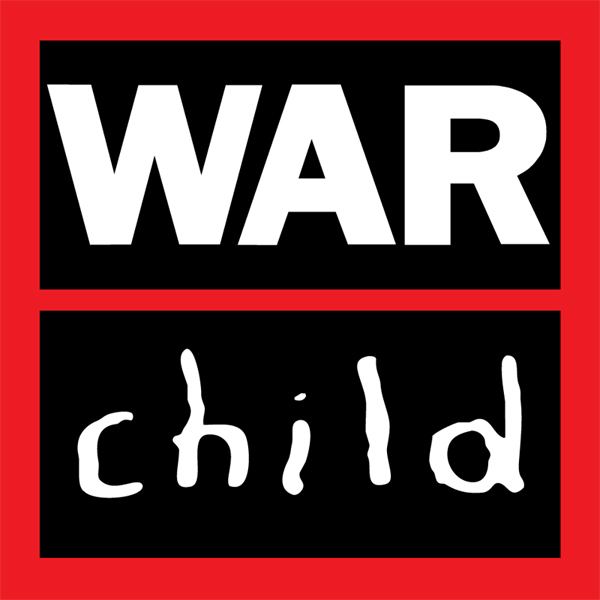 The piece consists of some musical notation. The semi-trained eye reckons it may be a D minor chord with a major seventh added, but since the creator of this chord is Robert Fripp there is no real reason to believe that it should be anything that simple. If we could turn this piece of sheet music over – if it wasn’t framed and hanging on the wall at Flowers East – we would be able to read the following thought for the day: ‘Something has gone terribly wrong. Because of that, many things have gone terribly wrong. Because of that, everything may go terribly wrong.’

It’s true. Something has gone terribly wrong (the war in the former Yugoslavia); because of that many things have gone terribly wrong (for example, nearly half of the children in Sarajevo have witnessed someone being killed); because of that everything may go terribly wrong (traumatised by war this generation will grow up to…what?…repeat the whole cycle of violence?) The charity War Child aims to help treat the psychological scars of war on children, and to raise money for its music therapy division, rock stars were asked to donate works for exhibition and auction. The curator, Brian Eno, suggested that works be kept very small. (Eno is very interested in setting parameters.) Hence ‘Little Pieces from Big Stars’. The response was impressive. Works arrived from David Bowie, Paul McCartney, Bono, The Edge, Bryan Ferry, Iggy Pop and George Michael, amongst others. […]

As at all charity auctions, people applauded wildly whenever anyone paid a significant amount of money for anything. This became slightly sickening, since the applause seemed to be directed towards the amount of disposable income available rather than the buyer’s generosity. Despite some inspired work, it was inevitably the market that proved, if there was any doubt, that ‘Little Pieces’ was being viewed as a collection of music memorabilia, not art. The big money went to the big pop names. A woodcarving by McCartney fetched £12,500 amid dismissive grunts from some tables (but not, one assumes, from Sarajevo). Bowie’s works – prints from an imaginary play ‘We Saw a Minotaur’ – was sold around the £5,000 mark. Bono’s music box, titled ‘When You Wish Upon a Star’, made £1,800 – surprisingly little considering the box contained his ‘Fly’ sunglasses and a gold American Express card in the name of Paul Hewson valid till 06/97. (The Edge’s piece only made £300, confirming the continuation of the cult of the singer.) It was also odd to see George Michael’s sketches for the cover of ‘Faith’ go for only £840. If that isn’t pop history, what is? […]

In September 1994 the exhibition of 150 works opened at the Flowers East Gallery in Hackney. It included contributions from the two McCartneys: Paul’s 2” x 2” driftwood carving and four of Linda’s photographs. David Bowie exhibited 17 computer-generated prints. Bono, a music box containing sunglasses. Charlie Watts, a drawing of a hotel telephone. Billy Bragg, a brass rubbing of a manhole cover. Pete Townsend, a 2.5” x 2” model of a Rickenbacker guitar.

Brian [Eno] surpassed them all with six contributions, including four sculptures made from plaster and nails: ‘Ancient Head’, ‘Nude in Light Victorian Snowstorm’, ‘Siren’ and ‘Fruit Prison’, and a Japanese forest ambient recording played on a camouflaged cassette player.

After a two-week exhibition the pieces were auctioned at 140 the Royal College of Art. Paul McCartney’s contribution alone sold for over £12,000. The evening resulted in a £70,000 donation to War Child.

In 1997, Paul McCartney would contribute to another similar event organized by War Child, named “Milestones“.