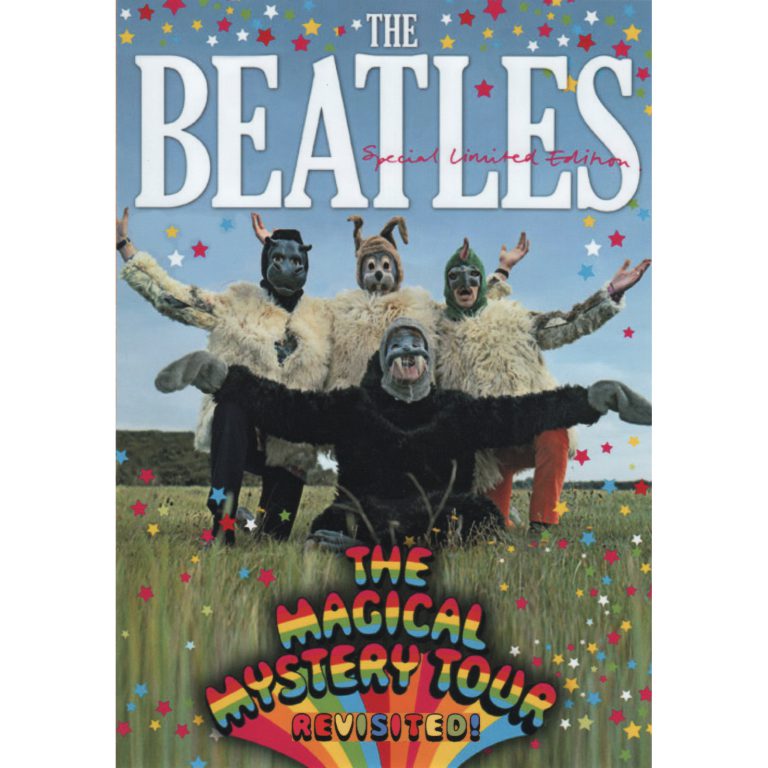 Songs you will never forget, the film you have never seen and a story that has never been heard. In 1967, in the wake of the extraordinary impact of Sgt. Pepper, The Beatles made a film – a dreamlike story of a coach daytrip, a magical mystery tour. It was seen by a third of the nation, at 8.35pm on BBC1 on Boxing Day – an expectant public, hoping for some light entertainment for a family audience.

However, Magical Mystery Tour was greeted with outrage and derision by middle England and the establishment media.

‘How dare they’, they cried. ‘They’re not film directors. Who do they think they are?’ they howled. Where were the four lovable moptops of Help! and A Hard Day’s Night?

What propelled The Beatles to make this surreal, startling and – at the time – utterly misunderstood film?

Roll up, roll up for the mystery tour!

It includes interviews of Paul McCartney and Ringo Starr.