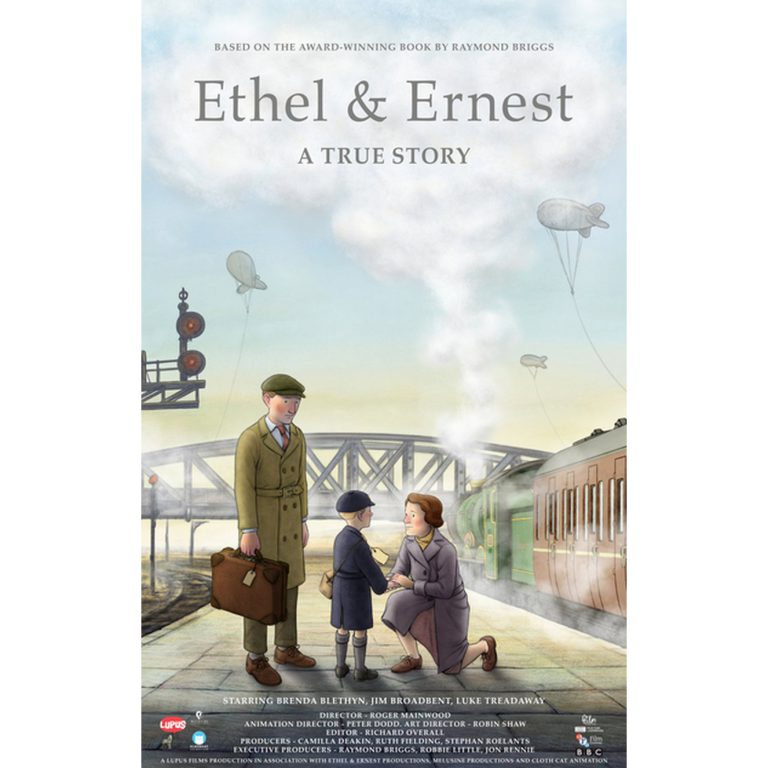 In The Blink of An Eye

On this day, the animated film “Ethel & Ernest” was premiered at the 60th BFI London Film Festival. The film features an original song from Paul McCartney, named “In The Blink of An Eye” and used over the end credits of the film.

A new Paul McCartney song, written and performed by the former Beatle, appears on the soundtrack for the Raymond Briggs adaptation Ethel and Ernest, the Telegraph can exclusively reveal. The animated film, based on Briggs’s moving 1998 storybook about the lives of his parents, premieres this afternoon at the London Film Festival.

Jim Broadbent voices Briggs’s father, milkman Ernest, while Brenda Blethyn plays his mother Ethel, who worked as a lady’s maid before meeting her future husband in 1928. The film tells the story of the couple, from their marriage to the birth of their son (Briggs, played by Luke Treadaway), to their experiences during the Second World War and post-war years.

McCartney’s new song, titled In the Blink of An Eye, plays over the end credits of the movie.

Getting one of the most famous names in pop music to write a track for your film might sound like a bit of a daunting challenge but Ethel and Ernest director Roger Mainwood says he had an advantage: McCartney was already a fan of Briggs’s work.

“I knew that Paul McCartney was a big animation fan and I knew that Raymond Briggs’s book Fungus the Bogeyman had influenced Paul’s 1980s track Bogey Music,” he explained. “So I asked Raymond if he might write a letter to Paul to see if he was interested in composing a track for Ethel and Ernest,  which he did on Fungus the Bogeyman headed paper!“

“It obviously worked and we were thrilled when Paul said he was interested,” he continued.  “We met up and he produced a CD which included a track called Mum and Dad theme.  This eventually became In the Blink of An Eye which we have used in the film.“

Composer and conductor Carl Davis, who worked with McCartney on the star’s 1991 Liverpool Oratorio (McCartney’s first venture into classical territory), provided an original score for the film, and also contributed to In The Blink of An Eye.

“The song was recorded with Paul performing the lyrics and many of the instrument and string arrangements were conducted by Carl Davis and performed by the Chamber of Orchestra of London,” said Mainwood. “It is an incredibly moving and fitting ending to our film and we were very honoured to have both Paul and Carl on board.“

Fittingly enough for a film inspired by Briggs’s memories of his parents, Ethel and Ernest also includes a version of a jazz track originally written by McCartney’s own father in the 1920s, Walking in the Park With Eloise.

Briggs himself has said that he is pleased with the film, particularly with the casting.

“Brenda Blethyn and Jim Broadbent got my parents absolutely spot on,” said the 82-year-old author and illustrator, whose best-known book is the tear-jerking 1978 Christmas tale The Snowman (which became a universally-adored short film in 1982).

“When their voices came over, it was like my Mum and Dad were in the room. I thought there they were, I kept almost looking round to see…’Hello Dad are you there?’ They did the voices so beautifully. It couldn’t be better.“