Paul McCartney’s second Desert Trip gig featured an unexpected guest as the singer welcomed Rihanna to the stage to perform their joint “FourFiveSeconds.”

“We finally found someone under the age of 50,” McCartney joked as Rihanna exited the stage following the performance, making light of the Desert Trip demographic.

“FourFiveSeconds,” also co-written by Kanye West, has been a mainstay in both Rihanna and Paul McCartney’s set lists since the single’s arrival in January 2015. McCartney and Rihanna’s “FourFiveSeconds” duet at Desert Trip marked the first time the singers had performed the track together since the 2015 Grammy Awards.

Like McCartney’s Desert Trip set on October 8th, Neil Young, his partner on the Saturday night bill, again joined the Beatle onstage to perform “A Day in the Life” mashed up with John Lennon’s “Give Peace a Chance” as well as the “White Album” rocker “Why Don’t We Do It in the Road?“ 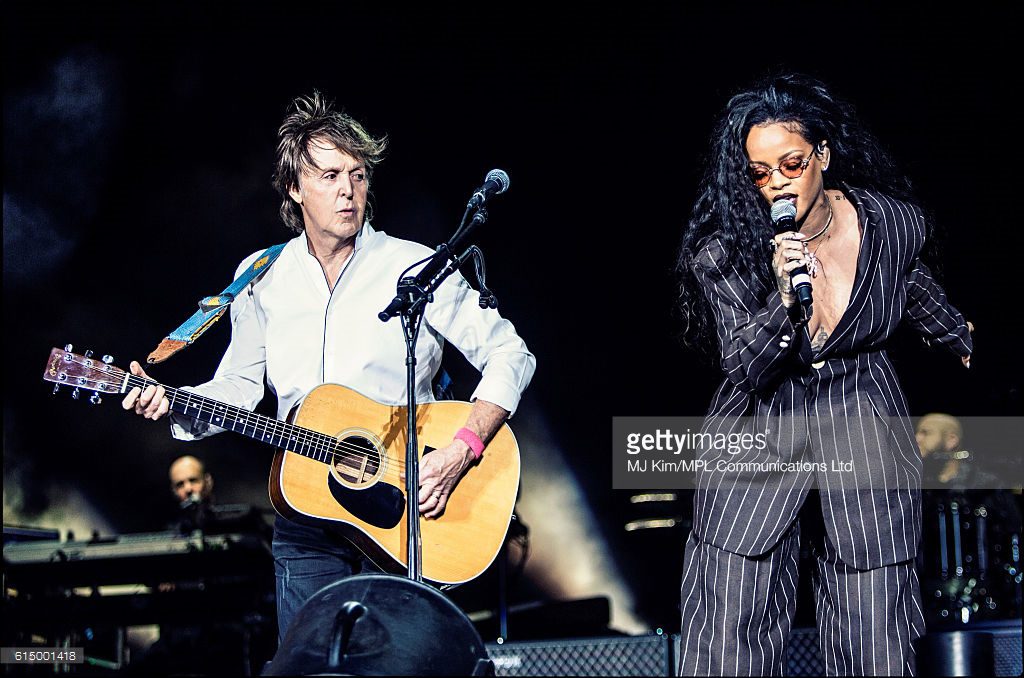 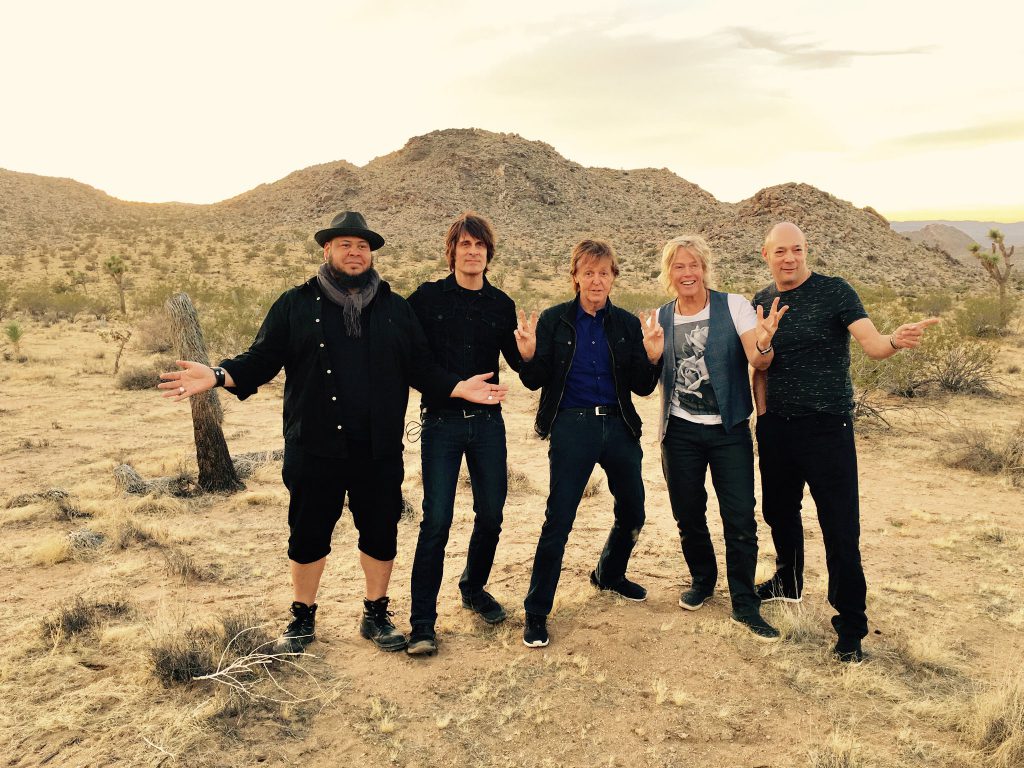 From Twitter – What a buzz rocking the Desert! Thank you #DesertTrip @NeilYoung @rihanna and everyone! ? ✌ @DesertTripIndio

In October, over two weekends, Paul appeared at the Desert Trip music festival in Indio (CA). In between the two weekend shows, Paul played a surprise gig to 300 lucky fans at Pappy and Harriet’s Palace in Pioneertown

Paul: Desert Trip was a trip. Just being in that company! First weekend, we went on the Friday to see Bob Dylan and The Stones. It was very exciting seeing them anyway, but seeing them in this big desert occasion was great. And then the next night there was Neil Young, and us, and then the next night there was The Who and Roger Waters, of Pink Floyd. It was a heck of a line up, quite a historic weekend!

We enjoyed it the first weekend. And then the second weekend I think we were even more settled in. First weekend, Neil guested with us, which was great. Second weekend he guested with us again, and this time he played a longer solo. It was just a joy. Because, I’ve known him a long time, and being beside his beaming face and both of us grinning like Cheshire Cats. It was great fun. And the audience loved it, and it was a huge audience!

And then Rihanna playing on the second weekend! She’s such a cool girl. Great singer. We had hardly any rehearsal, but it was pretty much the record. We did it like the record and I took Kanye’s part, so that was very exciting.

Then midweek, we decided we’d just do a crazy pop-up thing, at this biker’s roadhouse in Pioneertown, which is near the Joshua Tree National Park. We actually arrived in the area a bit early, so we could go to the National Park. We all went, got out the car, had our photos taken with the Joshua Trees and even though we didn’t stay long, it was nice, it was sunset. It was great and we had a band photo taken. And then we sort of hopped off and then went to Pappy and Harriet’s, which is this biker roadhouse. A great little gig. It was pretty magical because there was a little barn, where we got to rehearse in. But all our gear was at the little gig, so we didn’t have any equipment. We just had to rehearse acoustically! So you know, when it was time for the guitar solo of ‘Junior’s Farm’, like, “Take me down, Junior!” We all had to go really quiet, so you could hear Rusty.
It was great though. Somebody, a reviewer I think, was with some kids who couldn’t get in, and they actually really enjoyed this little rehearsal – they could hear it! And they had to have listened hard, because we had to play so quietly! But it was fun when the solo came around, we all just went to like zero volume almost. That was a good thing, it set us up. Then we did the gig, which was just hot and sweaty.

And we’d invited David Hockney, a great English painter. He came and I said, “David, I hope you’re gonna sketch this!” He said, “Oh, I haven’t got anything with me.” And I said, “Well, what about your iPad?” He’s really good on the iPad, he paints on it. And he said, “Oh, I haven’t…” And then somebody said, “Your iPhone!” So he did. He sketched on his iPhone. I haven’t seen any results yet, but he loved the gig apparently. He sent us a note saying that that he loved it. It was a very special little show. And that’s it – 2016!

This was the 2nd concert played at Empire Polo Club.