Paul McCartney: Inside the Songs

“Got to Get You into My Life” is a song by the Beatles, first released in 1966 on the album Revolver. It was written by Paul McCartney, though officially credited to Lennon–McCartney. The song is a homage to the Motown Sound, with colourful brass instrumentation, and lyrics that suggest a psychedelic experience. “It’s actually an ode to pot,” McCartney explained. A cover version by Cliff Bennett and the Rebel Rousers peaked at number six in 1966 in the UK. The song was issued in the United States as a single from the Rock ‘n’ Roll Music compilation album in 1976, six years after the Beatles disbanded. It reached number seven on the Billboard Hot 100 chart, the Beatles’ last top ten US hit until their 1995 release “Free as a Bird“.

Though officially credited to Lennon–McCartney, McCartney was primarily responsible for the writing of the song, to which he also contributed lead vocals. It was recorded at Abbey Road Studios between 7 April and 17 June 1966 and evolved considerably between the first takes and the final version released on album. The song seems to have been hard to arrange until the soul-style horns, strongly reminiscent of the Stax’ Memphis soul and Motown sound, were introduced. The brass was close-miked in the bells of the instruments then put through a limiter. The percussion instrument most predominant is the overdubbed tambourine.

The song starts with a blaring brass fanfare, McCartney’s vocals entering at 0:07. The chorus of the song appears at 1:04, with the song’s title sung. The song then switches between a verse and the refrain. A short electric guitar solo that is reminiscent of the riff from “Paperback Writer” appears at 1:53 and at 2:10 the horn fanfare re-enters. The song closes with fading vocals of McCartney, much akin to the soul records of the time. The mono and stereo mixes of the recording feature different ad libs in the fade-out – the presence of a second vocal track is also more subtle for most of the mono version. Backing vocals were recorded early but later eliminated.

In Barry Miles’ 1997 book Paul McCartney: Many Years from Now, McCartney disclosed that the song was about marijuana. “‘Got to Get You into My Life’ was one I wrote when I had first been introduced to pot … So [it’s] really a song about that, it’s not to a person.” Many lyrics from the song suggest this: “I took a ride, I didn’t know what I would find there / Another road where maybe I could see some other kind of mind there.“,’“What can I do? What can I be? When I’m with you, I want to stay there / If I am true, I will never leave and if I do, I’ll know the way there.” “It’s actually an ode to pot,” McCartney explained, “like someone else might write an ode to chocolate or a good claret.“

Thomas Ward of Allmusic said, “McCartney’s always been a great vocalist, and this is perhaps the best example of his singing on Revolver. One of the overlooked gems on the album.” When asked about the song in his 1980 Playboy interview, John Lennon said, “Paul’s again. I think that was one of his best songs, too.” […]

Got To Get You Into My Life was one I wrote when I had first been introduced to pot. I’d been a rather straight working-class lad but when we started to get into pot it seemed to me to be quite uplifting… I didn’t have a hard time with it and to me it was mind-expanding, literally mind-expanding.
So Got To Get You Into My Life is really a song about that, it’s not to a person, it’s actually about pot. It’s saying, I’m going to do this. This is not a bad idea. So it’s actually an ode to pot, like someone else might write an ode to chocolate or a good claret.

Mono [a] has a noticeably longer fade (8 seconds) that helps, and louder bass and percussion. The brass sound on mono [a] was augmented on June 20 by lifting brass sound from the master and overdubbing onto the mix done on June 17. This overdub, being on the mix tape, was not done in stereo [b]. [a] and [b] have different vocals at the fade, the line “every single day of my life”, which may be the use of different vocal tracks of the doubletracking.

What we had to get into our lives, it seemed, was marijuana. Until we happened upon marijuana, we’d been drinking men. We were introduced to grass when we were in the US, and it blew our tiny little minds.

What happened is that we were in a hotel suite, maybe in New York around the summer of 1964, and Bob Dylan turned up with his roadie. He’d just released Another Side of Bob Dylan. We were just drinking, as usual, having a little party. We’d ordered drinks from room service — scotch and Coke and French wine were our thing back then — and Bob had disappeared into a back room. We thought maybe he’d gone to the toilet, but then Ringo came out of that back room, looking a bit strange. He said, “I’ve just been with Bob, and he’s got some pot,” or whatever you called it then. And we said, “Oh, what’s it like?” and he said, “Well, the ceiling is kind of moving; it’s sort of coming down.” And that was enough.

After Ringo said that, the other three of us all leapt into the back room where Dylan was, and he gave us a puff on the joint. And you know how a lot of people take a puff and think it’s not working? We expected something instantaneous, so we kept puffing away and saying, “It’s not working, is it?” And suddenly it was working. And we were giggling, laughing at each other. I remember George trying to get away, and I was sort of running after him. It was hilarious, like a cartoon chase. We thought, “Wow, this is pretty amazing, this stuff.” And so it became part of our repertoire from then on. How did we get our pot? To tell you the truth, it just showed up. There were certain people you could get it from. You just had to know who had some.

I was alone, I took a ride
I didn't know what I would find there
Another road where maybe I
Could see another kind of mind there

Ooo, then I suddenly see you
Ooo, did I tell you I need you?
Every single day of my life

You didn't run, you didn't lie
You know I wanted just to hold you
And had you gone, you knew in time
We'd meet again for I had told you

Ooo, you were meant to be near me
Ooo, and I want you to hear me
Say we'll be together every day
Got to get you into my life

What can I do, what can I be?
When I'm with you I want to stay there
If I'm true I'll never leave
And if I do I know the way there

I was alone, I took a ride
I didn't know what I would find there
Another road where maybe I
Could see another kind of mind there

And suddenly I see you
Did I tell you I need you?
Every single day

Concert From the concert in Dortmund, Germany on Oct 17, 1989

Concert From the concert in Dortmund, Germany on Oct 17, 1989

2:54 • Outtake • C • Take 5. The arrangement of Paul's Got To Get You Into My Life altered significantly from first studio outing to last, the released version (Take 9) being layered with vocals and brass in addition to the group's own rhythm tracks. When the song was first aired in the studio, on 7 April, the Beatles recorded Takes 1 to 5, marking the last of these "best" (temporarily, as it turned out) and overdubbing vocals for the first time. The result is a piece of work scarcely comparable to the released version, with its different musical structure and some alternative lyrics. By the end of this session two of the tracks on the four-track tape had been filled, and doubtless the vacant ones would also have been completed had the Beatles decided to press on. Instead, returning to Abbey Road the next day, they shelved Take 5 and moved on the song in a different direction.

See all bootlegs containing “Got to Get You Into My Life” 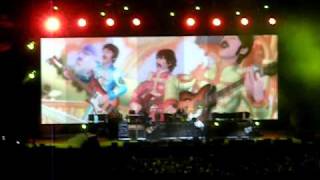 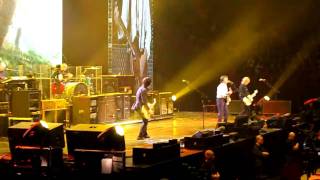 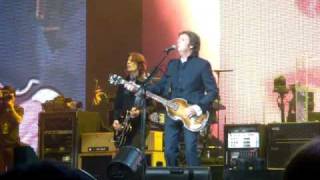 “Got to Get You Into My Life” has been played in 290 concerts and 11 soundchecks.